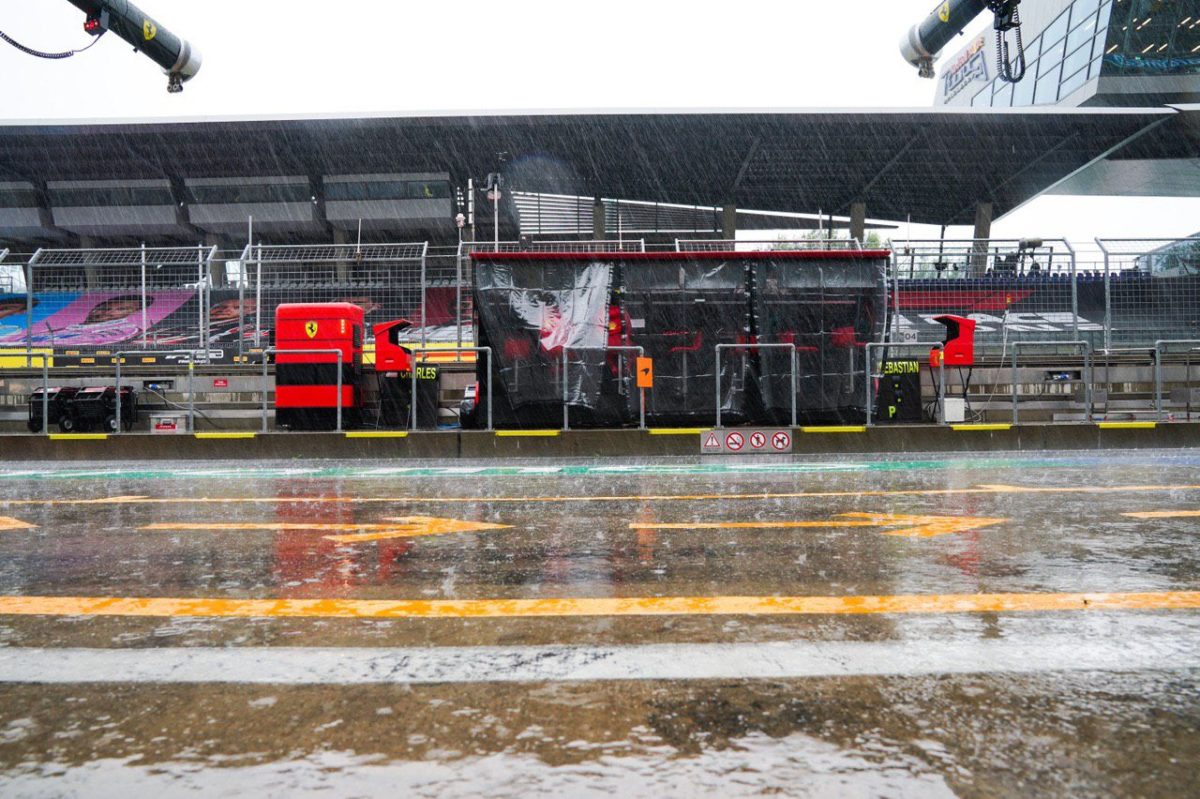 Practice 3 for the Styrian Grand Prix has been cancelled, Race Control has confirmed.

With heavy rain still falling at the Red Bull Ring, the call came around 20 minutes before the hour-long session was due to end at 21:00 AEST.

It had initially been delayed indefinitely shortly prior to its scheduled start.

Qualifying is due to take place at 23:00 AEST but could well be postponed to Sunday morning (local time).

If it does not go ahead, the starting grid for the second race of the 2020 Formula 1 season would be set on the basis of Practice 2 results.

“This is a big front coming through, moving slowly but predictably, so there’s a chance maybe at the end of today we’ll get some running, but certainly tomorrow looks fine,” F1’s Managing Director, Motorsport, Ross Brawn, told Sky Sports F1 a short time ago.

Asked what happens if no running is possible today (Saturday, local time), he reaffirmed, “We’ll have Qualifying tomorrow.

“We’ve got a schedule tomorrow which means we only lose the Formula 2 Sprint Race and one of the Porsche races (Supercup), so we think tomorrow we can fit everything in, so there’ll be Qualifying in the morning.

“If we can’t do that, then the FP2 times become relevant, but I hope we don’t need to do that and I think we’ll have Qualifying in the morning.”