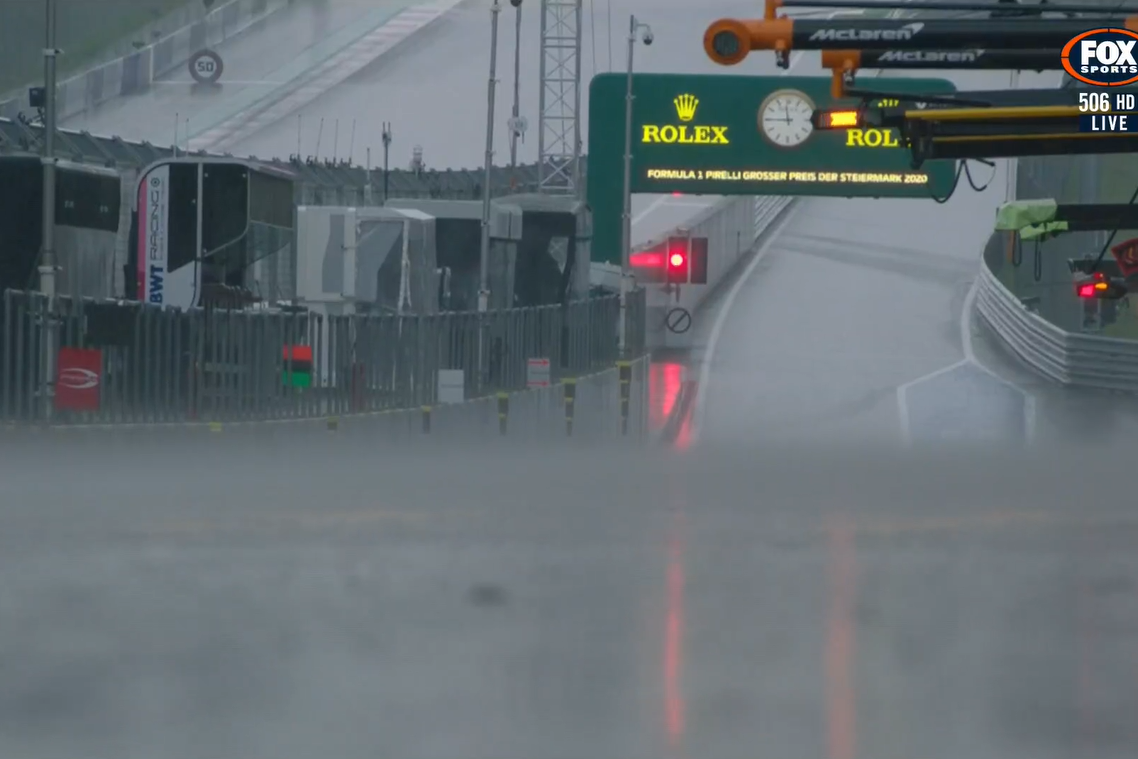 The Red Bull Ring just prior to the scheduled start of Practice 3 pic: Fox Sports

Practice 3 for the Styrian Grand Prix has been delayed due to heavy rain at the Red Bull Ring.

As forecast, the Saturday programme at the Austrian circuit has been affected by extreme weather, which led to an early end of the first Formula 3 race by way of a red flag after 14 laps of a scheduled 24.

The third Formula 1 practice session of the weekend is due to start at 20:00 AEST but a message from Race Control advises “Start of FP3 delayed indefinitely”, amid rivers of water on the race track.

Should that session be washed out entirely and it not be possible to run Qualifying, currently scheduled for 23:00 AEST, either today or on Sunday morning, the starting grid would be set on the basis of Practice 2 results.

“If a worst-case scenario was to come about, we’ve already had a look and Qualifying could take place on Sunday morning,” Race Director Michael Masi told the F1 world feed on the first on-track day of the event.

“If we had a complete washout on Saturday, Free Practice 3 and Qualifying didn’t take place and hypothetically Qualifying couldn’t happen on Sunday morning because of weather, we would revert back to Free Practice 2 times.

Under the ‘complete washout’ scenario, Red Bull Racing’s Max Verstappen would start from pole position and Daniel Ricciardo at the very back after he crashed his Renault before setting a lap time in Practice 2.