Edwards: Aero issues ‘not a priority’ for Supercars during pandemic

Edwards: Aero issues ‘not a priority’ for Supercars during pandemic 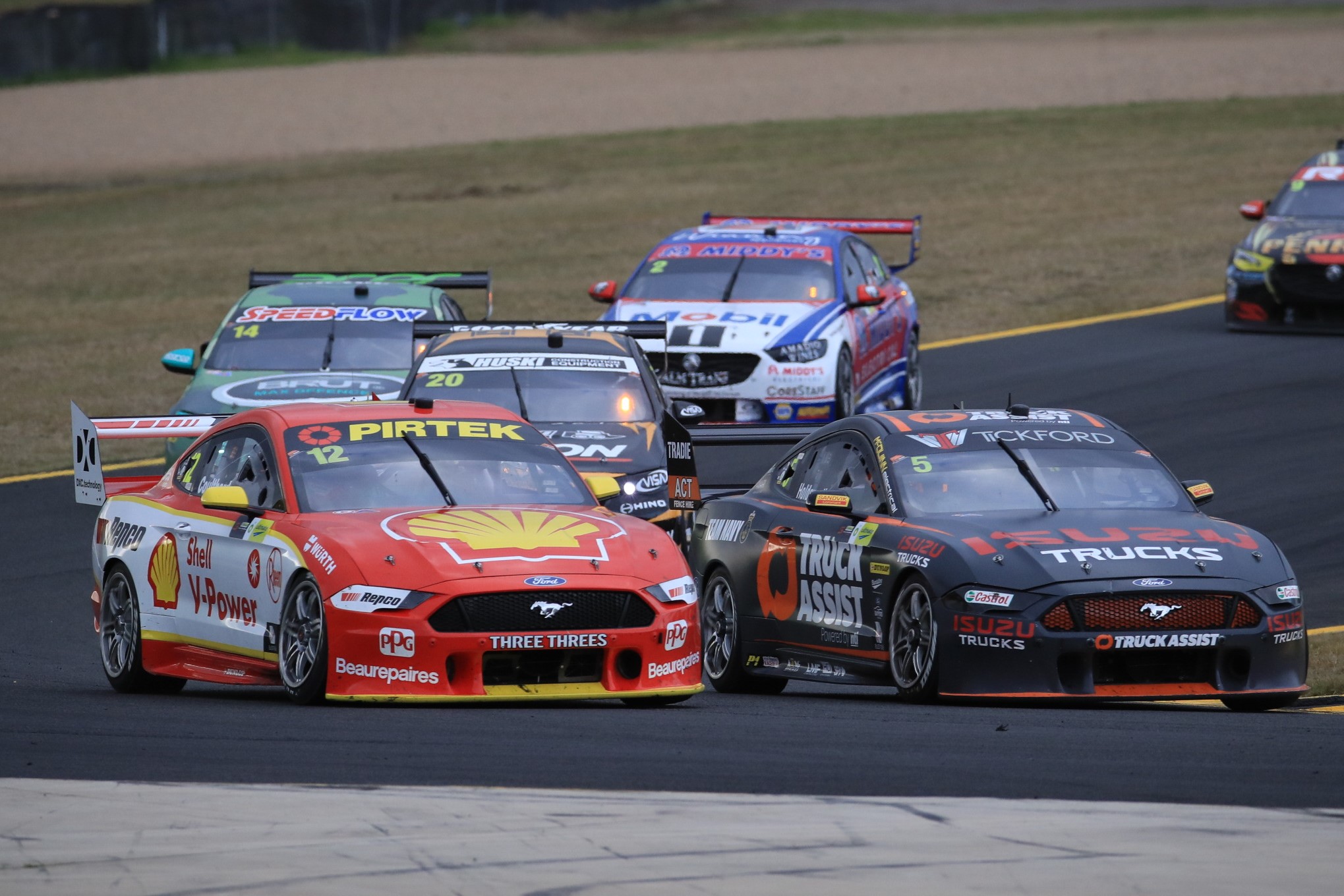 Supercars Commission member Tim Edwards says aerodynamic issues are “not a priority” for the category in the midst of the coronavirus pandemic.

Edwards’ comments come after Fabian Coulthard and Shane van Gisbergen both described washout as “the worst it’s been” at the BP Ultimate Sydney SuperSprint in late June.

That’s despite revisions to the respective aerodynamic packages of the Ford Mustang and Holden ZB Commodore, which cut downforce levels by an estimated 12 percent.

Scott McLaughlin was also dissatisfied after the first Sydney Motorsport Park event and Rick Kelly felt an increase in downforce from the Nissan Altima to the Ford Mustang.

Edwards said cars are particularly susceptible to aerodynamic washout at Sydney Motorsport Park due to its long radius corners.

However, the Tickford Racing boss added there are no quick fixes in the midst of a season already plagued by the coronavirus pandemic.

Instead, their current focus is going racing and improving it through other means.

“There’s an awareness, but it’s nothing more than an awareness at the moment,” Edwards told Speedcafe.com.

“Every circuit is different and for all the circuits you go to that you may have got those comments, Sydney was definitely going to be one of those tracks with those fast, rolling corners.

“We’re conscious of it, and I’m sure further discussion will take place at a point in time, but it’s not a priority at the moment.

“Getting back racing is the number one priority for everybody at the moment.”

Edwards noted that comments by drivers about the aerodynamic difficulties were made after Race 7 of the season, which saw much of the field running on a similar strategy.

“So, you’ve got exactly the same result at the end because there was no difference. (On Sunday) they all did different things. So, that mixed it up.

“That’s probably a good example of why forcing or encouraging teams to do different things will give us a better result because the first race they did the same thing and of the three races it was probably the most boring because those three cars did just do exactly the same strategy.”

Edwards noted recent sporting and technical rule revisions led to more variation in the results in Race 8 and Race 9 as teams jostled their allocation of new and used sets.

While there are no aerodynamic quick fixes, Supercars can at least play with tyre allocations and compounds.

Drivers and teams were receptive to the changes at the first Sydney Motorsport Park event.

However, there is a school of thought that changes like that shouldn’t need to be made to improve the racing and that cars should be less downforce dependent and able to follow closer.

Supercars will continue to experiment with tyre allocations amid shorter races that no longer require refuelling.

Teams will have four sets of soft compound and three sets of hard compound tyres at the next Sydney Motorsport Park event on July 18-19.

Two sets of soft tyres must be returned after Practice 2 meaning that in at least one race the teams will have to use hard compound tyres.

“You’ve got five seconds difference between different options there. So, that’s being brave and giving up five seconds on the track with the hope that you’ll be able to claw it back.

“So, you’ve got those sorts of things as well, that’ll come into play, and it’ll really put a focus on the efficiency of the crews as well.”

“For so long now when you’re refuelling the cars, you’re really paying no attention to the tyres because the longest part of the stop’s the fuel,” he added.

“It really put a focus on the tyre guys and on the crew and they played their part in the result more than they normally would.”

Future rounds of the championship at the forthcoming Sydney event, Darwin, Sandown, Tasmania and season-ender in Sydney will see teams allowed three sets of hard tyres and two sets of soft tyres.