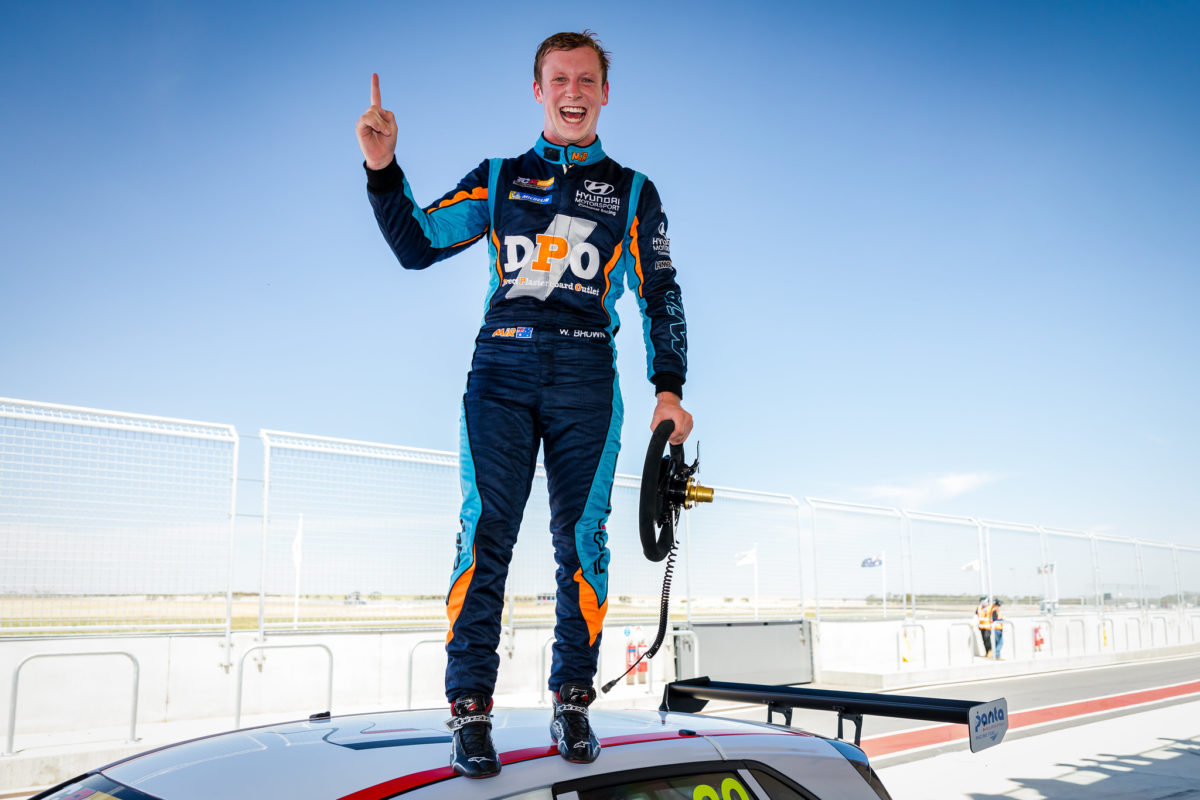 Newly announced Hyundai junior Will Brown is still keen on racing in World TCR next year, when he will make the step to a full-time Virgin Australia Supercars Championship drive.

Brown has been named a member of the Hyundai Motorsport Customer Racing Junior Driver programme after winning the inaugural TCR Australia series last year in an i30 N.

It was also during 2019, however, that he reached an agreement with Erebus Motorsport to step up from a Pirtek Enduro Cup role to become a fully fledged Supercars Championship driver in 2021.

The stated aim of the Hyundai programme is to progress drivers to the TCR-specification World Touring Car Cup, a competition which Brown expressed an interest about racing in upon claiming the local title last September.

The 22-year-old remains hopeful of fulfilling that ambition in some form, alongside his Supercars commitments.

“You never shut down any doors,” Brown told Speedcafe.com.

“I’d love to go over and do some World TCR stuff. It’d be awesome. It’s massive overseas. I probably didn’t realise how big it was over there as a category until last year when I was racing it.

“To go there and do a few races, yeah, definitely, I’d love to do it.”

As to whether he would be allowed to do so should the opportunity arise, the Queenslander is hopeful.

He believes such permission would depend on how he is able to balance another year of racing in both the Dunlop Super2 Series, with Erebus-aligned Image Racing, and TCR Australia.

“Betty (Klimenko, team owner) and Barry (Ryan, CEO) are very good about not… (it is) not holding you back because Supercars is (actually) the pinnacle, but they also want you to be able to do other stuff. They’re very much for you doing as much as you can.

“I obviously broached to be a (Hyundai) junior driver with them, and Betty was more than happy; there was no convincing done. She was excited for me, and so was Barry.

“This year, they’ll evaluate it, TCR and Super2. Obviously, last year, it didn’t affect my results, but I guess they will evaluate that and, from next year, go from there.”

Erebus could expand to a three-car Supercars Championship operation next year, with Penrite Racing incumbent Anton De Pasquale’s future not yet decided.

“I think it’ll be great for us as a team,” he remarked.

“They can help me out a lot, also. Having that alliance, running a Hyundai, and being with HMO Customer Racing, it’ll definitely help.

“TCR was very competitive last year, but I think this year it’ll even be another level.

“Anything we can get to be the best team there, we’re going to do, so it’s great to have me with HMO Customer Racing as a (Hyundai) junior driver.”

The Super2 Series resumes with Round 2 at the Truck Assist Sydney SuperSprint on July 18-19, while TCR Australia kicks off for 2020 at Sydney Motorsport Park on September 4-6.