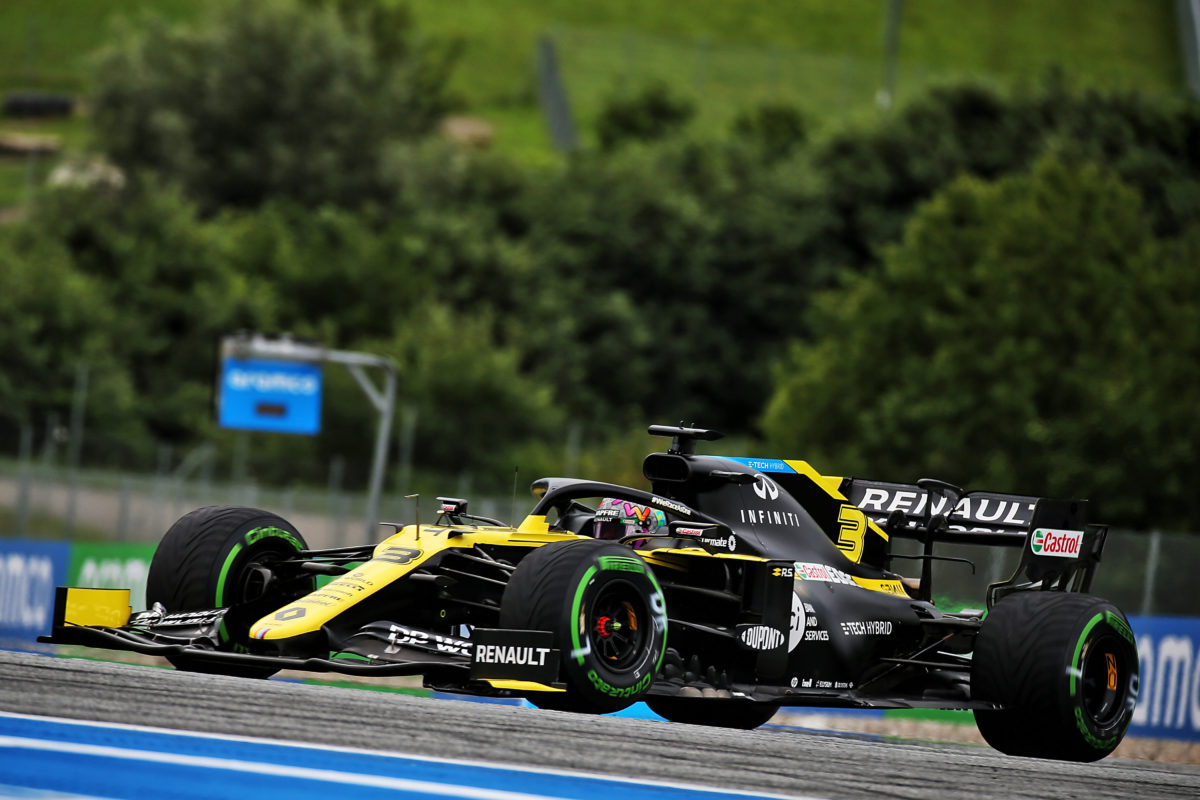 Daniel Ricciardo believes that Renault is “right at the front” of Formula 1’s midfield battle despite there being room for improvement after the season-opener.

The West Australian retired after just 17 laps of the Austrian Grand Prix due to a cooling issue while new team-mate Esteban Ocon spent a chunk of the race battling outside the top 10 before taking the chequered flag in eighth position.

Racing Point, particularly through Sergio Perez, showed strong pace through practice and qualifying, while last year’s top midfield team in McLaren got Lando Norris onto the podium, albeit fourth on the road, and Carlos Sainz to fifth.

Ricciardo did at least make it through to Q3 in what he says was an encouraging performance, although the R.S.20 still needs work as a race car.

“With fuel, obviously there’s a lot more weight and a lot more stress on the tyres in particular, and it’s just the way we go about that and managing the car and let’s say the energy being put under the tyres and the load with the extra fuel,” he said regarding race conditions.

“Especially, the track was really hot on Sunday and it probably just got away from us for a few of those reasons.

“The race was obviously a bit cut short for me, but I think even though I did only a small amount of laps, I think there were still some things which I learned from the race which we can be better at.

“But quali-spec car, I think we’re there. Hard to say what position I think we are, but in that midfield, I want to say we’re in that [group], right at the front of it, within a tenth.”

Ricciardo was last of those who made it through to the final phase of qualifying but says his car is “where we want to be” on one-lap pace.

The seven-time grand prix winner’s only Q3 flyer was compromised by the Valtteri Bottas off which eventually led to a grid penalty for Lewis Hamilton’s failure to heed the yellow flags.

“From the second row back, it is tight. I was happy with the car really from the get-go on Friday (last week). I think Lap 1 was solid and we built from there.

“Qualifying, we were a bit unlucky with the yellow, otherwise I think we were a top seven, safe to say top eight car.

“I think we’re there, at least where we want to be. We’re certainly in that fight.”

Practice for the Syrian Grand Prix starts tonight at 19:00 AEST.