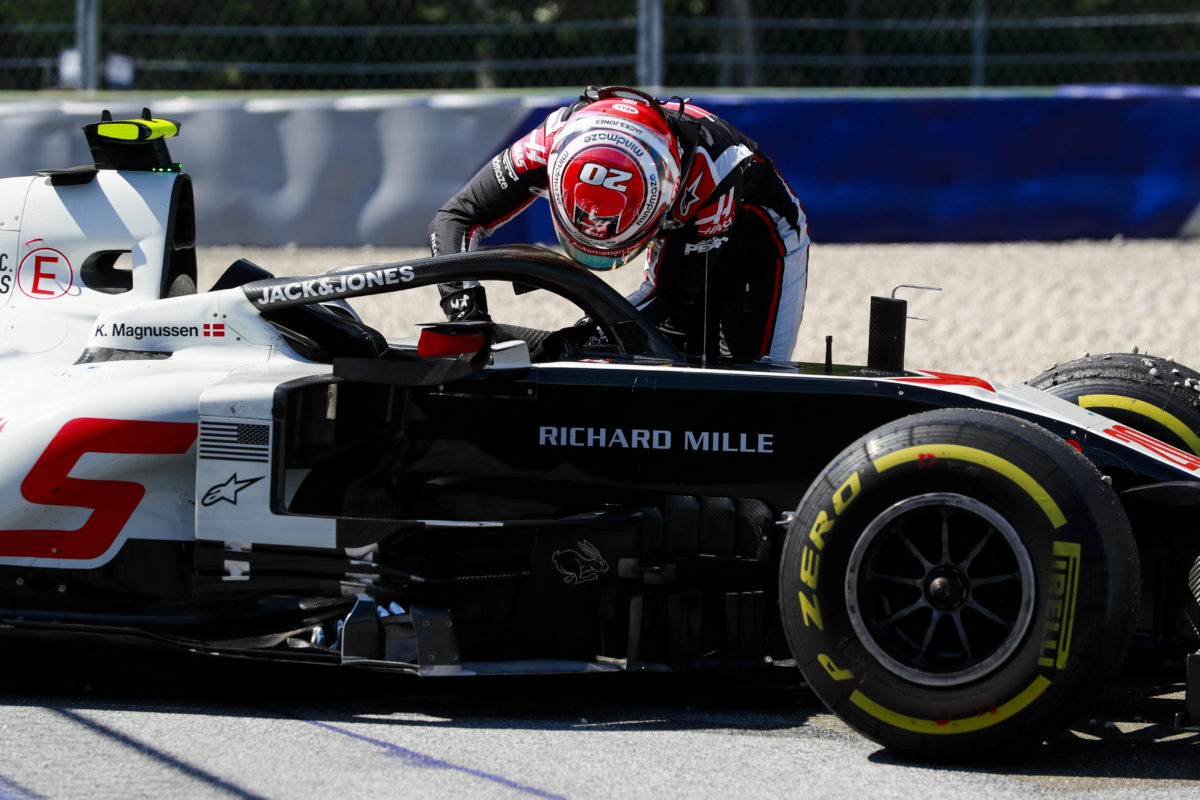 The Haas F1 Team believes it has resolved the brake issues which blighted it during the opening round of the Formula 1 season in Austria last weekend.

Both Romain Grosjean and Kevin Magnussen were forced out of the race when their brakes overheated.

F1 is set to return to the Red Bull Ring for this weekend’s event, the Styrian Grand Prix, leaving the team little time to resolve the issues which saw it chalk up a double-DNF.

“Not the greatest result or performance, but I think we learn that we know where we are at, what we need to work on,” Team Principal Guenther Steiner told Speedcafe.com.

“The issue with the brakes was just an underestimation of the cooling capacity and we just overheated them.

“We have got a different step in cooling,” he added.

“Obviously more cooling the brakes, less performance to get out of the car, aerodynamically.

“So, we need to see also how the weather is, if it is colder than it was last weekend.

“But we have got another step in the brakes and we did some work in CFD, back at home to see if we can improve it even more.”

Importantly for the squad, the car appears to be a step forward from the VF-19 it raced last year.

Such were the troubles it endured, the team reverted to running cars in different specifications in an effort to understand the issues it was experiencing.

That process has netted returns, with Steiner confident the VF-20 has incorporated the lessons from a difficult 2019.

“We always said, last year, the second once we find out that we had aerodynamic deficiency in the rear, we didn’t create enough downforce and that didn’t put enough load on the tyres and the tyre just cruise down too much,” Steiner explained.

“This year, that problem seems to be solved.

“That, at least, it looks like that we are well on top of it, so we just need a little bit more performance, overall, in the car now.

“At least in the race, if we have no issues, we can fight. I mean, for sure, not for the top place, but we can fight.

“The car is a lot better than last year; last year we had just the tyres, we couldn’t get them… we just couldn’t keep them alive. This year we can.

“When Kevin was in the running I don’t think it was bad. I mean, we could fight with (Esteban) Ocon and get already to lift and coast a lot because of the brake temperature.

“Austria’s particularly bad for brakes anyway, so we have got one more to do there, and then we should get a little bit relief on that side.

“But back to our performance, we can fight with the Alfas, we can fight Williams. I mean, Ocon, we could fight. So, that’s a good thing.

“We need to do a little bit more work in the set-up as well.

“There is potential there to get it better, so it’s not all bad, but still a lot of work in front of us.”

The Styrian Grand Prix, the second successive event to be held at the Red Bull Ring, beings with opening practice this evening, starting at 19:00 AEST.