Brad Jones Racing ‘in a good place’ amid ‘crazy times’

Brad Jones Racing ‘in a good place’ amid ‘crazy times’ 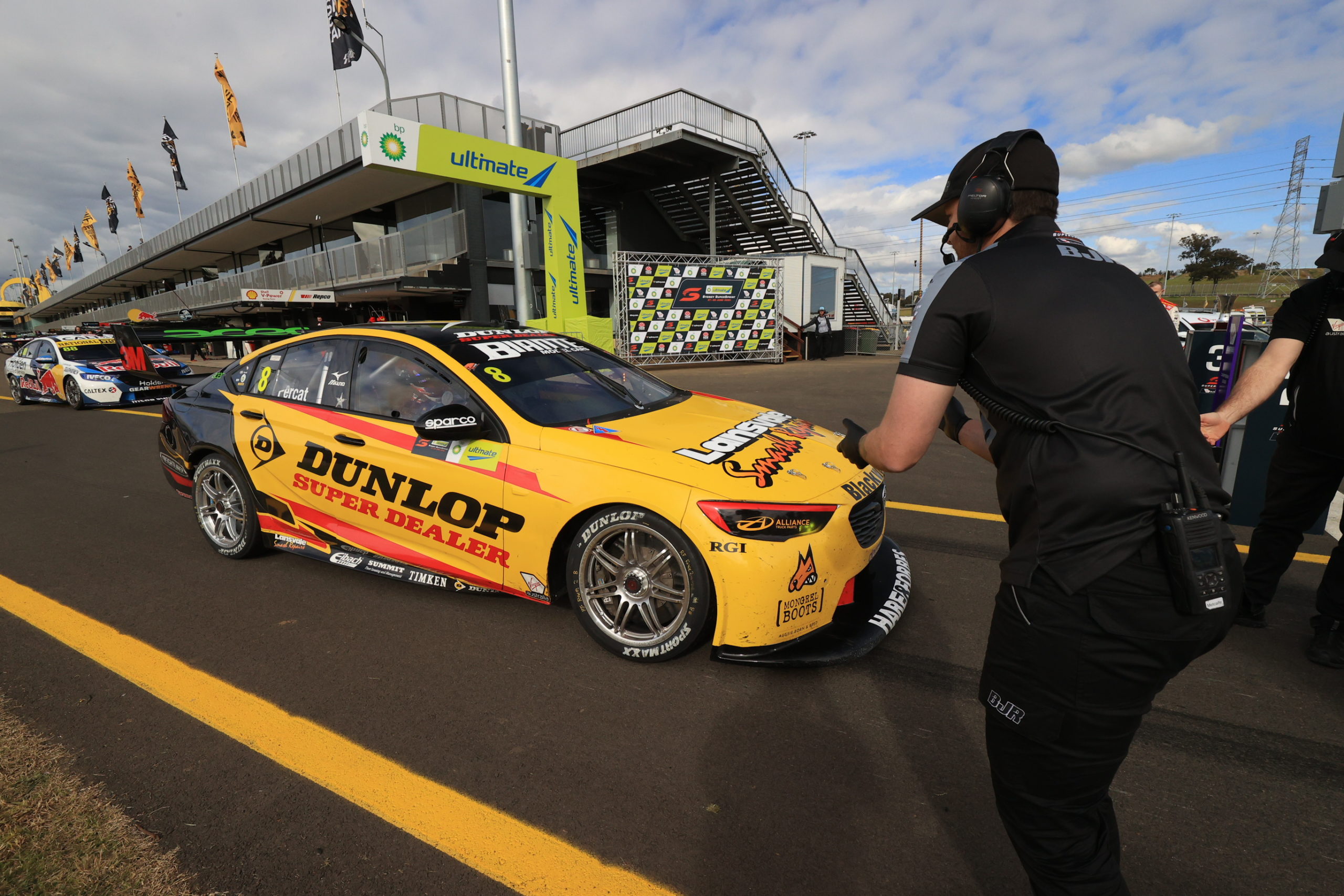 Brad Jones says his team is “definitely in a good spot” after Nick Percat’s breakthrough win at Sydney Motorsport Park.

Percat claimed a surprise win for the team at the BP Ultimate Sydney SuperSprint, making the most of an alternative tyre strategy to charge through from fifth to first.

His weekend was bookended by finishes of fifth and ninth, moving him up to seventh in the Virgin Australia Supercars Championship standings.

A slew of technical and sporting regulations changes have shaken up the Supercars field.

It’s a balancing act though, with teams limited in their tyre allowance.

Team owner Brad Jones, who is part of the Supercars Commission that brought in the new rules, said the changes have worked well for his time.

“This is only our second race this year, so in terms of car prep, and what we’re doing with the cars, it hasn’t really changed much,” Jones told Speedcafe.com.

“We had a great weekend (in Sydney) and I feel like we’re definitely in a good spot.

“All the cars are pretty fast. So in terms of strategy, and what was going on in the races, clearly, that’s worked out well for us,” Jones said of the formats.

“But, if you look at Nick’s overall points, I think he was third on the weekend anyway, and part of that is time management, and car speed, and all that sort of stuff.

“I think we’re in a pretty good spot at the moment, and just really just taking one race at a time.”

Jones nearly netted two back-to-back wins in Round 3 of the season.

In only his fifth race with the team, Todd Hazelwood put himself in a position to charge through the field and potentially challenge Scott McLaughlin for a win.

However, an anti-roll bar failure meant he couldn’t make the most of his tyre life as the balance of his car was thrown off.

At the time, Hazelwood said he believed he was on course for a podium if not a win.

“I definitely think he was on for a podium,” Jones said of Hazelwood’s performance.

“We had the same type of strategy that Lee had, and we had a decent gap on Lee, so it was massively frustrating to watch, but these things happen, and he had great pace.

“Hopefully he’s going to get another chance soon to get on the podium. Those opportunities don’t come knocking very often.

“It was very disappointing for the team, for car #4, and the crew, and Todd, not to bring some silverware home because he was certainly on for it.”

With their focus now firmly on the forthcoming round next weekend – the second straight event at Sydney Motorsport Park – Jones has high hopes for the team.

“We just go down and do the best we can, to be honest,” he said.

“I feel like we’re in a good place. The cars seem to have really good pace.

“These are such crazy times at the moment. It’s hard to predict what’s going to happen in a week or two, let alone anything much further down the road.

“Certainly you get a bit of pep in your step when you pick up a win.”

Brad Jones Racing will be back on track at the Truck Assist Sydney SuperSprint, which is set to take place on July 18-19.