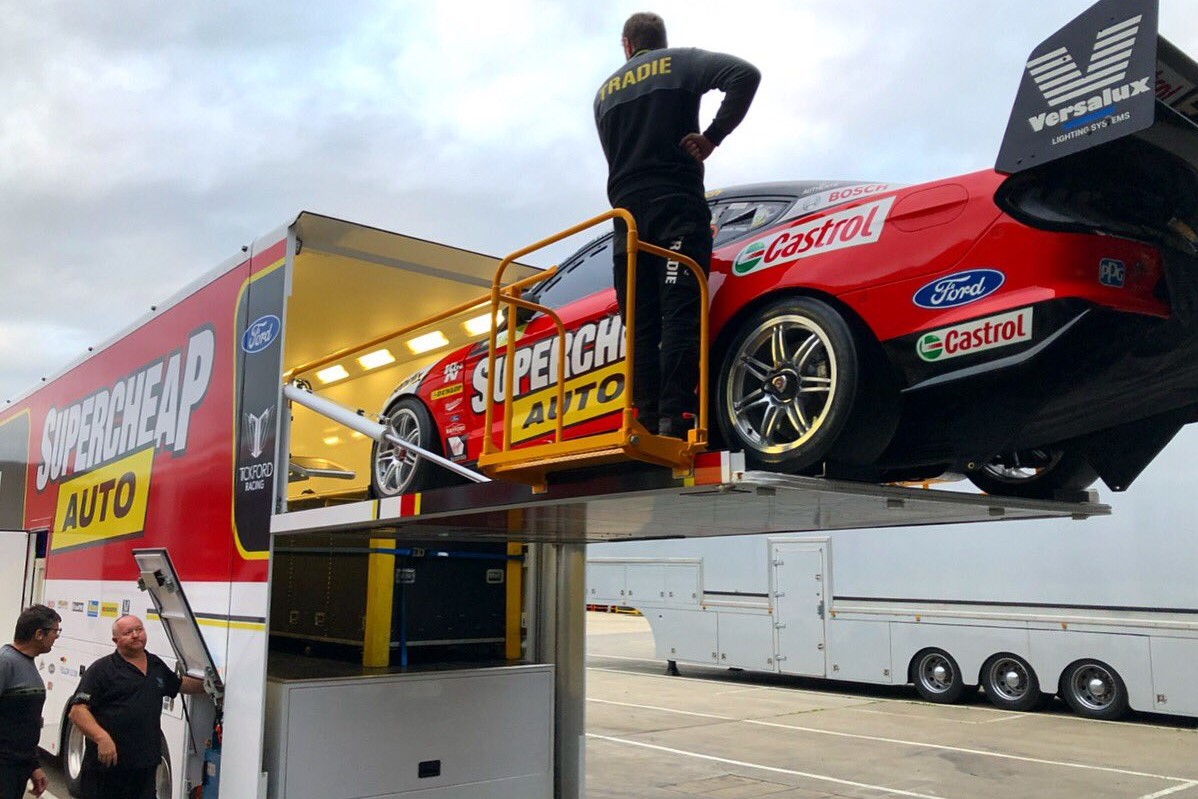 Erebus Motorsport and Tickford Racing say they acted professionally and have sought to mitigate the risk of coronavirus, defending this week’s border dash.

As Victoria grapples with the so-called second wave of COVID-19, five Virgin Australia Supercars Championship teams fled the state on Monday ahead of this week’s border closure.

The New South Wales border was shut on July 6 at 23:59 local time/AEST to Melburnians and closed to the entirety of Victoria on July 7 at midnight.

Meanwhile, Kelly Racing has opted to move its operations to a family farm on the New South Wales side of Mildura.

Melbourne-based drivers Todd Hazelwood and Nick Percat have also relocated to Albury where Brad Jones Racing is based, but they may be forced to move as well in light of recent developments.

As a result, the move across state lines has safeguarded the Truck Assist Sydney SuperSprint, which is set to take place on July 18-19.

Teams now face the prospect of at least five weeks on the road with back-to-back Darwin events in the pipeline and no certainties beyond that.

Motorsport Australia boss Eugene Arocca said it was “not a great situation” for the Supercars teams to have to pack up and leave in a matter of hours.

Asked whether the border dash was a bad look for the sport, Tickford Racing boss Tim Edwards said Supercars had taken appropriate measures to mitigate the risk of coronavirus.

He said it would be unfair to compare teams and other Supercars associated personnel to the Victorian public given the precautions put in place.

His team has since conducted voluntary coronavirus tests having made it across the border to their new temporary lodging at Sydney Motorsport Park.

“You can’t compare us to the regular public because we’re not behaving like that,” Edwards told Speedcafe.com.

“We are very conscious of the privileged position we’re in, but we are doing everything to make sure we don’t put anybody at risk.

“There’s a lot more to it. We’re not like Mad Max and racing to the border like bloody criminals.”

It’s a sentiment echoed by Erebus Motorsport CEO Barry Ryan who, like Edwards, said the optics may not look great but believed the sport was acting appropriately.

“The biggest thing I see is that morally some people can look at what we’ve done as wrong,” Ryan explained.

“When you see the border is closed you’re supposed to stay at home.

“As a sport, hopefully, people see professionally we’ve done what we need to do to keep the sport going as safely and responsibly as we can.

“We can make sure we’re getting COVID tests so everybody in New South Wales knows we’re doing the right thing.

“If we show symptoms or the test results are bad then we deal with it from there. We’ve just got to make sure no one sees anything of what we’re doing as irresponsible.”

At the first Sydney Motorsport Park event in late June, teams were separated by their respective states in the designated hotel adjacent to the circuit.

On-site temperature checks were also conducted on arrival to the circuit and social distancing measures were introduced as well.

Some teams such as DJR Team Penske have made independent moves to mandate the use of masks with the likes of Scott McLaughlin and Fabian Coulthard wearing a mask at all times whilst outside their trailers.

Ryan said the first event at Sydney Motorsport Park was proof that the sport can operate in a coronavirus environemt.

The second Sydney event will see the return of spectators who will not have access to the Supercars paddock.

“All the teams behaved,” Ryan said.

“The hotel across the road from Sydney Motorsport Park is like a little prison.

“But everyone rightly treated it like that, they went into their rooms and didn’t come out.

“It’s what you had to do to remain safe.”

Edwards observed the Victorian public will continue to go to work without being tested for coronavirus whilst Supercars teams will be held to a higher safety standard with regular testing.

“There are not many businesses that are left to have had their staff COVID tested,” he said.

“Much like the AFL, it’s mandatory COVID testing. We are taking all the precautions so we’re not like normal businesses, we are the same as AFL.

“Initially, we started doing it off our own bat just to be proactive, but it’s now morphed into a requirement to satisfy the government authorities, it’ll be what they stipulate.”

Ultimately, Edwards said the move across states will ensure the championship survives.

“We know we’ve got to deliver as a sport,” said Edwards.

“We all realise why we’re doing it. It’s still a big ask for people.

“We were all pretty happy a couple of weeks ago when we got back on track and thought finally some normality has come back into our lives and that was pretty short-lived.

“We’ve just got to make sure we contain what’s going on in Vicotria at the moment so we can still compete in other states.

“The last thing we need is the whole country going back into lockdown, that just changes everything for everybody.”