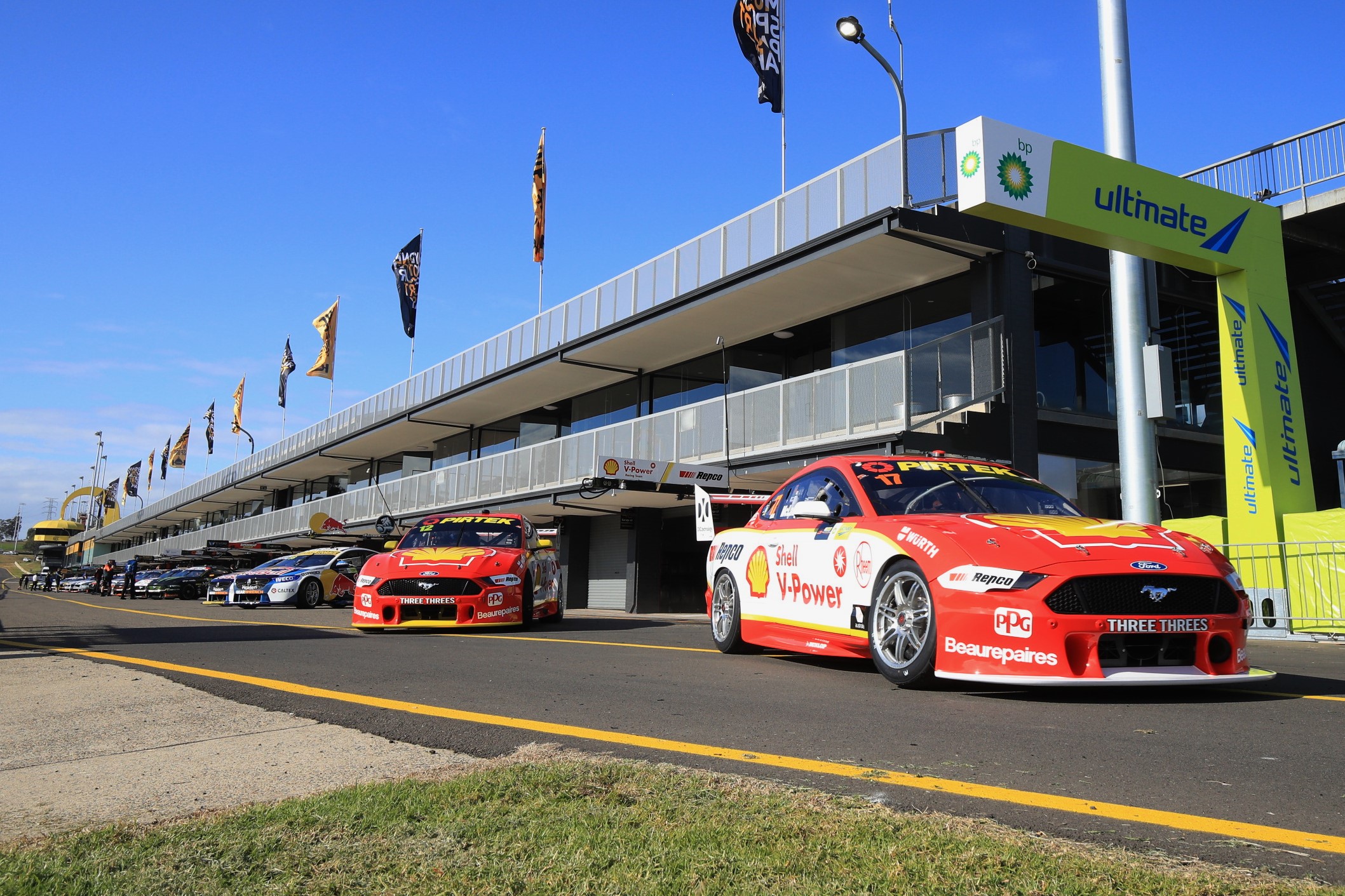 Scott McLaughlin says Supercars teams should be prepared to race frequently and on weekdays while Victorian teams are away from home.

Erebus Motorsport, Tickford Racing, Team 18, Kelly Racing, and Walkinshaw Andretti United were all displaced from their respective homes this week.

That came as a result of new border restrictions introduced on July 6. The teams subsequently left Victoria for New South Wales, most of which have based themselves out of Sydney Motorsport Park.

In the days following there have been suggestions that teams could be away for at least five weeks, others not ruling out being away for two months.

Speaking on the latest Balls & Bumpers podcast, McLaughlin believes racing frequently may be necessary amid a turbulent period for Victorian teams.

“I’m a big fan of doing back-to-back stuff, similar to the NASCAR type of thing if we go to Darwin,” said the two-time Supercars champion.

“I’ve seen there are some reports of potentially doing another race the next week. I think that would be awesome.

“Even a place like that, why can’t we potentially do races during the week like we did with the Eseries? Maybe do a one-off race.

“Especially if we go to a track for a second time, there’s no reason why we can’t just roll out with the same set-up with one practice, qualifying, and a race on a weekday.

“I think we need to make the most of this unfortunate circumstance and the best thing to put a positive spin on it is actually going out on the race track.

As it stands, the next round of the Virgin Australia Supercars Championship will take place at Sydney Motorsport Park on July 18-19.

From there, it is expected teams will move to Darwin with the prospect of a doubleheader on the cards. Supercars is currently scheduled to race at Hidden Valley Raceway on August 8-9.

Having noted recent reports about Darwin, the 27-year-old said making the most of good weather in the Northern Territory could facilitate twilight racing.

McLaughlin said the championship should also look to host races during the evening, referencing the success of the BP Supercars All Stars Eseries.

“Certainly, if you look at the Eseries, one of the first nights we were trending number one on Twitter,” he said.

“I can’t remember the last time a Supercars race, apart from Bathurst, has trended number one or very close to the top on Twitter.

“I’m a big fan of mid-week races, consecutive races, in prime-time slots. If a track can hold night (races), like Sydney, it’s purpose-built for night (races) now, why can’t we do it?

“I think it would be awesome. For Darwin, what an awesome place to have a night race or a twilight race up there? Perfect weather.

“You can have fans up there, it’d be an awesome spectacle. It’d be something so cool. I hope they do go that way for sure.

McLaughlin said Supercars has done everything right to date, but said a unified approach between Queensland and Victorian teams must be taken.

“We need to make sure this works,” he said.

“If this doesn’t work there’s a lot of people that are unfortunately in a bad situation job-wise and sponsors that have put a lot of money in that doesn’t get the reward they’re asking for.

“What we’re doing right now and what we’ve done with the Eseries, I’ve said it a number of times, we’ve done everything right to this point. We’ll keep jumping hurdles together.

“It needs to be all in. It can’t be just, we’re a little bit in, we’ll dip our toe in the water, we need to be flexible, and that includes us.

The Virgin Australia Supercars Championship is set to resume on July 18-19 with the Truck Assist Sydney SuperSprint.