Webber: Vettel better off to call it quits with Ferrari early

Webber: Vettel better off to call it quits with Ferrari early 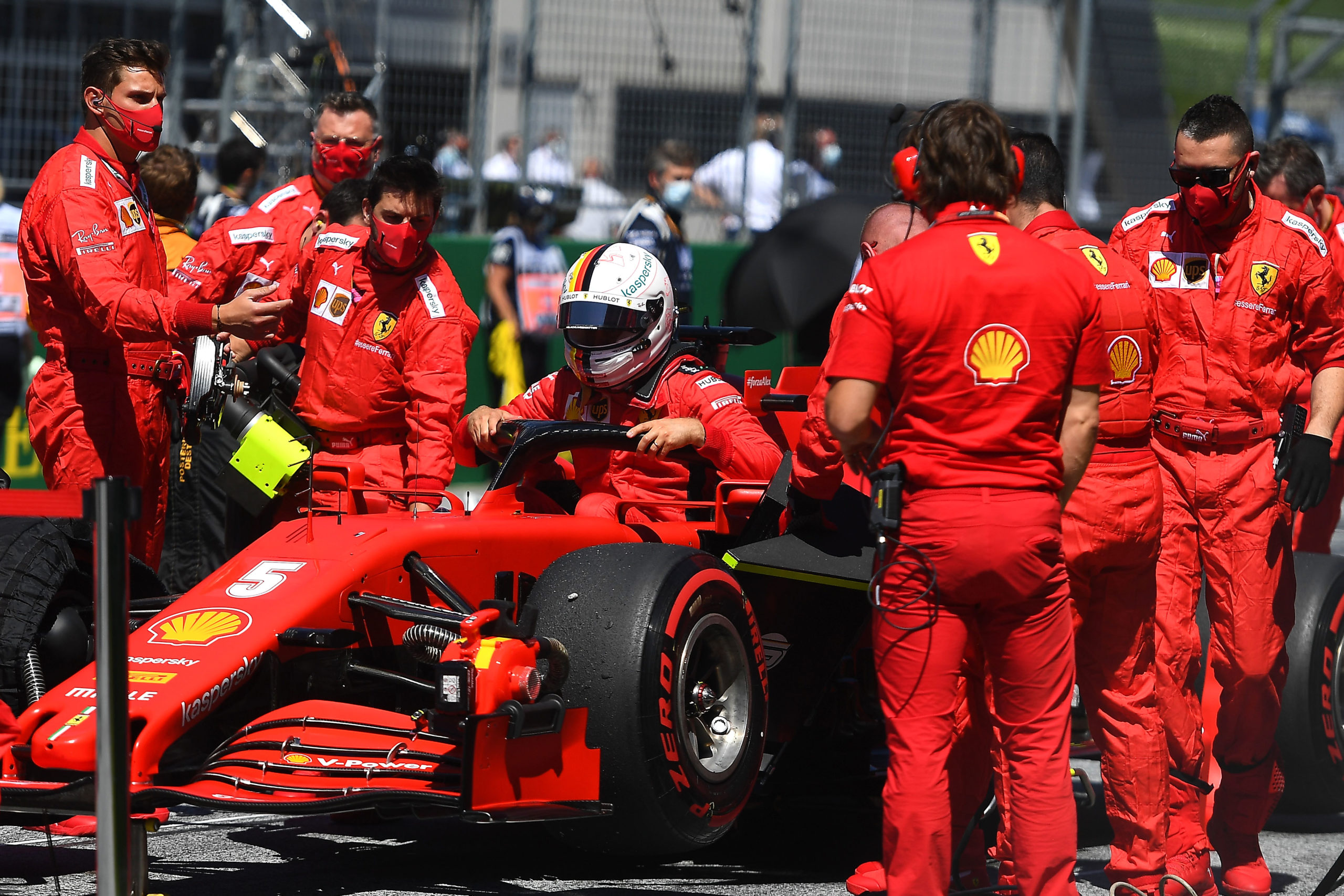 Mark Webber believes it would be “better for everyone concerned” if Sebastian Vettel and Ferrari could end their relationship early.

Vettel faces an uncertain future in Formula 1 with his contract set to expire with the Maranello team at the end of 2020.

The four-time Formula 1 champion will be replaced by incumbent McLaren driver Carlos Sainz of Spain who will join Monegasque Charles Leclerc in 2021.

At the season-opening Austrian Grand Prix, it was revealed Vettel was never offered an extension on his current contract by Ferrari.

Speaking on the latest In The Fast Lane podcast, Vettel’s former team-mate Webber said the two parties would be better off parting ways early.

“I think the relationship is over, the chemistry is gone, the marriage is over,” said Webber.

“Sebastian is dressed in red and is driving a red car, but he’s there for himself obviously.

“In some scenarios, you would wish it can be over now because that’s pretty much how it’s looking from a dynamic perspective.

“Sebastian, after the race, was empty. If that was a normal green flag race I think Ferrari still would have got absolutely belted, there’s no question about it.

“The Seb scenario, the sooner that’s over the better for everyone concerned.”

Webber said he was surprised to learn Vettel wasn’t offered an extension and that discussions between the parties didn’t take place.

“I think it surprised most of us, obviously Sebastian probably the most,” Webber said of the Ferrari decision.

“And even probably the way he was told, obviously over the phone and not really making even an effort to get in front of him.

“Clearly that relationship or the dynamic of how that was going wasn’t healthy and they just thought it was best to not continue.

“You can’t be half pregnant with these contracts. It’s not like it was a one-year contract.

“Sebastian was going back to them wanting more of a long term agreement.

“Not even that was tabled. It was something that Ferrari wasn’t considering.”

Previously Webber has said Vettel might look to take a sabbatical.

Now the nine-time grand prix winner believes that opportunities might be afoot for 2021 with Red Bull Racing.

“I think that he needs to gt the energy and reinvent himself and de-Maranello his mind in terms of trying to get that energy back. Getting to a different environment that he loves.

Vettel will return to the track at this weekend’s Styrian Grand Prix at the Red Bull Ring on July 10-12.