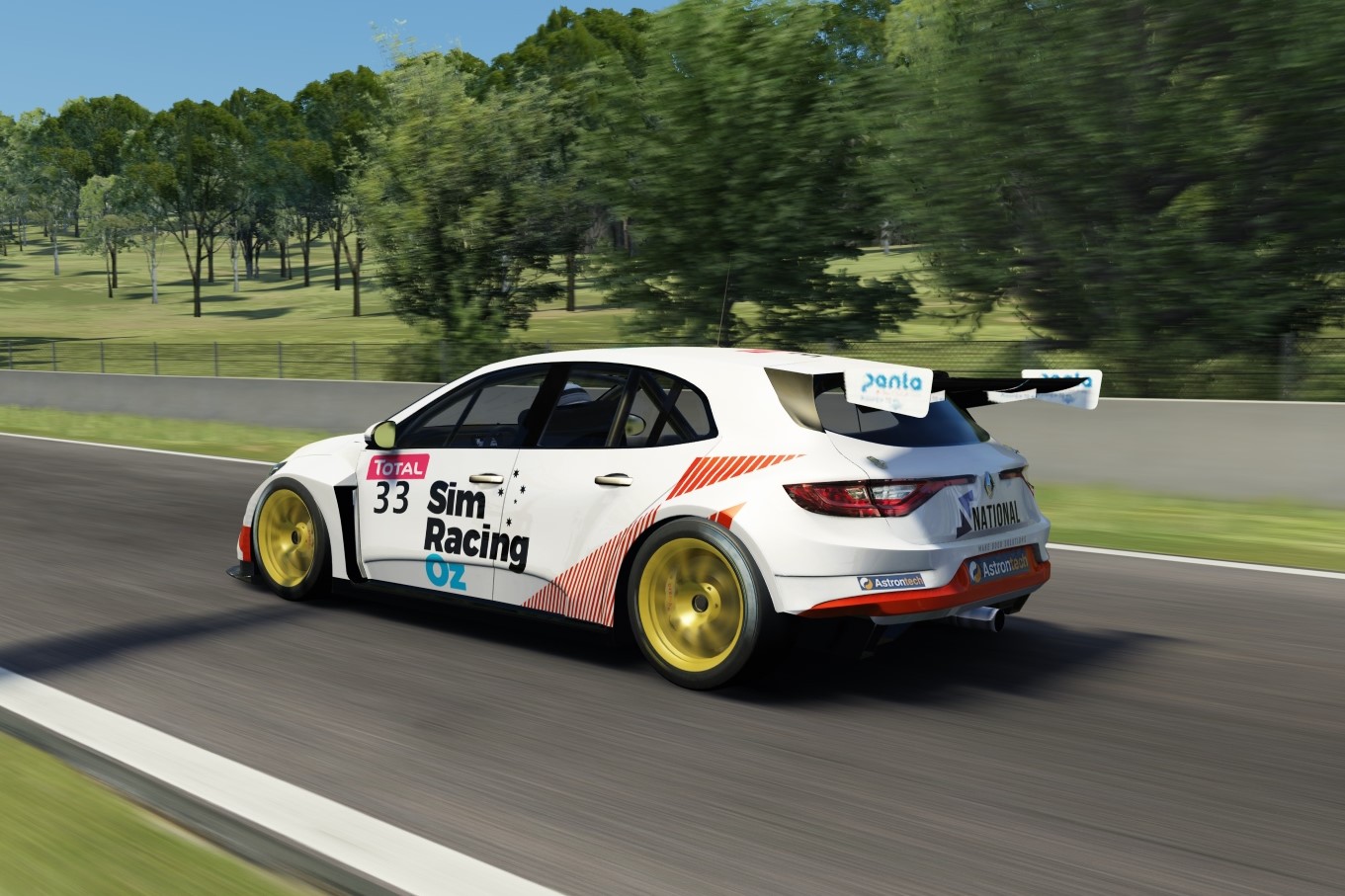 The first race on the virtual mountain was a fast-paced, classic motor race. However, all hell was unleashed in a dramatic reverse grid race around the famous road course.

Burson Auto Parts Peugeot driver Ben Bargwanna claimed pole position late in the session with a 2m13s lap time, but the youngster made a slow start to the race and was gobbled up by Renault driver and series leader O’Keeffe.

O’Keeffe was never headed in the race and claimed the win, holding out a consistent challenge from Wall Racing Honda driver John Martin in the nine lap affair.

O’Keeffe, a renowned sim racing driver, was pleased with his performance and impressed with the pole lap from Bargwanna and the ever-present threat from Martin.

“It was a really good race. I quite enjoyed it,” said O’Keeffe.

“Qualifying was really close. I felt I left everything out there, but obviously not enough. Ben did a great job to take pole position.

“In the race, I felt the pressure from John. I didn’t think I could keep that sort of pace.

“I was looking at the relative gaps and it was very intense out there. It was like we were doing qualifiers the whole race.”

Bargwanna’s slow start was compounded by an error on the first lap in The Esses, resulting in a collision with Volkswagen steerer Luke King.

The Golf driver got the initial upper hand, only for Bargwanna to pass him for third place and keep his hopes of a title charge intact.

The second heat, held under reverse grid conditions, was a carnage-filled race.

Starting from pole position, debutant Jay Hanson made the best start and led into the first turn, while carnage behind him was only half a lap away.

Reigning TCR Australia Series champion Will Brown was running second early in the race until he cannoned into both sides of the wall at The Esses, allowing Hanson to escape to a handy lead.

Hanson looked comfortable for the first few tours of the 6.213km track but was caught by Vodanovich, along with a big train of cars.

On the fifth lap, the race exploded when Hanson made an error at The Esses, creating a huge mess through The Dipper, allowing King to swoop from fourth to the lead that he would not surrender.

It was an up and down race for King, who had run as high as second until having his own incident, performing a complete spin at The Esses, only to recover for an unlikely win.

”The race was a real scrap right from the start. I knew that I had to get past Jay, but I knew that our pace was good.

“I was doing 360s across the top of the hill. I can’t believe I got the win in the end. I have no idea how I was in the lead of the race, but that’s how luck plays out sometimes.”

There were all comers trying to take second place, eventually falling the way of Vodanovic, ahead of his New Zealand countryman Rowan Shepherd.

Bargwanna finally managed to pass D’Alberto in a spirited battle for fourth place. The pair had an epic battle for the place, only decided on the last lap in a bold move by Bargwanna around the outside at Griffins Bend.

O’Keeffe also passed D’Alberto for fifth on the final lap, maintaining his series lead as the field heads to Sydney Motorsport Park for Round 3 on July 15.