Mercedes in ‘race against time’ to resolve gearbox woes

Mercedes in ‘race against time’ to resolve gearbox woes 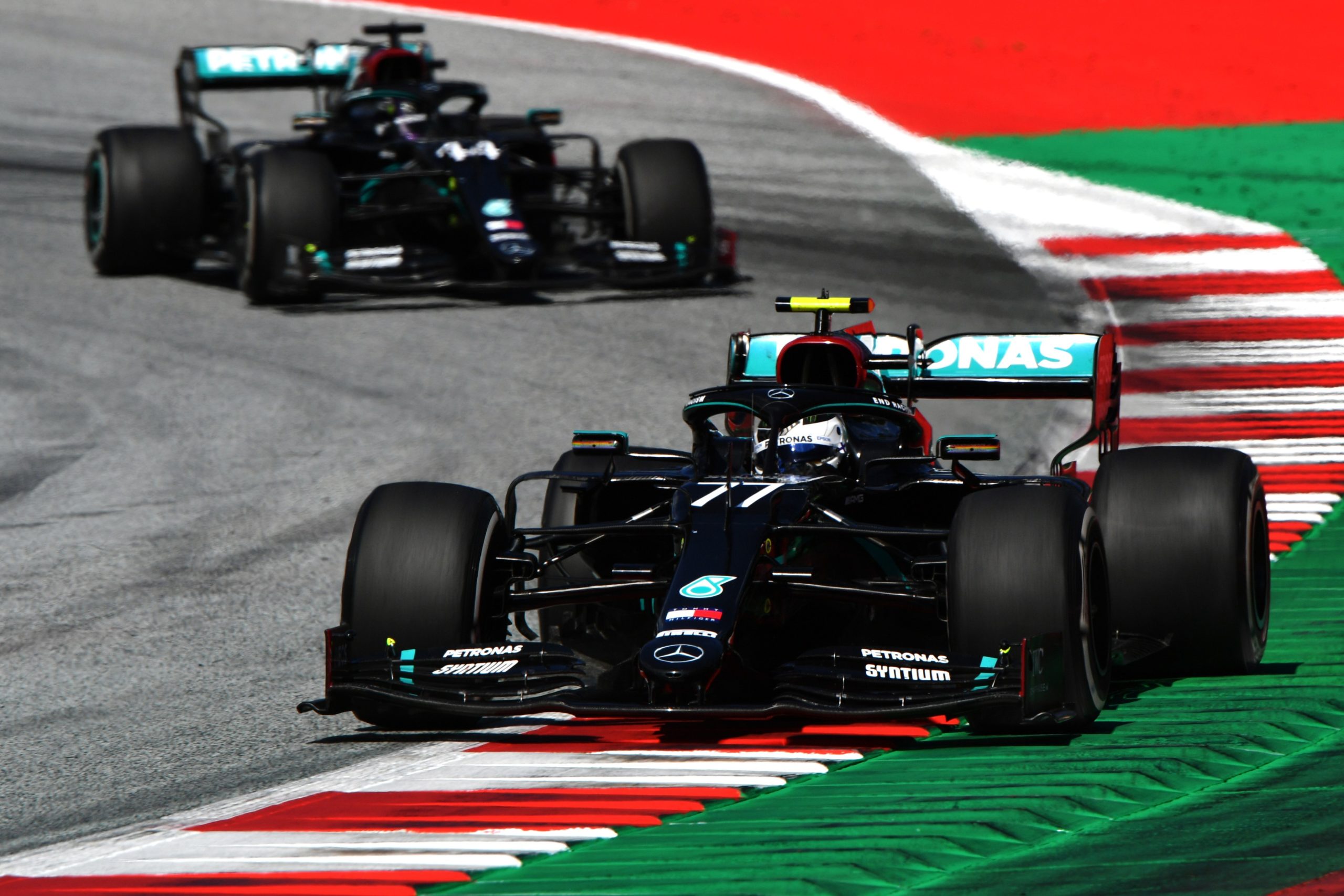 Mercedes is racing to resolve gearbox gremlins ahead of this weekend’s Styrian Grand Prix or face another weekend at the Red Bull Ring managing its driver’s kerb use.

Valtteri Bottas claimed the first win of the long-awaited 2020 season for the Brackley-based team, though it wasn’t without its challenges.

During Friday Free Practice the team discovered they had gearbox problems, caused by ‘electrical noise’ as a result of kerb usage.

Speaking on the latest F1 Nation podcast, Trackside Engineering Director Andrew Shovlin said they expected to encounter the issue throughout the weekend after the initial discovery.

“On Friday you saw that Valtteri had an issue at the end of one of the sessions so that was first a sign that we had a problem,” said Shovlin.

“We’ve had recurrence issues over the course of Saturday and going into the race we were expecting it because it seems to be a feature of the model.

“So, at the moment if we build the car and run it this problem will appear at some point – it’s just a question of how soon.

“It’s not manifesting itself as one thing. It’s basically a build-up of electrical noise that starts to interfere with the various systems.

“So with Valtteri we saw that halfway through the race, got progressively worse, with Lewis (Hamilton) it appeared later. But it’s electrical noise that’s then affecting a lot of different things.”

Shovlin said the Red Bull Ring was a “horrible circuit” to start the season at due to its aggressive kerbs, high temperatures, and high altitude.

He added the drivers are forced to use the kerbs or otherwise face losing significant time to their rivals.

During the race, both Bottas and Hamilton were told it was “critical” to stay off the kerbs and rumble strips.

Shovlin said he anticipates some of the mechanical problems seen for many of the teams during the first grand prix of the season may resurface in the second race.

“Every year this is a race of attrition,” said Shovlin.

“Having it as the first race and then having two of them (…) we think we can make some strides to improve some of our problems but others aren’t going to get better on the same track.

“So a lot of people you’ve got another dose of it coming up, so it’s a race against time to try and make a bit of headway into those complications.”

In the end, Bottas was able to win while Hamilton crossed the line in second, only to be demoted to fourth due to a time penalty for contact with Alexander Albon of Red Bull Racing.

The team is now working to resolve its design issue in time for this weekend’s second grand prix at the Red Bull Ring.

Mercedes Team Principal Toto Wolff was hopeful a resolution could be found.

“We have a great group around Simon Cole (Trackside Engineer) on trackside reliability and he and his team are going to solve that problem,” said Wolff.

“What I understand is that there are solutions that we can at least improve the situation.

“Austria is for sure stressing these parts on the car most in all of the season.

“So if we find a way around of protecting the car next weekend, we should be fine.

“I think we have ideas.”

The Styrian Grand Prix is set to take place on July 10-12.