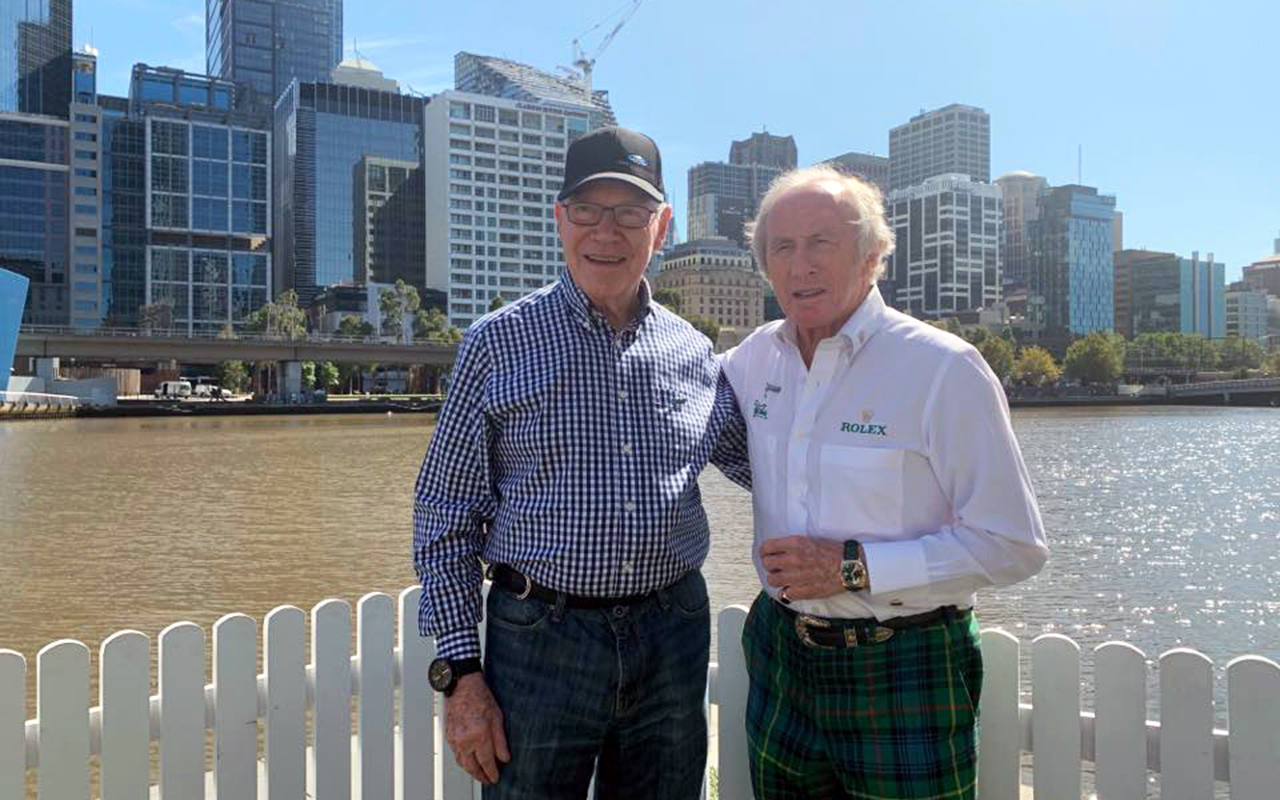 Stewart has been a major fundraiser for Dementia research in recent years after his wife Helen was diagnosed with frontotemporal dementia in 2014.

Part of his efforts have included several charity events in the build-up to the Australian Grand Prix in Melbourne.

Unfortunately, this year’s festivities, which were to also be a celebration of Stewart’s 80th birthday, had to be cancelled due to the coronavirus pandemic.

Moffat was diagnosed with early stages of dementia four years ago.

“Ever since my wife Helen was diagnosed, I have devoted my efforts globally to raise funds and stimulate breakthroughs and innovations in dementia research,” said Stewart.

“Race Against Dementia’s vision is to apply a ‘Formula 1 attitude’ to work faster and smarter in order to achieve a breakthrough in the prevention or treatment of dementia.

“Formula 1 has the fastest problem-solving capability in the world, faster than aerospace, and it is this capacity that we need to build in dementia research.

“A key priority for Race Against Dementia is to form strong alliances with research centres of excellence globally and by establishing this fellowship we recognise Australia among this group and hope to attract the best and brightest researchers in this field.”

Stewart had planned to announce the research fellowship in March at the gala event which had been created by Melbourne-based property investor, Craig Joel who has thrown his commitment behind the cause in honour of the long-standing friendship between his late father Jack and Stewart.

The Chair of the Dementia Australia Research Foundation, Professor Graeme Samuel AC, said despite COVID-19 causing the event cancellation, Sir Jackie wished to honour his pledge and in so doing, acknowledge Mr Joel for his commitment to supporting Australian dementia researchers.

The Post-doctoral Fellowships in Australia will become the third major Race Against Dementia fellowship programme alongside Alzheimer’s Research UK and The Mayo Clinic, USA.

Fellowship applications close on August 21, 2020 with the grant recipients to be announced in January 2021.