Darwin doubleheader on the cards for Supercars

Darwin doubleheader on the cards for Supercars 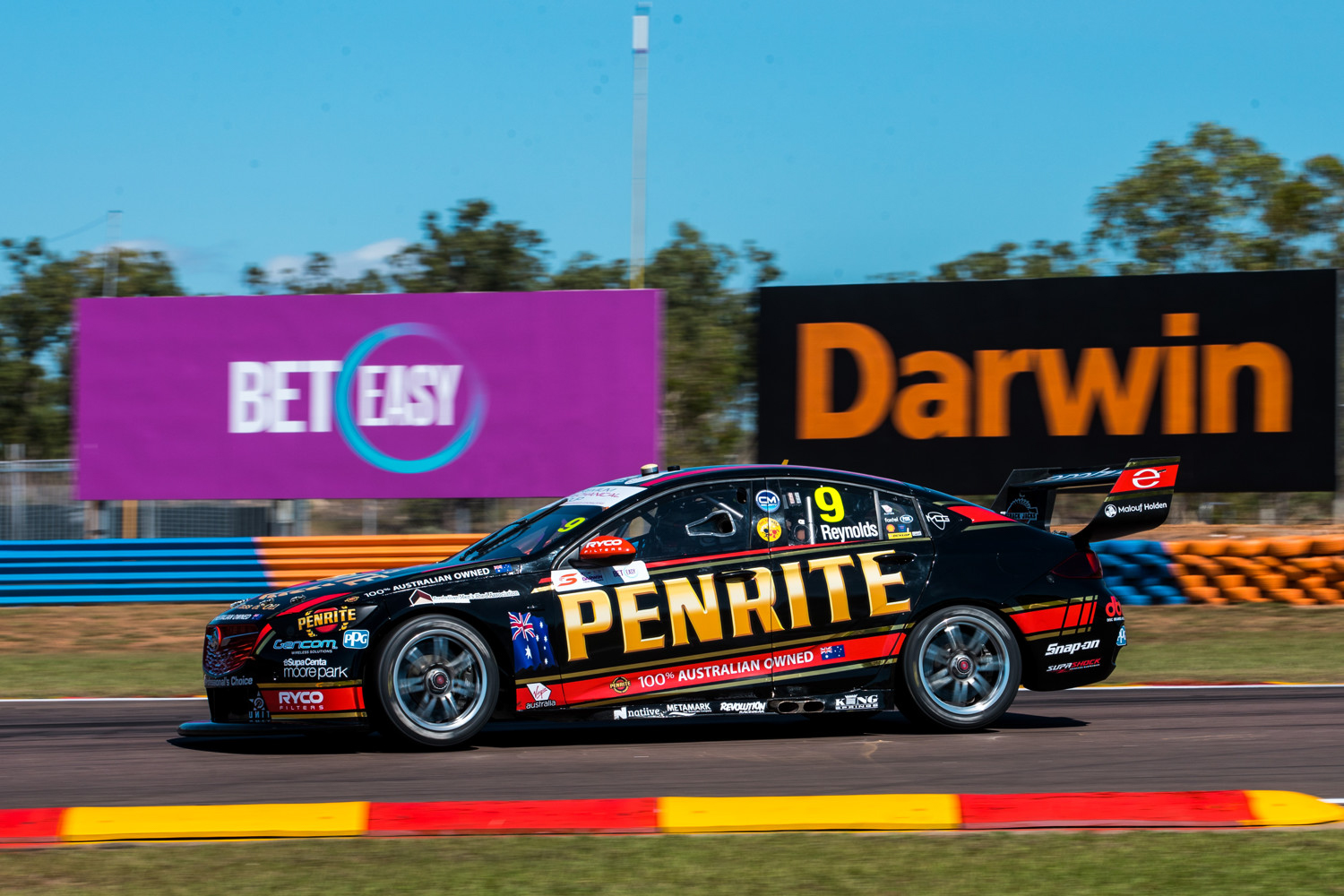 A doubleheader in Darwin is being discussed as a possible option for Supercars as its Victorian-based teams face at least five weeks on the road.

Earlier this week it was announced the Victoria and New South Wales border would close due to a rise in COVID-19 cases in Melbourne.

Before the new restrictions were put in place on Monday night, Victorian teams fled the state to make it into New South Wales to safeguard the forthcoming Sydney SuperSprint on July 18-19.

By Tuesday afternoon, almost every team out of Victoria had temporarily relocated to Sydney Motorsport Park, all except Kelly Racing.

With a newly announced six-week Stage 3 lockdown on metropolitan Melbourne as well as border restrictions coming into effect, Victorian teams face an extended time away from home with no firm end date.

As it stands, teams can return to Victoria but would have to apply for an exemption to leave with no guarantee one would be forthcoming. The reintroduction of the lockdown rules may stymie that process anyway.

In the wake of this week’s developments, speculation has surfaced a doubleheader at Hidden Valley Raceway in the Northern Territory is being investigated to make the most of the time away.

However, he said the volatile environment proven by three major calendar changes already this season means nothing is guaranteed.

“If a doubleheader is the right solution and can be accommodated it’ll be fine, we can deal with that,” said Edwards.

“I don’t think we’re there yet, I know there’s a bit of chatter about that, but I think we’re no different to AFL at the moment.

“We’re going to make it up day-by-day and what tomorrow brings will probably be different to yesterday.

“At the moment I’ve got the team focused totally on going to Sydney, having a good race there, not expecting to go home after that, so start to turn the cars around probably on the Monday after the race and then in all likelihood go to Darwin and we’ll see what happens when we race and how much fishing they can get in before the race.”

This year’s BetEasy Darwin Triple Crown is currently slated for August 8-9 and will see crowds return in a limited capacity.

The Northern Territory has only recorded 30 cases of COVID-19 throughout the pandemic and was one of the first regions to begin easing restrictions.

The territory currently has interstate travel restrictions in place, but will no longer require a mandatory quarantine period from July 17.

However, anyone arriving into the Northern Territory from Melbourne in the last 14 days must undertake a 14-day mandatory supervised quarantine at their own cost.

By the time Supercars is scheduled to race in Darwin, the teams who had been in the designated Melbourne hotspot will have been out of them long enough that in theory, they would not need to complete a 14-day mandatory quarantine.

Speedcafe.com understands Supercars is currently working through a contingency plan for the Darwin event.

Erebus Motorsport CEO Barry Ryan suggested having a second Darwin event the week prior to the originally scheduled round would make the most sense.

“It all depends on what Victoria is looking like I guess, if we can do it the weekend before and then the (currently) scheduled date, obviously that’s better,” Ryan reasoned.

“It depends what we have to go to to get into Darwin. I guess by the time we’re here now, on Tuesday after the Sydney Motorsport Park event, means we’ve technically been in New South Wales residents for two weeks.

“Whether that’s enough for them to feel that we’ve proven that we’re not a Victorian risk… maybe they’ll want another COVID test before we go there, but I’m only surmising.

“That’s what it might be. The Northern Territory or any state doesn’t want to have any risk, for sure, whatever we need to do to mitigate the risk we’ll have to do.

“It sounds like Darwin makes the most sense because they’ve got the least restrictions I gather,” Ryan said of the doubleheader possibility.

“Trying to go anywhere in Queensland or trying to drive through SA to get to Perth or anything like that probably won’t happen.

“That one makes the most sense. Then that buys us essentially four or five weeks to see what Victoria is doing, then go from there.”

Neither Edwards nor Ryan could definitively say how long they will be away from Victoria but both are working towards the original Darwin date.

“I was realistic with the crew yesterday (Monday) when I said ‘In all likelihood, you’ll be going direct to Darwin’,” said Edwards.

“Do the maths, that’s five weeks. That’s basically what I advised the staff. They were frantically trying to put engines in cars and some were rushing home to pack.

“I basically said, ‘Go home, get your shorts and your fishing rods, I would suggest you’ll probably be away for five weeks’.

“That’s certainly what we’re working toward at the moment.”

Ryan added, “If they’re talking about doing a double-header at Darwin, whether it’s the weekend before the scheduled one or the weekend after, we’re at least five weeks away, possibly six weeks away.

“Six weeks away from Victoria gets you back in (after) Stage 3 lockdown. Maybe we’ll head across to Townsville, I don’t know. We’ve got to suck it and see and keep the sport alive.”

The next round of the Virgin Australia Supercars Championship is slated to take place at Sydney Motorsport Park on July 18-19.

The Truck Assist Sydney SuperSprint will be followed by the BetEasy Darwin Triple Crown on August 8-9.