Supercars tyre supply no issue for Dunlop despite border lockdowns

Supercars tyre supply no issue for Dunlop despite border lockdowns 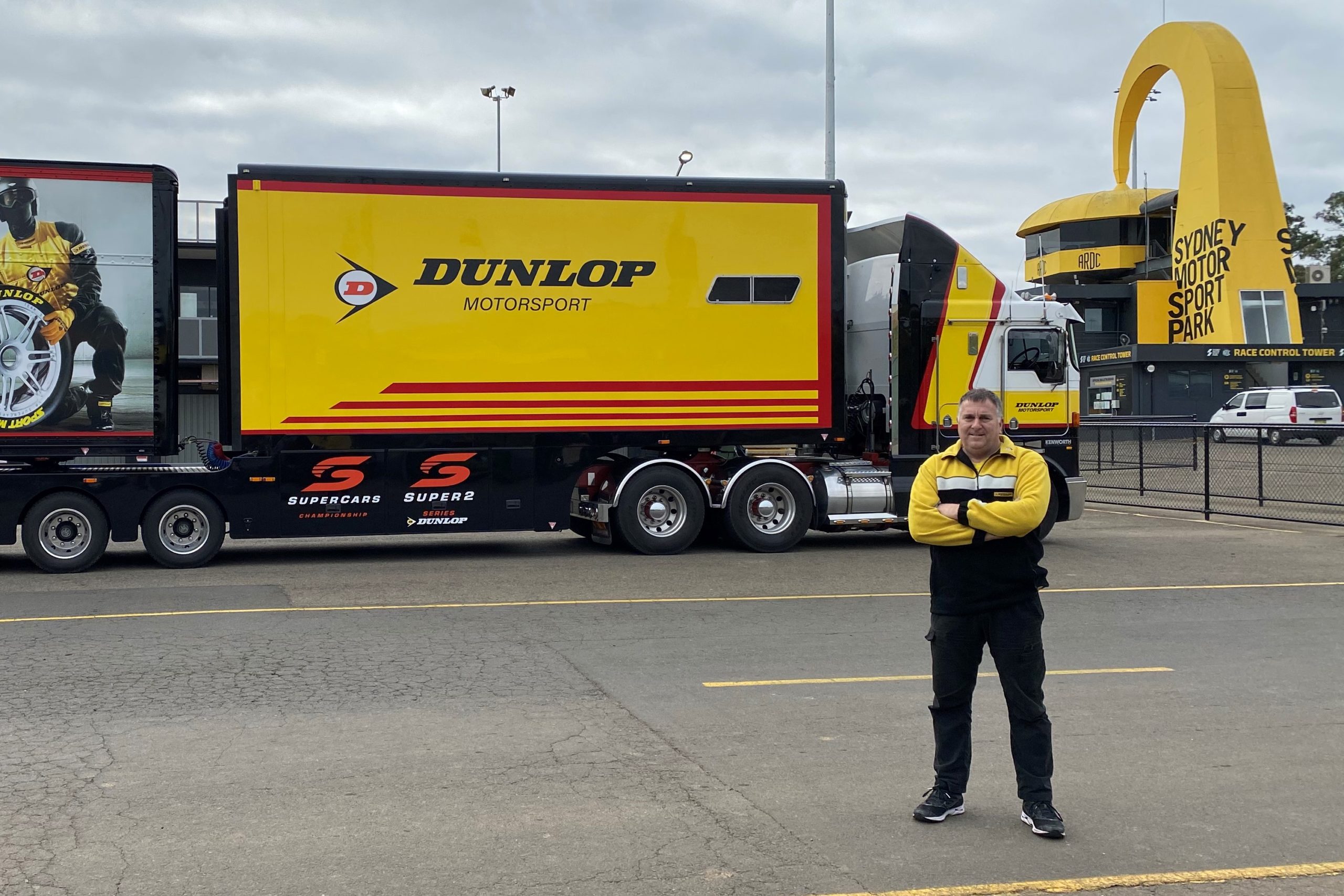 Dunlop Motorsport Operations Manager Kevin Fitzsimons says his team is in a position to adapt and handle anything required to help Supercars complete its season.

Fitzsimons and two of his crew left Melbourne on July 6 to ensure they avoided the COVID-19 lockdown at the New South Wales border which will be enforced from 23:59 local time/AEST on July 7.

They arrived at Sydney Motorsport Park early this afternoon and will be accommodated in Parramatta for at least the next 12 days.

They will prepare for the next round of the Virgin Australia Supercars Championship on July 18-19 and will also fill in some time doing maintenance work on the new A-trailer.

Fitzsimons received a call from Supercars management at 11:00 yesterday and by 18:00 his team had packed two 40-foot containers, their A and B trailers, and were on the road up the Hume Highway.

They stayed in Holbrook about an hour north of the border last night.

The tyres will arrive in Sydney by train on Thursday and will be delivered directly to the circuit.

Fitzsimons said he is committed to the realisation that he could be on the road until after the Supercheap Auto Bathurst 1000 in October.

“Obviously we don’t know what is going to happen, but we are prepared to be on the road until Bathurst or even longer,” Fitzsimons told Speedcafe.com.

“It is not the ideal position, but everyone is in the same boat and doing what they have to do.”

Fitzsimons said that the one thing he does not have to worry about is having enough tyres for the remainder of the year.

“We had tyres leftover from the Australian Grand Prix and then we had what we had allocated for the race in New Zealand which was cancelled,” said Fitzsimons.

“We have all the tyres for the rest of the season, except our Bathurst allocation which is being made at the moment and which will arrive in late August.

“We just need to have enough time to get them where they need to be.”

There are 12 Supercars usually based in Melbourne including four from Tickford Racing and two each from Erebus Motorsport, Kelly Racing, Walkinshaw Andretti United, and Team 18.

Given teams are currently restricted to 14 people per two cars, including drivers, that would mean 84 team personnel who are current Supercar ‘refugees’ after leaving Victoria before the border closures.

On top of that, personnel from other suppliers as well as Motorsport Australia officials are committed to being on the road until at least the Truck Assist Sydney SuperSprint event on July 18-19.

Fitzsimons said it was hard to plan more than a race ahead in the current COVID-19 environment, but has several options in place depending on the scenarios created.

“We have people on the ground at the warehouse who can pack and ship the tyres when we need them,” said Fitzsimons.

“We can send the tyres to Darwin by train if required, we just need a couple of weeks’ notice.

“We could also use a train for the Townsville allocation or we could go by road depending on what the transport quarantine rules are at the time.”

Teams will use a combination of four soft and three hard tyres at the next Sydney Motorsport Park round with two soft tyres to be returned after practice two.