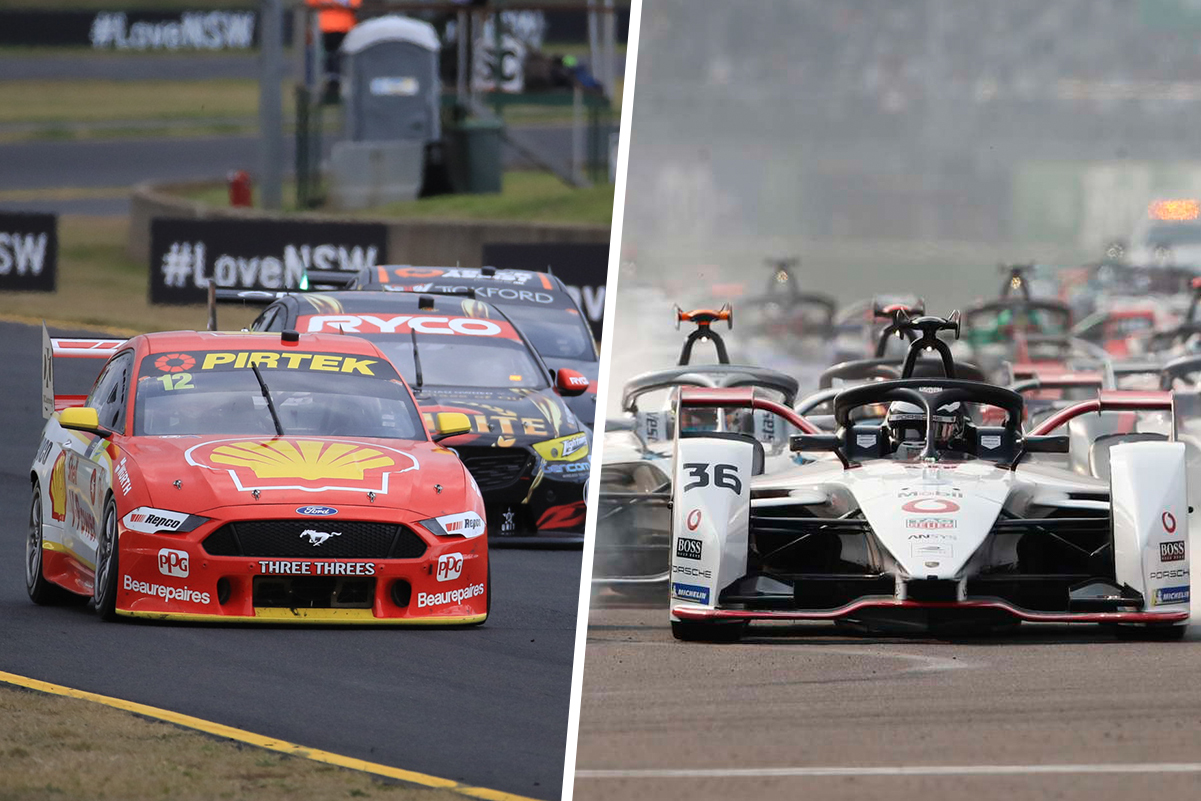 Should Supercars look to Formula E for inspiration?

In the midst of an unpredictable pandemic, should Supercars look to Formula E and its Berlin hub for inspiration to get the 2020 season completed quickly?

The FIA Formula E Championship has been one of the worst affected series globally by the coronavirus pandemic.

Just four rounds of the 2019/20 season were completed before the outbreak caused the cancellation of seven events.

Rounds in China, Italy, France, South Korea, Indonesia, the United States and the United Kingdom were all cut due to the outbreak.

The solution? Six rounds across three events all at the same venue, each ‘race weekend’ on a slightly different variation of the Tempelhof Airport Street Circuit in Berlin.

By the end of the Formula E triple-header, it will have hosted 11 rounds, which will constitute a championship.

Similarly, Supercars will need to complete a minimum number of events, believed to be nine, to crown a champion.

Formula E, unlike Supercars, is a global championship and as such its biggest barrier to date has been restrictions on international travel.

Supercars faces similar issues with Australia’s states and territories enforcing their own laws and restrictions.

For all intents and purposes, Supercars teams coming from Victoria to New South Wales might as well have been coming from two different countries.

The last-ditch run to the border affords Supercars at the very least a chance to host its second consecutive event in Sydney.

While the solution for Formula E may seem extreme, Supercars could look to enact a similar strategy.

Supercars is set to continue with the Truck Assist Sydney SuperSprint on July 18-19 with a similar three-race format to the last outing.

The second Sydney event will see the addition of a night race and the option of soft and hard compound tyres.

If Supercars were to adopt a Formula E-inspired set-up, a third, fourth, or fifth Sydney event could see the championship race on different circuit configurations.

Racing on the shorter Druitt Circuit was formally put forward by the Australian Racing Drivers’ Club to Supercars for the second Sydney event, but was ultimately vetoed.

Even before that, the Druitt Circuit concept was mooted for the original Sydney SuperNight in 2018.

In theory, Supercars could race on the Amaroo Circuit that includes the short and twisty extension over the back of Corporate Hill.

The idea of running on the 4.5 km long Brabham Circuit, which takes in the Grand Prix layout and extension, could also be entertained.

For the recently relocated Victorian teams, drivers, and suppliers, it is very much a one-way road back into the state should they return.

What it means is that those who have left Victoria have no guarantee on when they’ll be back home.

In the midst of measure to cut costs, it would seem counterproductive to have teams away from home for months on end.

At the very least, basing the Supercars teams out of Sydney Motorsport Park for a month at most would allow several events to take place with a different twist on each.

Desperate times call for desperate measures, as seen by the border dash by the five Supercars teams, drivers, and associated suppliers on Monday.

Ideas previously put to bed may have to resurface, and if the 2020 season has taught us anything it’s to expect the unexpected.

In this week’s Pirtek Poll, we want to know whether Supercars should adopt a Formula E-style hub.