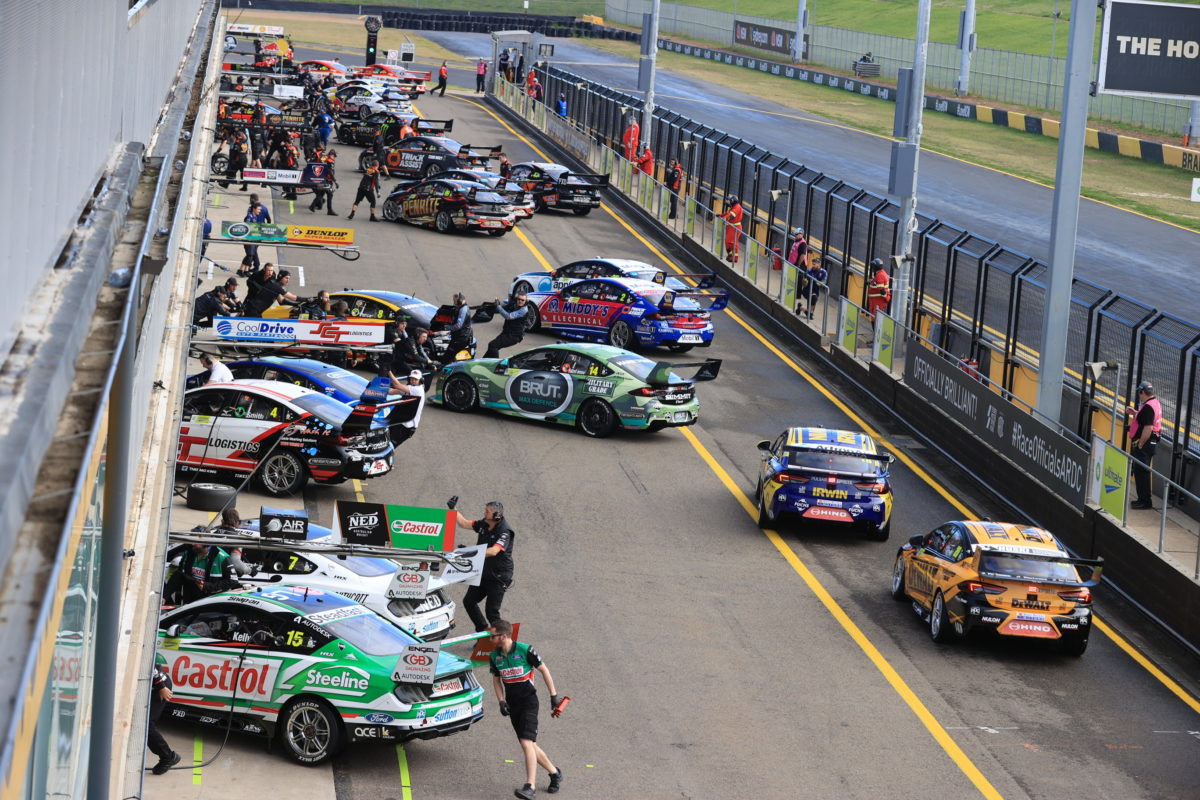 Motorsport Australia boss Eugene Arocca has admitted that the frantic rush to the New South Wales border from a number of Supercars teams and related personnel yesterday was ‘not a great situation’.

Victorian-based Supercars teams and associated personnel yesterday dashed for the border ahead of increased restrictions on entering the state.

The increased restrictions are in response to the continuing ‘second spike’ of COVID-19 cases being reported in Victoria.

The NSW Government announced yesterday that it would prevent those from the Greater Melbourne area from entering the state from midnight last night, and Victoria as a whole from midnight tonight.

While a permit system has been put in place to allow crossings for ‘essential workers’, had teams not escaped the state in time their participation in next week’s Truck Assist Sydney SuperSprint would have been in jeopardy.

“It’s not a great situation,” Arocca admitted to Speedcafe.com.

“It’s terrible having to tell someone, ‘Get on a plane now. We’re going to book you now to get on a plane, and you’ve got two weeks of sitting in a hotel room in readiness for an event that’s going to happen in about a week and a half’s time’.

“But you know what? One of the good things that’s come out of this, and there’s not much to talk about when it’s talking about good things, but there’s been a real sense of cooperation.

“There’s been a real sense of collaboration, and people are prepared to change.”

Though the situation looks to have safeguarded next weekend’s event at Sydney Motorsport Park, it did raise a number of ethical questions as to whether it was correct for Victorian residents to leave the state just hours prior to the restrictions coming into force.

“In my view, it’s a clear legal situation,” Arocca reasoned.

“Having said that, there is an opportunity to apply for exemptions.

“So our fallback would be that if we found that we needed to get someone out of Victoria into New South Wales or any other state indeed, we would apply for an exemption, and we would be very careful and respectful about seeking an exemption.

“The last thing I want to do, and this is the ethical issue, only when you are sending people that you’re not completely 100% about sending in terms of their obligations.”

One of those who would need a permit to attend the Sydney event is Supercars Race Director Tim Schenken, who has remained in Melbourne.

Arocca also warned that the sport will need to remain ready to adapt to further developments as the pandemic continues to evolve.

“I hope that the Victorian situation will pass within the next fortnight to a month,” he said

“That’s not to say that it could happen in New South Wales if there’s a lockdown or there’s an outbreak, or in South Australia or in any other state.

“This is the new normal for the foreseeable future until we beat this crisis with a vaccine.

“I’m saying over and over the same thing that we are prepared to adapt, be nimble, support our partners, work hard to get things done, and comply with the law.

“Supercars have been sensational, and Motorsport Australia is doing its bit to make sure that our fans can continue enjoying the racing and continue to keep the sport sustainable,” he added.

“We don’t want the sport to drop off the face by being dormant, and 20 events last weekend, and another 20 this weekend around the country and growing, tells us that there’s people itching to get out there and really give it a crack, and we’re there to support them.”