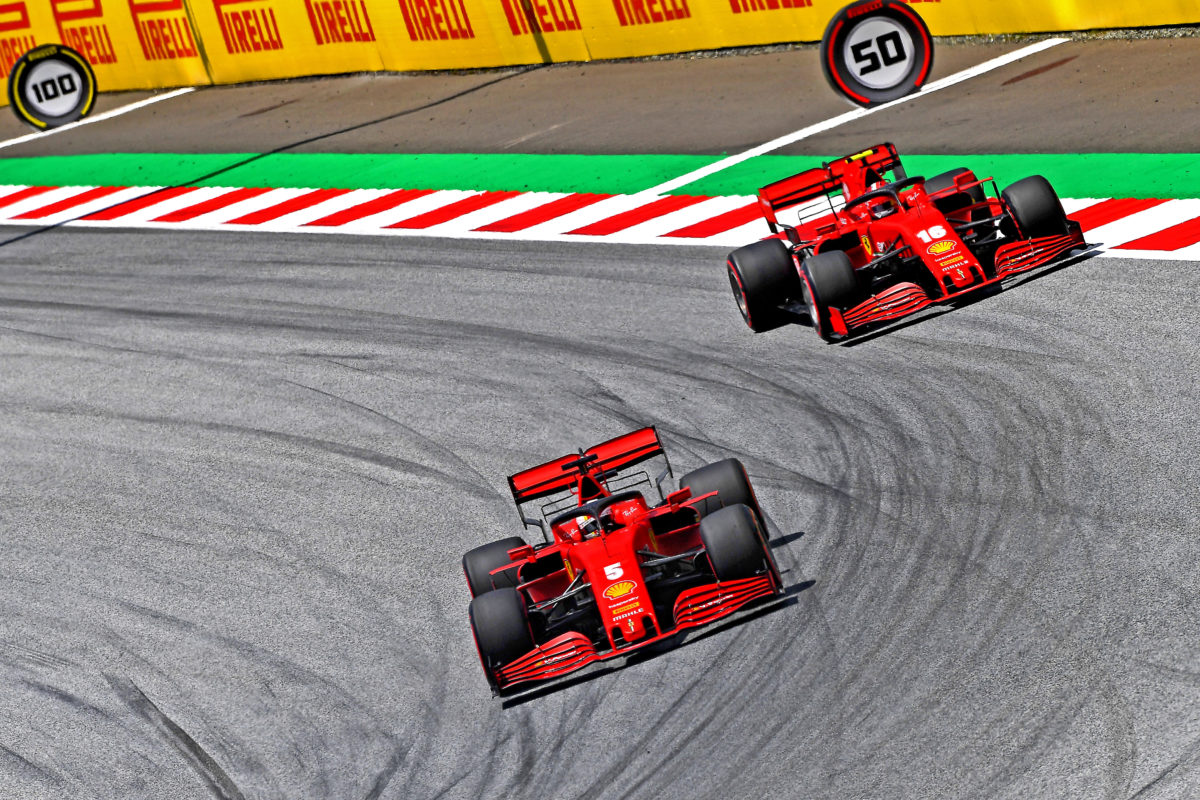 Ferrari is looking to fast track updates that were set to be introduced for the third round of the 2020 Formula 1 world championship in time for this weekend’s Styrian Grand Prix.

Charles Leclerc claimed second for the Scuderia last weekend at the Red Bull Ring, though that result came courtesy of high attrition and penalties.

On raw pace, Ferrari was found wanting across the weekend, highlighted by Leclerc and Sebastian Vettel qualifying just seventh and 11th respectively.

The pair used an unchanged car from winter testing in the season opening event after it discovered aerodynamic issues in February’s running.

Since then work has been underway in Maranello in an effort to resolve those flaws, with a significant update initially expected to debut at the Hungaroring.

A statement from the team confirmed that it was working feverishly “in the hope of bringing forward to next weekend the introduction of the aerodynamic package scheduled for the Hungarian Grand Prix, or, at least, some of its components”.

Speaking of Sunday’s race, Ferrari team boss Mattia Binotto has admitted that there is no silver bullet to turning his squad’s performance around.

“I think that what we have seen in Austria is similar to Barcelona, we need to improve our car, there are some mis-correlation with the design, especially on the aero, that is the development we have started again, back from the lockdown, and that hopefully we will have very soon at the race track.

“It will not be the final solution, there is no silver bullet, what’s important to us is to improve the type of behaviours. If I look at the qualifying, compared to the pole, we are missing a second – that’s three-tenths in cornering but then there is still seven-tenths on the straights, and I think that one will be very much difficult, because engine is frozen for the season

“The drag is not something we are addressing very soon, so disappointing yesterday to see our speed on the straight so let’s analyse our data and see what we can do in the future.”

Ferrari CEO, Louis Camilleri, echoed Binotto’s sentiments, acknowledging that there was no overnight solution to the team’s current predicament.

“We know there’s lots of work to do,” Camilleri said.

“This is certainly not the grid position that a team like Ferrari should have and we have to respond immediately.

“It’s clear that we have to improve on all fronts,” he added.

“The only solution is to react and I’m pleased by the immediate reaction and the work that Mattia and all his team are putting in at every level.

“This is not just to bring to the track today what was scheduled to be ready tomorrow, but also to speed up the programme of development for the coming races.

“This is the response of a united team which is rolling up its sleeves and facing the problems head on, without crying about it.

“We are at the start of a new cycle with a long-term plan.

“Any setbacks will certainly not change our chosen course and I have every confidence in Mattia and the team in addressing our shortcomings.”

F1 remains at the Red Bull Ring for Round 2 of the 2020 championship this weekend.