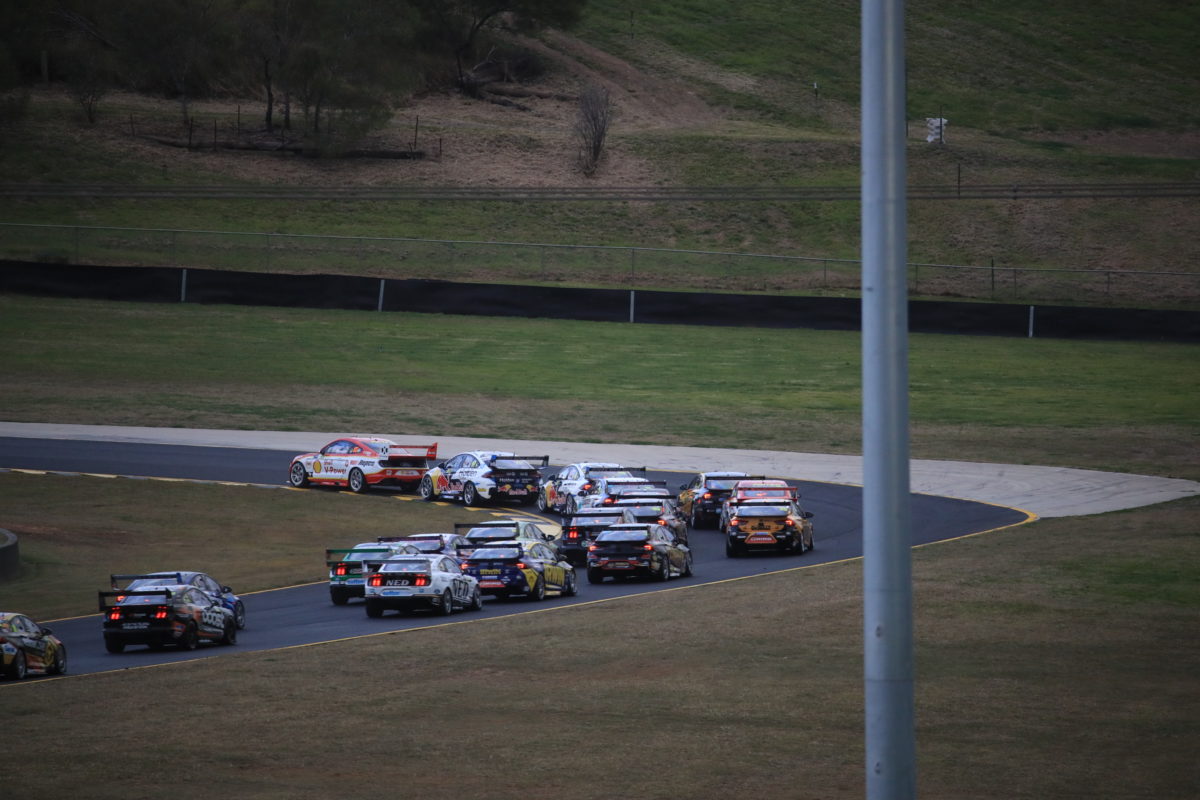 The border between Victoria and New South Wales will close tomorrow night, less than a fortnight before the latter’s state capital is due to host Supercars again.

Victorian Premier Daniel Andrews made the announcement this morning in response to the persistently high number of new COVID-19 cases in the southern state.

The closure has been agreed to by Premier Andrews, NSW Premier Gladys Berejiklian, and Prime Minister Scott Morrison, and will take effect on Tuesday at 23:59 local time/AEST.

It will be enforced on the NSW side of the border, and Premier Berejiklian will provide information about a permit system in a press conference due around midday today.

“That is the result of a phone hook-up between the Prime Minister, the Premier of NSW and myself just an hour or so ago where all of us have agreed that the best thing to do was to close the border.

“That closure will be enforced on the NSW side so as not to be a drain on resources that are very much focused on very much fighting the virus right now across our state, and I’m very grateful to the Premier of NSW for her support in giving effect to that.”

On the permit system, Premier Andrews indicated that it would apply largely to residents of the twin towns of Albury-Wodonga, which straddle the border, although details are yet to be confirmed.

“I apologise for any inconvenience that will cause people who’ve got unavoidable travel to NSW,” he said.

“I’ll give you one example, the Albury hospital, which is actually run by us, is of course on the other side of the border. There are some services that can be accessed in Wodonga, there are others that can only be accessed in Albury.

“There will be specific arrangements put in place to make sure that people can get, in that example, the healthcare they need. I leave it to Premier Berejiklian to make further announcements, I think in the next couple of hours about some of the details of how that arrangement would be rolled out.

“But that is the product of a joint decision and an agreement between the Prime Minister, myself, and the Premier of NSW, one that I think is the smart call, the right call at this time give then very significant challenges we face in containing this virus.”

Half of the Virgin Australia Supercars Championship’s 24 entries, and around as many drivers, are based in Victoria.

Brad Jones Racing is located in Albury, which sits on the NSW side, although both Todd Hazelwood and Nick Percat live in Melbourne.

The next event of the Supercars Championship had already been moved from Winton, in rural Victoria, to Sydney Motorsport Park due to border restrictions imposed by Queensland last week.

A revised pit lane order which sees the Victorian and Queensland teams operate from opposite ends would apply at the Truck Assist Sydney SuperSprint, should it go ahead on July 18-19.

NSW had, until recently, remained open to every other state/territory in the country, although it did issue a Public Health Order last week authorising fines of non-residents who arrived from Victorian hotspots and residents who returned from hotspots and did not self-isolate.

Premier Andrews also announced 127 new cases in the last 24-hour period, and the death of a male in his 90s.

He cited the need to reallocate resources to other tasks pertaining to the coronavirus as a reason for the decision to close the border.

“This is one of those precautionary measures, it’s one of those things that I think will help us in broader terms contain the spread of the virus,” explained the Premier.

“What it means, for instance, is many staff who are currently being deployed to take temperatures, to do all sorts of co-ordination work, whether it be at our airports or train stations for instance, will no longer have to do that work and can potentially be redeployed into other, arguably much more important roles.”