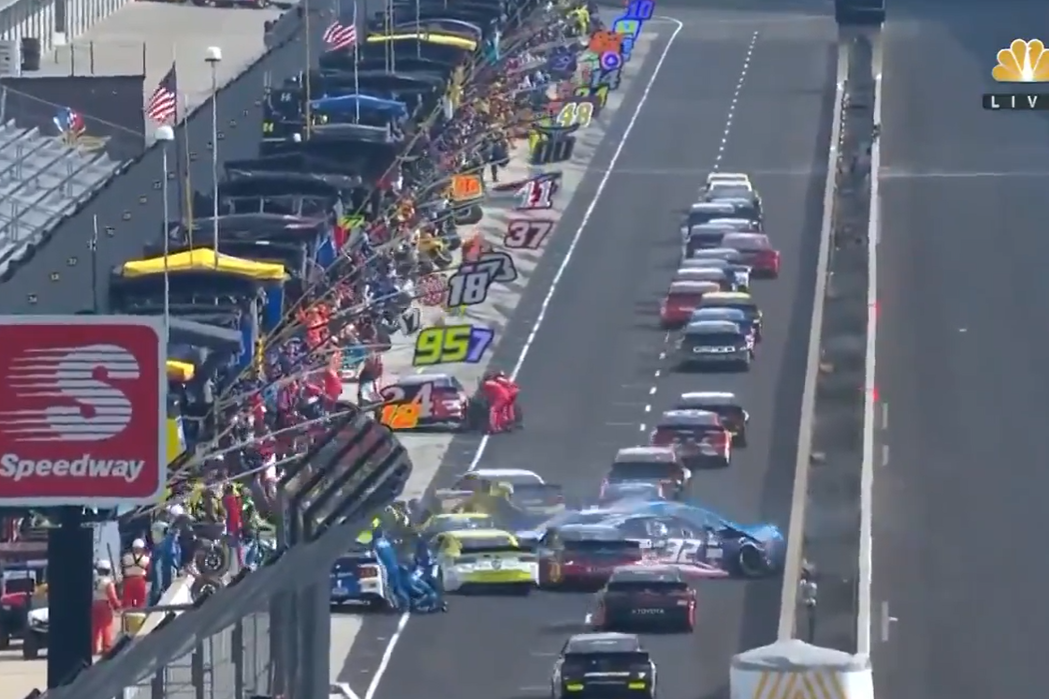 A Team Penske crew member has been hospitalised for further evaluation after being hit when several cars crashed in pit lane in NASCAR’s Brickyard 400.

The incident occurred during an early Competition Caution, when a bunch of cars checked up just beyond pit entry.

A red flag was thrown when Zach Price, one of Ryan Blaney’s wheel men, was identified as being injured having been hit by one of the cars.

He gave a ‘thumbs up’ signal as he was rolled away on a stretcher on his way to the circuit’s medical centre.

Team Penske has advised that he has been transferred to hospital for further evaluation.

Stage 2 is currently in progress, with Chase Elliott in the lead.

It’s a PILEUP on pit road at @IMS!

The red flag is out in the #Brickyard400 after a serious incident on pit road.