Hamilton: taking a knee ‘about equality, not politics or promotion’

Hamilton: taking a knee ‘about equality, not politics or promotion’ 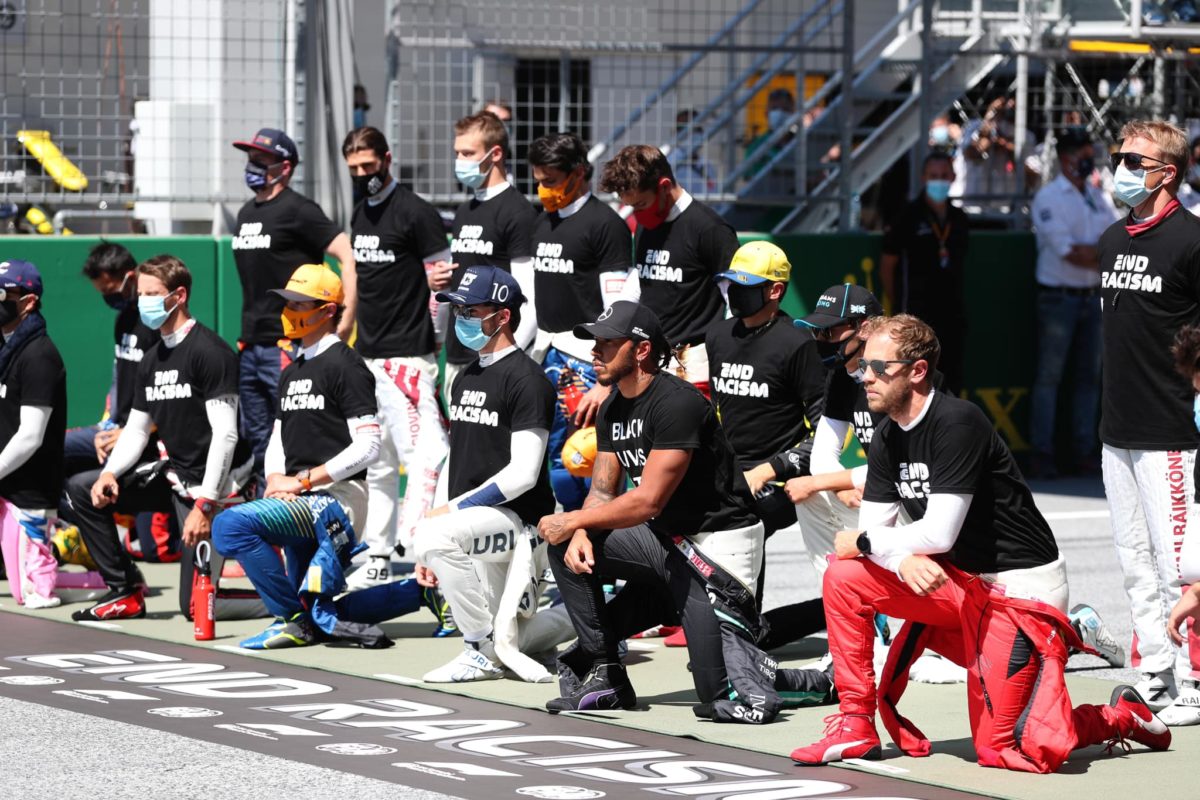 Lewis Hamilton has explained that his decision to take a knee during the pre-race pageantry for the Austrian Grand Prix was “about equality, not politics”.

The six-time world champion has been outspoken on the topic of racism in recent weeks, calling out others on social media in the wake of the death of George Floyd in police custody in the United States.

Over the course of the weekend in Austria a meeting between drivers saw them agree to show a sign a solidarity ahead of the race itself, though each individual was left free to choose whether they would take a knee.

Moments before the race the entire 20 driver field made its way to the front of the grid wearing t-shirts emblazoned with ‘End Racism’, while Hamilton’s read ‘Black Lives Matter’.

“Today was an important moment for me and all the people out there who are working for and hoping for change. For a more equal and just society,” Hamilton wrote on social media after the race.

“I may get criticism in the media and elsewhere, but this fight is about equality, not politics or promotion.

“To me it was an emotional and poignant chapter in the progress of making F1 a more diverse and inclusive sport.

“I want a better future for our generation and the ones after us.

“There is so much that needs to be done. No one is perfect but if we all chip in and do our part, we can see change. I truly believe that.

“Thank you to my team for their incredible support and hard work this weekend and thank you to all who supported.”

The move comes shortly after F1 announced its #WeRaceAsOne initiative, and the FIA’s #PurposeDriven movement as motorsport looks to address issues of social responsibility.

Heading into the weekend Mercedes released an revised all-black livery as part of an anti-discrimination campaign, while McLaren tweaked its livery to include a rainbow band on the sidepods of its cars.

The rainbow insignia was also displayed on other cars, and advertising hoardings around the circuit throughout the weekend, along with ‘End Racism’ signage in prominent locations.

Hamilton has also launched ‘The Hamilton Commission’, a research partnership aimed at exploring how motorsport can become more diverse.