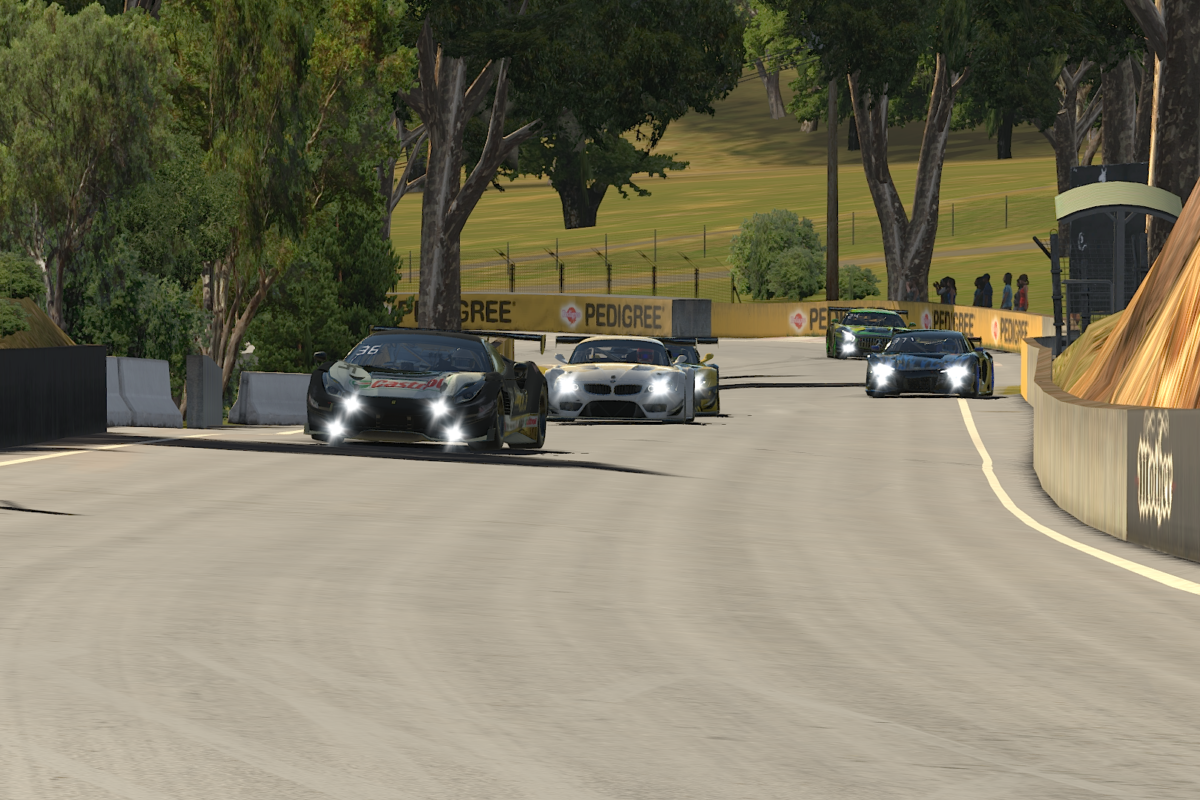 Jobe Stewart enters this afternoon’s finale of the Speedcafe.com GT3 Eseries, presented by Kincrome Tools poised to claim the title.

Stewart has won three of the five races this far in the online series and will start the Mount Panorama event with a 152-point lead over Paul Auditore and 225 points on offer.

Jackson Sousin Harlow and Jack Boyd are also in with a shout of taking the crown, at least theoretically, although the latter is only one point inside that 225-point threshold.

Qualifying starts this afternoon at 14:30 AEST before a Top 10 Shootout and then the two-hour race from 15:30, all streamed live on Speedcafe.com.

Well over 200 have registered for the Speedcafe.com GT3 Eseries, presented by Kincrome Tools, with 91 scoring championship points so far.

“Over the course of the last seven weeks, we have had 235 people register for the series through iRacing, as well as 91 entrants record championship points over the 5 rounds,” said Carbon Gaming’s Dalton Ellery, who has run the series.

“There are people behind the scenes who have volunteered their time for this series and, without them, we would not have been able to provide such a high level of sim racing.

“Sam Blacklock, who has been our Race Controller, has done a phenomenal job, week in, week out, to consistently deal with a huge amount of cars is a massive challenge, and he has managed to keep on top of it each round.

“Kyle Grech, who has been driving our Safety Car, has also assisted with Driving Standards as a double duty. His professionalism and dedication cannot go unnoticed.

“It’s really cool to have been heading this, and to see all the components of a series come in place. The racing has been exceptional and the rivalry has been close.

“We’ve been lucky to have some high profile drivers like Shane van Gisbergen, Andre Heimgartner, and Macauley Jones, come and participate in our rounds. We’ve also seen GT drivers like John Martin come and race, and ex-Supercar drivers like Steve Johnson and Dale Brede.

“It’s been awesome having these guys be part of the series and the community we have built on our Discord. They’re often in our chats, talking amongst the sim racers and providing a few laughs along the way.

“It’s awesome to see that these guys aren’t afraid of giving their time to the sim community and to the young e-racers in the Eseries. It’s a pretty cool thing for young racers, to be able to gain some real experience racing against the professionals who do this for a living.”

Log back on to Speedcafe.com this afternoon to watch the live stream.