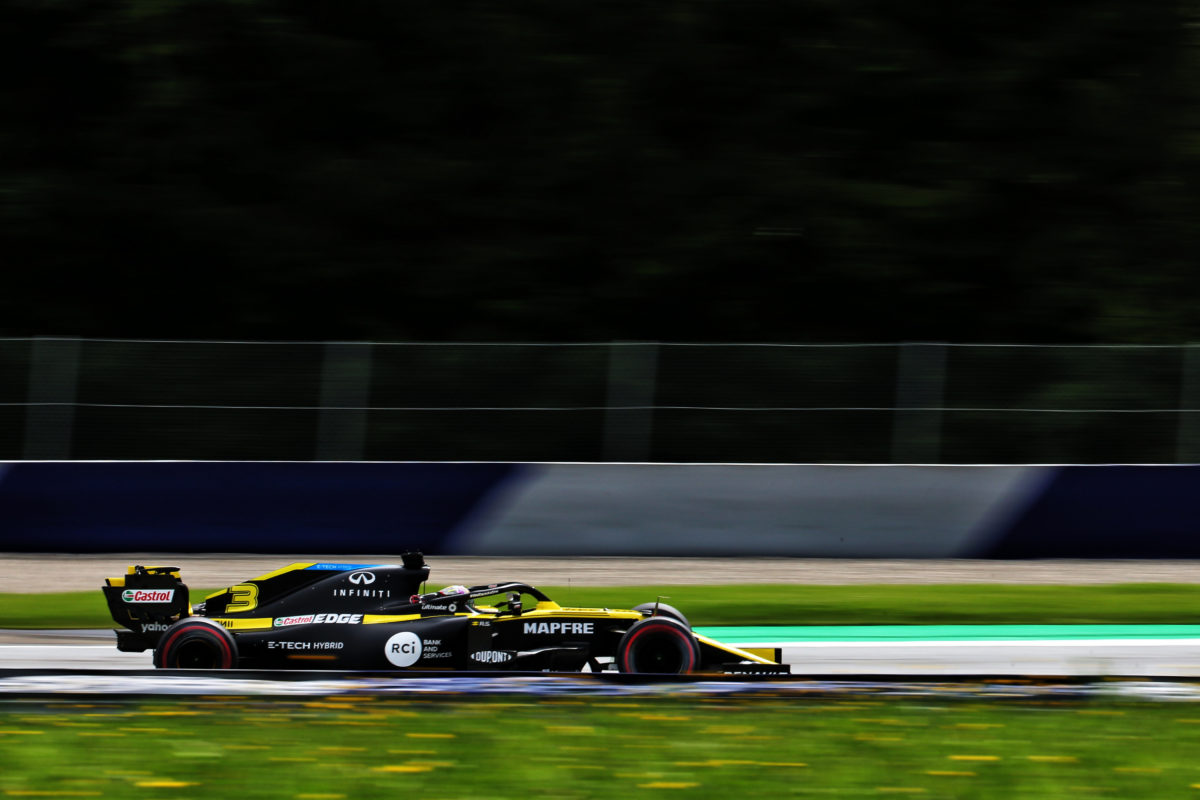 Daniel Ricciardo believes that he is “definitely better” than the 10th position in which he qualified for the Austrian Grand Prix after encountering yellow flags on his last run.

The Renault F1 Team driver ended up last of those who made it through to the final portion of qualifying, when he went for only one run around the Red Bull Ring.

It was then when he caught yellow flags where were triggered by pole-sitter Valtteri Bottas, who ran his Mercedes off the road exiting Turn 4 and spun on the grass.

Ricciardo, who also showed promising pace in going fifth-fastest in Friday practice, is nevertheless upbeat for the season-opener.

“Obviously we’ve missed it for so long and I really did not let myself switch off through all this lockdown.

“After Melbourne, I stayed focused and trained and I feel like I’ve obviously relaxed a little bit but mentally kind of stayed on and ready to be here for this day.

“But, a bit of a shame, I think (I am) definitely better than 10th, but I’ve got tomorrow to try and show a bit more.”

Ricciardo booked his place in the top 10 with a 1:04.023s on soft compound tyres, and had the reds again bolted on for his final flyer of the afternoon.

He could then only manage a 1:04.239s with the chequered flag out, after which he was heard complaining on his radio about what he perceived to be unnecessary yellow flags.

The 2017 Austrian GP podium finisher clarified that he thought at the time that Bottas had only put a wheel beyond the tarmac rather than run off completely.

“I don’t know, I might have got carried away,” admitted Ricciardo.

“I saw a bit of dust but I just thought he’d dropped a wheel – because you can do that, exit of Turn 4, and keep going – and I saw yellow flags and flashing yellows, so I thought they overreacted to just him dropping the wheel, but apparently he went right off, so I didn’t see that.

“Anyway, if that’s the case, then I guess, unlucky; unlucky Daniel.”

Ricciardo also laughed about a scare of sorts which he experienced slightly earlier in the afternoon which could have had a detrimental impact on his qualifying showing.

The 31-year-old seemed to be referring to a moment at the end of Q1 when he went over the edge of the track while negotiating the Turn 7/Turn 8 complex and kicked up the dust.

“I actually owe it to the team,” he declared.

“I took quite a lot of kerb in Q1, I think it was, and the car didn’t fall to pieces, so I could have well easily been on the sidelines with a broken wishbone or something.

“Yeah, they built it strong, so thanks to them.”

His new team-mate, Esteban Ocon, could only manage 14th, while Ricciardo finds himself starting one spot ahead of a former team-mate in Sebastian Vettel.

As to how his long-run pace compared to the Ferrari driver’s, Ricciardo was unsure, but pointed to a very tight battle from fourth back.

“I haven’t really followed too much this weekend, the long run stuff,” he said.

“You’d think they’d (Vettel) be a little bit better maybe, (in terms of) long run (pace), but clearly they’re not lightning at the moment.

“There’s probably eight or 10 of us that are maybe within a tenth or two on race pace, so it’s going to be hopefully good fun tomorrow.”

Race start is scheduled for 23:10 local time/AEST, with 71 laps the journey.