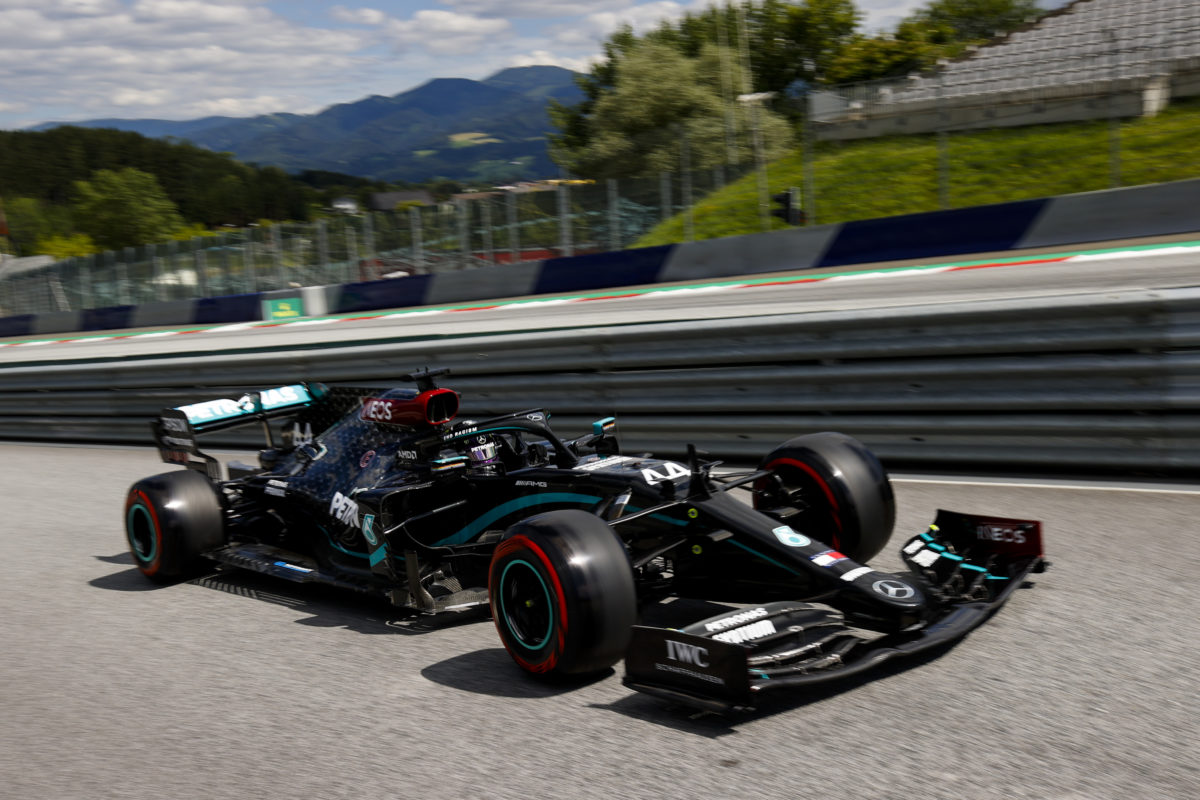 Lewis Hamilton has been penalised after all for failing to slow for a yellow flag in qualifying for the Austrian Grand Prix.

The Mercedes driver has been put back to fifth on the grid, a three-position penalty, having initially escaped sanction.

Red Bull Racing requested a review, with a representative of Hamilton summoned to see stewards at 13:45 local time, within 90 minutes of race start.

Stewards established that Hamilton’s offence was “Failure to slow for single waved yellow flags between turn 5 and 7”.

He had initially not been punished due to an apparent conflict between the light boards and the flags.

However, additional footage came to light which led to a new understanding of events.

“Following a petition to review decision 33 taken after Qualifying, the Stewards acknowledged that the on-board footage of car 44 represents a significant new element (see decision 41) that had not been available to the Stewards in the hearing on Saturday and therefore reviewed the case,” read the stewards report.

“The Stewards heard from the driver of Car 44 (Lewis Hamilton) and the team representative and have reviewed the new video evidence and telemetry evidences.

“Taking into account these facts, the Stewards determine that decision 33 will be reversed and the above mentioned penalty is being imposed.”

The Briton also incurs two penalty points on his licence, bringing his total to five for the 12-month period.

Ironically, the yellows had been triggered when Hamilton’s team-mate Valtteri Bottas, who would retain pole position having been fastest through the first runs, ran off at Turn 4 on his second flyer.

Red Bull’s own Max Verstappen is the main beneficiary as he now joins Bottas on the front row.

McLaren’s Lando Norris swaps sides on Row 2, Alexander Albon moves up to fourth on the grid in the other Red Bull, and Hamilton will line up alongside Racing Point’s Sergio Perez, who retains sixth position.