Bottas takes pole despite off as Vettel misses Q3

Bottas takes pole despite off as Vettel misses Q3 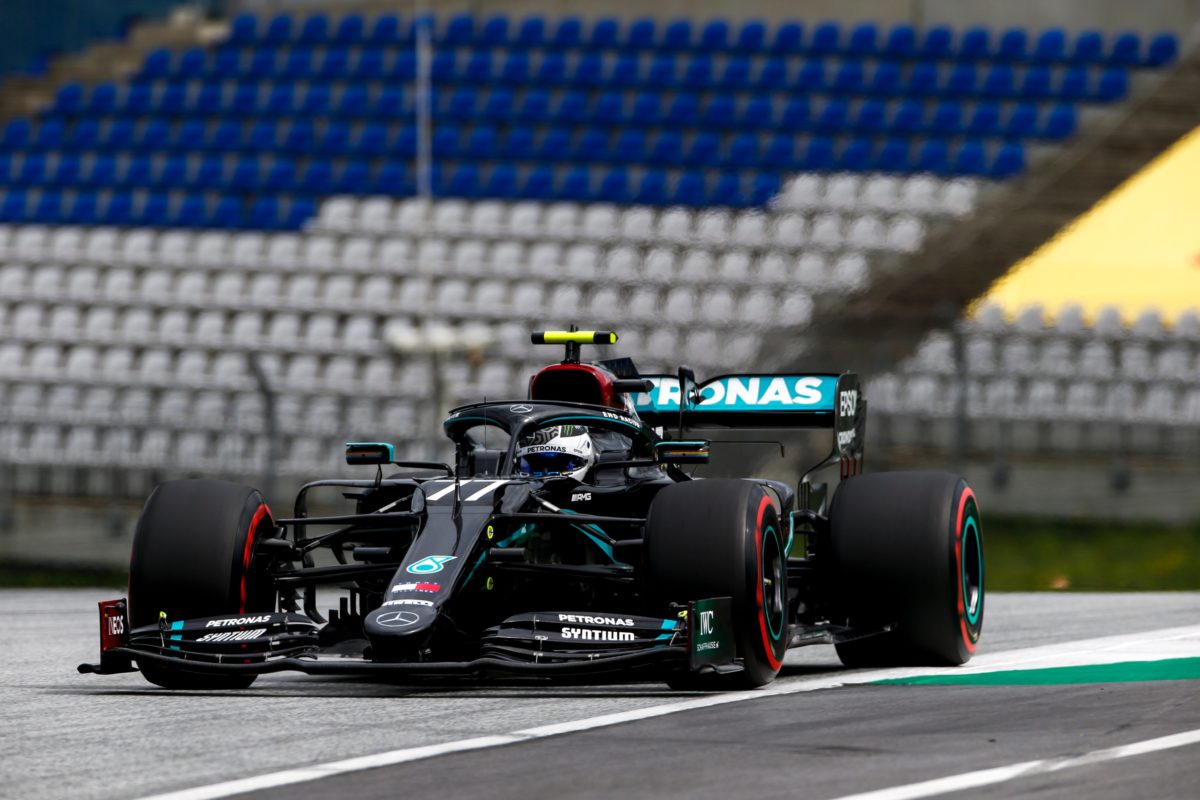 Valtteri Bottas has upstaged Mercedes team-mate Lewis Hamilton to take pole for the Austrian Grand Prix despite a late off, while Sebastian Vettel missed the top 10.

The latter is set to start the season-opener from 11th, one spot behind Renault’s Daniel Ricciardo, while Charles Leclerc was only seventh in the other Ferrari. 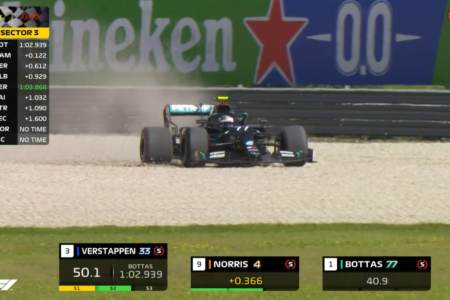 Bottas lapped the Red Bull Ring at record pace in setting a 1:02.939s on his first run and it was just as well given that he ran into the gravel exiting Turn 4 on his second run and spun on the grass as he tried to gather up the moment.

Hamilton improved with his second spell on the race track of Q3, but not by enough as he came up 0.012s shy of pole in a reversal of the top two from the three practice sessions.

Verstappen was best of the rest at more than half a second slower than the Mercedes in his Honda-powered Red Bull machine, his qualifying time ultimately a 1:03.477s.

The Dutchman attempted to get into the final, 12-minute stanza on medium compound rubber and appeared to ease off at the end of Q2 to ensure he will start on those tyres, when the rest of the top 10 will be on softs.

Leclerc was almost a second off the pace set by Bottas and will share Row 4 with Sainz.

The fifth row of the grid will be comprised of the Racing Point of Lance Stroll and the Renault of Ricciardo, who was heard complaining on his radio about what he believed to be unnecessary yellow flags, presumably triggered by Bottas, during his only run of Q3.

Vettel sat on the edge as the final runs started in Q2 and found a tenth-and-a-bit to clock a 1:04.206s with an untidy lap in the #5 Scuderia Ferrari entry as the 15-minute segment ended.

Although improvements were not as common as expected as that hit-out drew to a close, Albon subsequently jumped from the bottom five to third with a 1:03.746s.

As such, Vettel is consigned to 11th on the starting grid for Sunday’s 71-lap race, alongside AlphaTauri’s Pierre Gasly.

Kevin Magnussen (Haas) was first on the outside in Q1 having managed to elevate himself only to 16th with the chequered flag out.

George Russell briefly had himself out of the drop zone before Grosjean put the Williams driver back in there, and then Magnussen relegated him to 17th on the grid.

Nicholas Latifi (Williams) did take to the circuit following a crash at Turn 1 in Practice 3 but brought up the rear in his first qualifying session as an F1 driver.

Race start is scheduled for Sunday at 23:10 AEST.