Bottas believes he had even more pace

Bottas believes he had even more pace 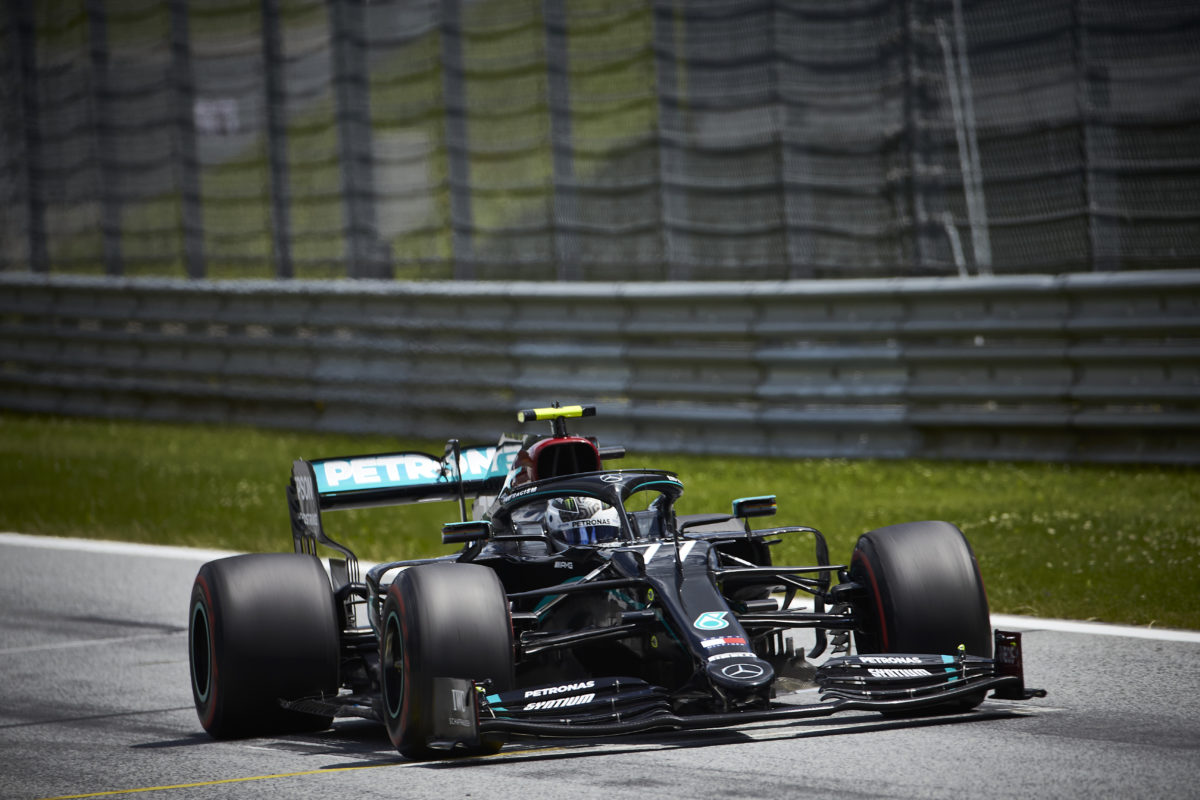 Austrian Grand Prix pole-sitter Valtteri Bottas believes that he had more pace than he was able to show after running off at the end of qualifying.

While Bottas’ pole time was a new track record, he thinks that a mishap at Turn 4 of the Red Bull Ring on his second run cost him the chance to go even faster.

“I think there was a bit more time on the table,” he said.

“I think I was slightly up on my second lap until I ran a bit wide in Turn 4 on the gravel and went off the track. So that was my mistake.

“It wasn’t quite perfect but it was super-close with Lewis, so I’m glad it was good enough.”

While the margin between the two Mercedes-AMG Formula One Team entries was slim, more than half a second separated them from the rest of the field, headed up by Red Bull Racing’s Max Verstappen.

Qualifying also marked the fourth session of as many so far this weekend in which the Mercedes have finished one-two, albeit in reverse order relative to the three free practice sessions.

“I’ve missed these feelings – after the qualifying ‘shakes’, it’s something special when you’ve pushed the car to the limit, and I’ve obviously been preparing this for a long time.

“It feels so good. You can’t say more than that, and our team, amazing job, we seem to be in our own league.

“It’s very impressive to see, it’s only the first qualifying of the season, but I’m so impressed, so thanks everyone in the team, all the factories.

“It’s a truly amazing car to drive, but tomorrow is what matters.”

Remarked Hamilton, “We definitely didn’t expect to have that gap.

“But it’s a true showing of the great work that everyone back on the factory continues to do. Valtteri did a better job with his lap, and it’s amazing. I don’t know what to say really, we did not expect to have that sort of gap.

“Definitely quick enough to be fighting for the lead, but there were different showings of the other teams, sometimes quick, sometimes a little bit further behind.

“That’s the true showing of our car, and we plan on trying to improve that.”

Expanding on his personal qualifying performance, the six-time world champion admitted that he had simply been beaten on the afternoon by his team-mate.

“The car was great, I just didn’t manage to put the greatest lap together, so work for myself to do,” admitted Hamilton.

“I’ll just go back to the drawing board and work harder.”

He also affirmed that Bottas’ mistake up the road from him at the end of Q3 did not affect him.

“I came round Turn 4 I think, and there as a big puff of dust,” recounted Hamilton.

“I didn’t know where the car was or anything like that, but I managed to see that Valtteri was just about to come back on the track.

“Fortunately, it didn’t really affect the lap, and he kept his position.”

Hamilton was investigated for a possible breach of yellow flag regulations but was ultimately cleared and will join Bottas on the front row for race start tonight at 23:10 AEST.