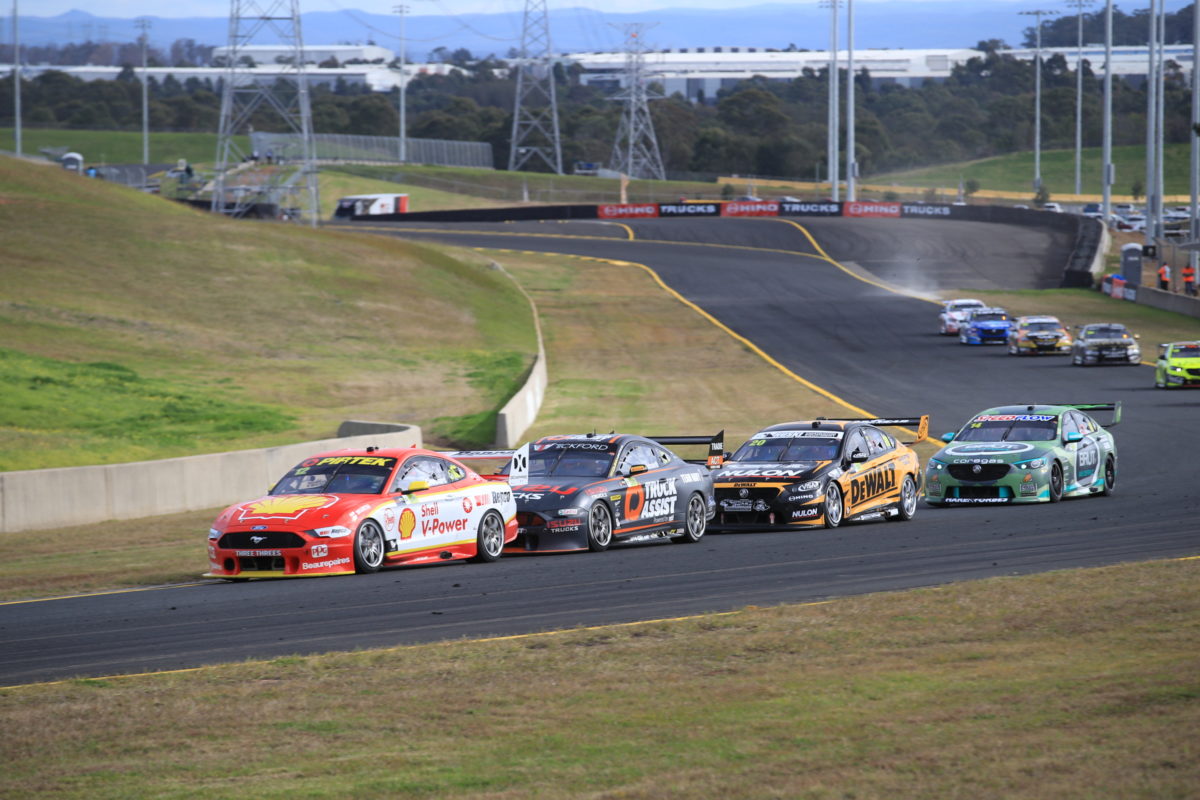 Supercars will again employ a three-race format for its second straight visit to Sydney Motorsport Park, but with tweaks to a number of other regulations including around tyres.

Full supplementary regulations have not yet been released but, following yesterday’s meeting of the Supercars Commission, it has been confirmed that the Saturday night race will end under lights by around 19:30 local time/AEST.

Based on last weekend’s programme, that would mean a start time of around 18:30 in full night-time conditions on a circuit which will feature a mixture of new permanent lighting and temporary illumination in the sections where installation has not yet been completed.

The Top 15 Shootout has been retained for the opening day of the event, and, as previously reported by Speedcafe.com, SMP’s traditional ‘Gardner’ layout will continue to be used.

Tyre allocation is different to the first trip to ‘Eastern Creek’ but the same as was to have been in place at the circuit which the second trip has replaced, namely Winton.

As such, once two sets of soft compound tyres are handed back after Practice 2, drivers will carry on with just two remaining sets of softs and three sets of the hard compound.

Drivers already had to effectively sacrifice at least one race last weekend, when they took five sets of soft compound tyres beyond practice, and that dilemma which will therefore be amplified next time around.

A curfew remains in place, although timing has shifted such that teams will leave the circuit by around 22:00 on the Saturday night.

The circuit will, however, open an hour earlier for crews to work on the Sunday, at 06:40, three-and-a-half hours prior to the day’s first qualifying session.

There will be no parc ferme between sessions, and potentially longer turnaround times before cars are due back on-track given the possibility that some support categories will feature at the second Sydney event.

The Dunlop Super2 Series (including Super3 class), Toyota Gazoo Racing Australia 86 Series, and Porsche Payce Carrera Cup were to have raced at Winton, with Supercars “still planning” on having the former two and confirmation of their presence or otherwise due on Monday.

In other changes, the Virgin Australia Supercars Championship’s driver flag warning system is also back after the in-car lights were not in use last weekend, and the pit lane order will be different.