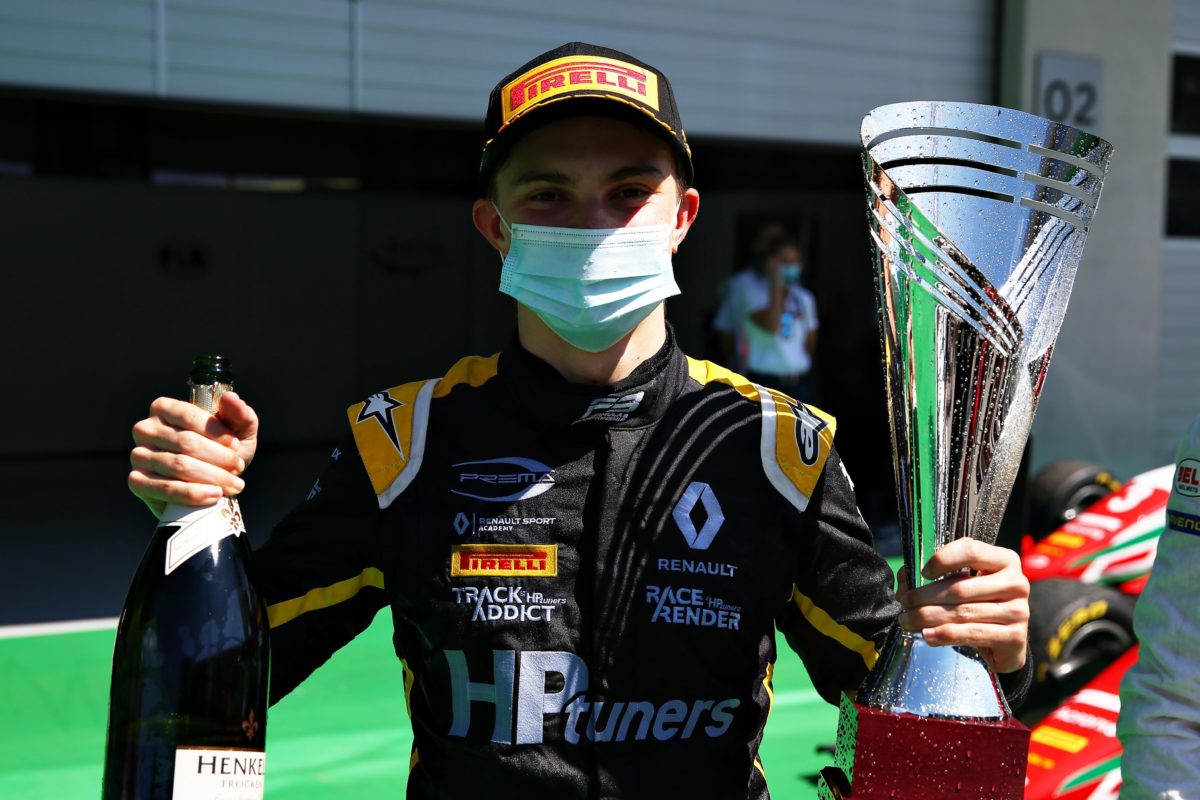 Oscar Piastri has driven to a dominant victory in his first FIA Formula 3 Championship race while compatriot Alex Peroni made it a double Australian podium at the Red Bull Ring.

Piastri led from the exit of the third corner until the chequered flag after somehow surviving significant contact with pole-sitter Sebastian Fernandez (ART Grand Prix) at the first corner.

Logan Sargeant finished 1.671s behind his Prema Racing team-mate in second position having been twice as far back for much of the 24-lap affair, with Peroni third for Campos Racing in his comeback race after last year’s spectacular Monza crash.

Piastri had qualified third and while he was away well enough when the lights went out, Fernandez was tardy before trying to recover at least one place as he swept into Turn 1.

However, he succeeded only in getting himself unloaded by the Melburnian, who was also pushed into the left-rear corner of Lirim Zendeli’s Trident entry on the inside.

Zendeli and Piastri ran up the hill in first and second respectively before the latter went to the outside and executed the pass for the lead at Turn 3.

Last year’s Formula Renault Eurocup champion would be cleared of wrongdoing for the Turn 1 incident and as he gapped the 30-car field, Zendeli came under more pressure.

The German was rounded up by Sargeant at Turn 4 on Lap 5 and while the American could not make that move stick due to touching the grass on exit, he got the job done a lap later, with Peroni following him past.

Sargeant survived the attention of the Tasmanian over the next handful of laps before he moved closer to the Australian ahead.

In the end, he did not catch Piastri fast enough, while Peroni took the chequered flag 1.4s further back in third, but with the two bonus points for the fastest lap to his name.

Another 24-lap race, for which the top 10 on the grid will be the reversal of the Race 1 results, takes place tomorrow from 17:45 AEST.