No engine upgrade for Renault in 2020

No engine upgrade for Renault in 2020 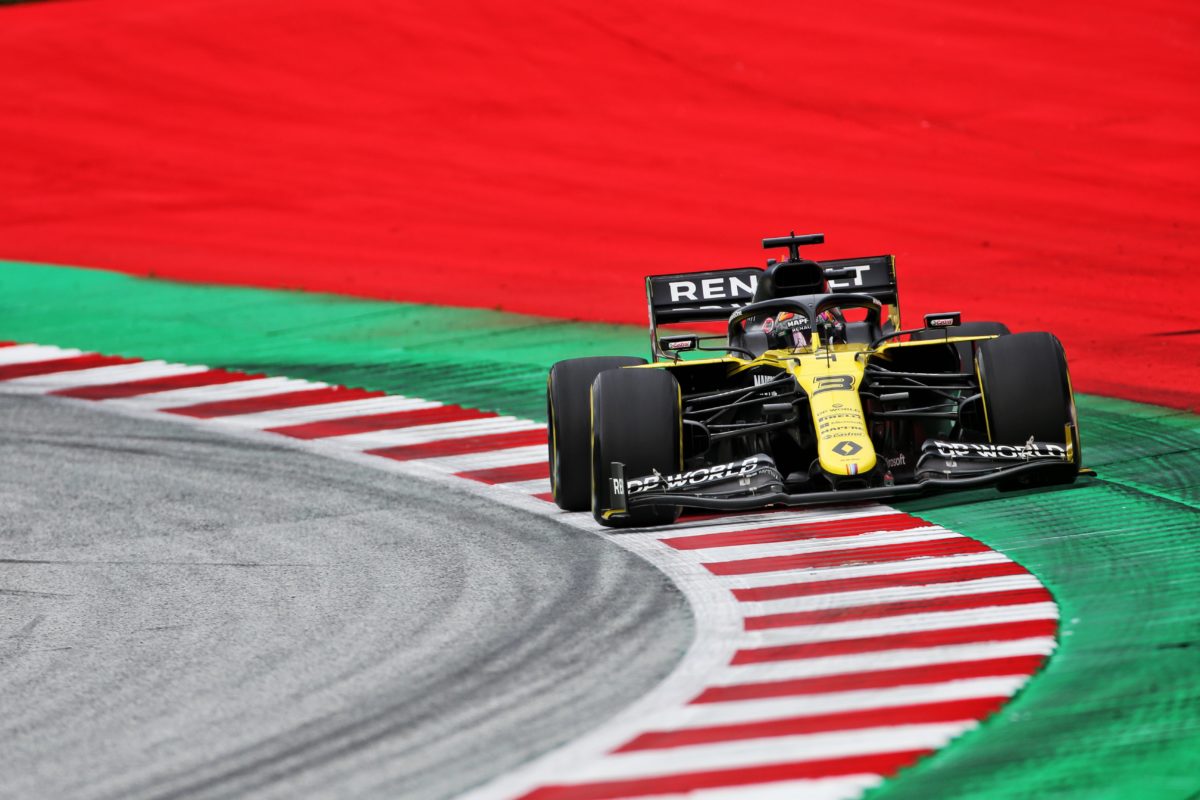 Renault will carry the same engine specification through 2020 due to financial pressures, team boss Cyril Abiteboul has confirmed.

With power unit specifications frozen for the season, this weekend’s Austrian Grand Prix represented the first and last opportunity to introduce such upgrades.

While Mercedes and Honda chose to do so, Renault and Ferrari have refrained.

Abiteboul cited the financial downturn caused by the COVID-19 pandemic, to which the freeze was a response, as the reason for the decision.

“(There are) some trade-offs and also sacrifices we have made in order to manage a crisis that has been extremely severe,” explained the Renault F1 Team Managing Director.

“We are talking about a large reduction of the prize fund. We are also having discussions with sponsors who are very loyal but who are all facing challenges in their own business.

“That’s why indeed we had to come up with some decisions and one of those decisions was that as far as we were concerned is that we are going to pause engine development, focusing on the next step that we will have the opportunity to discuss later.

“But indeed, that means don’t expect any engine upgrade from us this year.”

Exceptions are allowed for updates made for reliability reasons, but Daniel Ricciardo and Esteban Ocon will otherwise use the same specification of power unit for the remainder of the campaign.

According to Abiteboul, development of the car itself was deemed a higher priority.

“I think the engine has made good progress. It’s well recognised and accepted,” he stated.

“We now need to focus on the car and that’s what we are doing now in the decision that we have taken in terms of financial trade-off for the future.”

Abiteboul claimed that the slip to fifth was not unexpected, and that there have been moves to address it.

“We’ve had a nice progression since 2016 that indeed marked a stop last year,” he observed.

“But for me, you know, there were already some signs of weakness before last year.

“If you go back into what was 2018, yes we were P4 in the championship but it was clear that we were not capable of developing at the right pace.

“In order to catch up with a top team, it was already very clear that McLaren was on a very nice trajectory.

“We had to do a number of changes that basically led us to change a big part of the technical leadership in Enstone.”

Ricciardo was fifth-fastest in Friday practice courtesy of a single run on soft compound tyres in the latter session.

The Australian suggested that his R.S.20, which arrived in Spielberg with aerodynamic updates, had improved.

“The car felt good straight away and we carried some good momentum through the day,” said Ricciardo.

“Our long run pace gives us something to work on, while the low fuel pace looked decent, so I’m pretty happy with that.

“Taking the timing board out of it, the car feels like it’s progressed, so it’s positive feelings and I’m looking forward to qualifying.”

Abiteboul’s comments about development were made while addressing questions about his own future with the team.

Having been asked if he felt pressure to ‘justify’ his place at the team, the Frenchman said, “I am feeling pressure but equally I am feeling confident, about this year and the ones to come after that.”

Esteban Ocon was 11th fastest all told in the other Renault as he returned to a race driver role after a year as a Mercedes reserve.

Proceedings resume tonight with Practice 3 at 20:00 AEST, and Qualifying from 23:00.