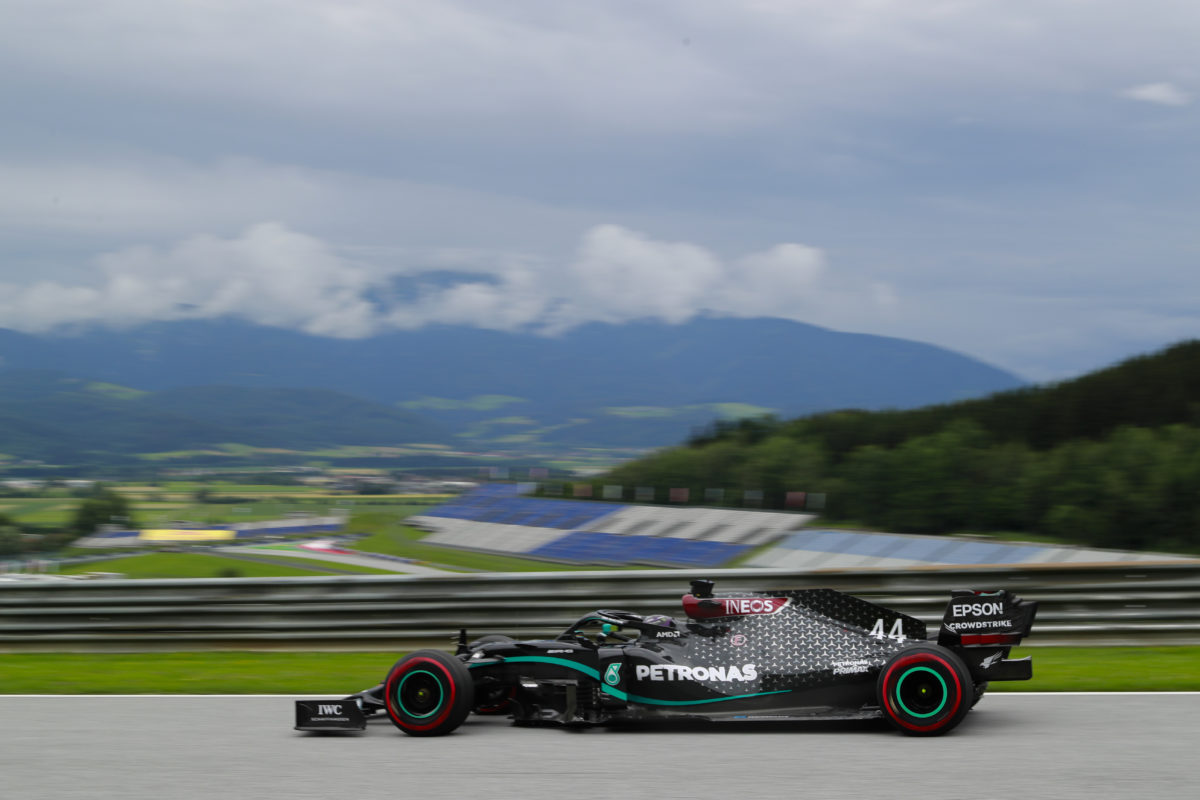 Both Lewis Hamilton and Valtteri Bottas, who finished first and second respectively in each of the two 90-minute sessions, were seen using DAS at Austria’s Red Bull Ring.

Red Bull Team Principal Christian Horner had already foreshadowed a protest, stating on Sky Sports F1 during Practice 1 that his squad was after “clarification” about the system.

“We will wait to see if it is fitted to their cars, obviously it’s a complicated system, it’s a clever system,” he said.

“Obviously, we’re after some clarifications from the FIA, just are raising some questions about it.”

Mercedes was summoned to stewards on Friday evening (local time), with the protest officially rejected a short time ago.

DAS allows the drivers to adjust the toe of the front wheels by pulling the steering wheel towards them, ostensibly to increase tyre heat on the straights, and was debuted during pre-season testing in February.

Stewards determined that it is not illegal as they deemed it to be a steering system.

“The Stewards believe DAS is part of the Steering system, albeit not a conventional one,” read their conclusions, in part.

“The key challenges to the legality of DAS rely on it not being part of the Steering system.”

According to the summons issued by stewards, Red Bull’s protest concerns Articles 3.8 and 10.2.3 of F1’s Technical Regulations.

The latter article relates to geometry, stating, “no adjustment may be made to any suspension system while the car is in motion”.

In dismissing the protest regarding Article 3.8, stewards noted a ‘de facto’ exception for steering as the front wheels must necessarily have an aerodynamic influence.

“Stewards conclude that the DAS system is not part of the suspension, nor can it be considered to illegitimately adjust the suspension,” they affirmed.

“Therefore the Stewards consider DAS to be a legitimate part of the steering system and hence to satisfy the relevant regulations regarding suspension or aerodynamic influence.”

Red Bull may well be preparing to implement its own version of DAS, with Horner responding to a question on Sky Sports F1 about whether or not his team was uncertain about using it by saying, “You could interpret it like that if you choose to.”

He added, “It depends what it actually does and achieves. Everything has to earn its place on the car.

“Obviously, it’s a clever system, an ingenious system, these rules are so complex, it’s just understanding which part of the regulations it fits.”

Practice 3 for the Austrian Grand Prix starts tonight at 20:00 AEST, followed by Qualifying from 23:00.