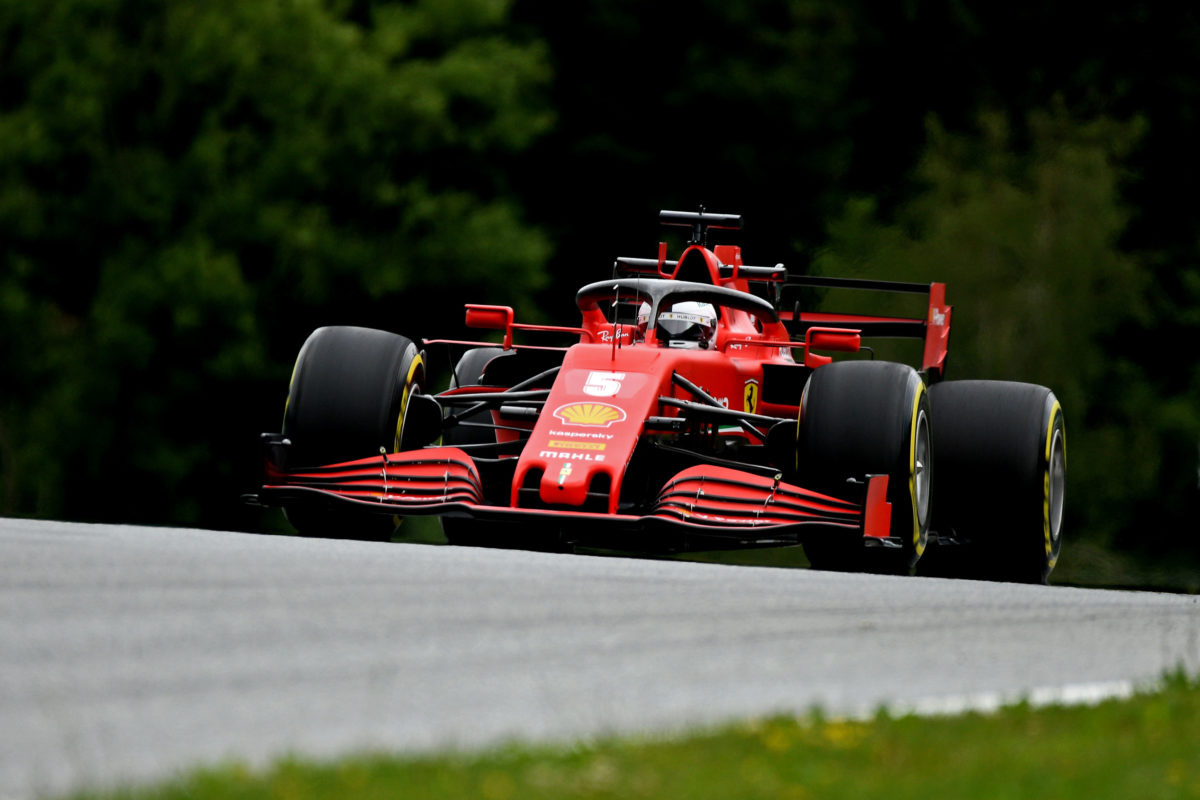 Mattia Binotto maintains that Ferrari had intended to re-sign Sebastian Vettel until it had to reconsider its position due to the COVID-19 pandemic.

Vettel’s impending exit from Scuderia Ferrari was confirmed in May, with reports at the time claiming that the parties could not agree on remuneration or the length of a new contract.

The German claims, however, that he had no discussion about a deal before taking the call from Binotto informing him that his services were no longer required.

Vettel said on the eve of this weekend’s Austrian Grand Prix that there was “never an offer on the table and therefore, there was no sticking point,” assertions consistent with the Ferrari Team Principal’s version of events.

“Certainly, we have always said to him during the winter time privately and publicly that he would have been our first choice, which I confirm,” said Binotto.

“It’s normal that during the winter time many drivers ask us if there are any opportunities to drive for Ferrari, so we have certainly been contacted. That didn’t change our position, so Seb was our first choice.

“What happened since then? I think the virus and pandemic situation, which changed the entire world, not only our motorsport, our F1.

“The budget cap has been changed by quite a lot, and is a lot more strict, the regulations have been postponed from ’21 to ’22, which somehow was something important for us.

“Cars which have been frozen, or almost frozen, for 2020 and ’21. So, let’s say the entire situation has changed.

“And on top of that the season has not started, so there has been no opportunity even for Seb to be back on track to prove how much he was really motivated to drive for Ferrari, which has been somehow unfortunate for him.

“So during the shutdown as Ferrari we had to eventually reconsider our position. We took a decision, so certainly that was our decision, that is our responsibility, and we communicated to him.

“While he accepted our decision, I would say even today he’s not fully happy with it, which again I would say is something which is normal and obvious.”

Although current McLaren driver Carlos Sainz was quickly named as Vettel’s replacement, Binotto still has kind words for Vettel, who moved to Ferrari in 2015.

“I think it has been a great period, five years so far, six with the current season,” said Binotto.

“He’s a great champion, but he’s as well a great person. I think that everybody in Ferrari, our fans, the people working internally, really love the time with him.

“I think that’s something we fully respect. I personally respect him a lot, him as a professional and as person, and I think that is fully unchanged compared to our decision.”

Vettel was fourth-fastest in Friday practice at the Austrian Grand Prix, behind the factory Mercedes of Lewis Hamilton and Valtteri Bottas, and Racing Point’s Sergio Perez.