Vettel had ‘no discussions’ before Ferrari dumping

Vettel had ‘no discussions’ before Ferrari dumping 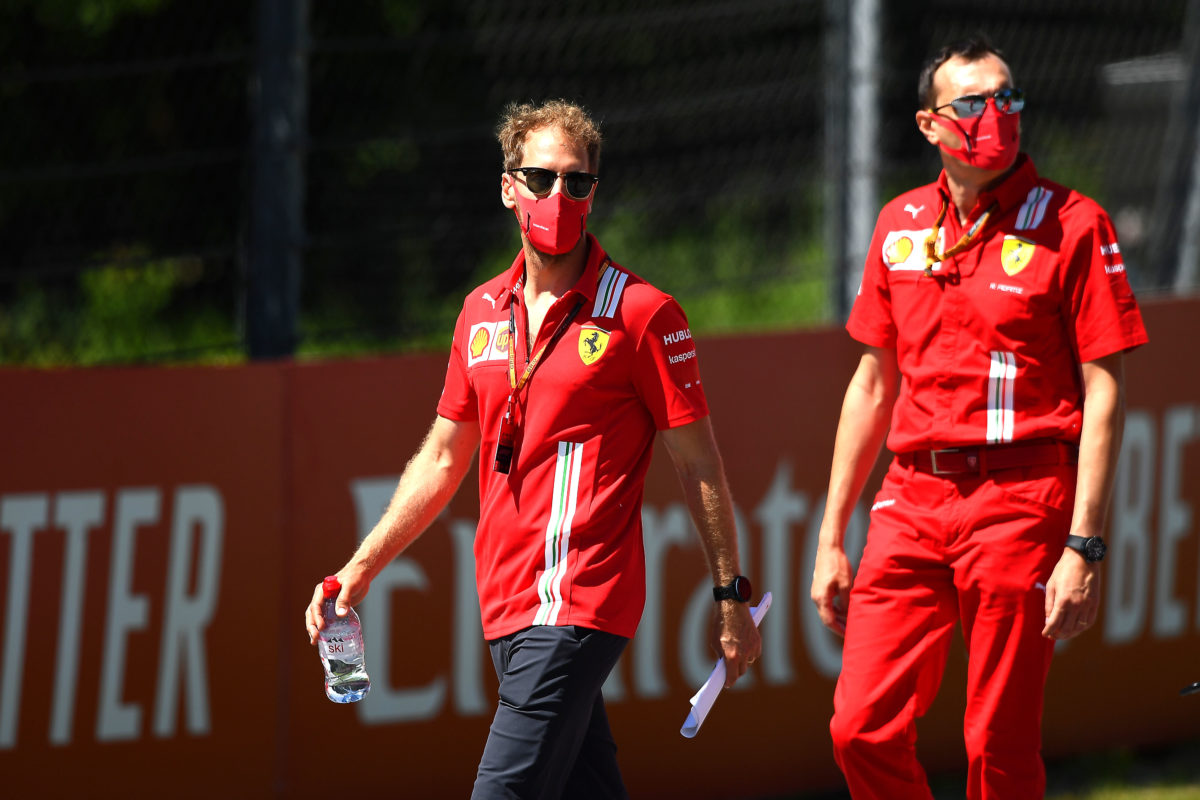 Sebastian Vettel has revealed there were no discussions between he and Ferrari regarding a new contract prior to the announcement that he would leave the team at season’s end.

Vettel’s departure from the Italian squad was announced in May, and will bring to an end a seven year relationship with the operation.

Speculation at the time suggested the two parties could not come to terms on a salary, and that the 33-year-old had been offered a single year deal with remuneration on par with team-mate Charles Leclerc.

Speaking ahead of this weekend’s Austrian Grand Prix, the four-time world champion revealed that was not the case.

“There was no sticking point,” he said.

“It was obviously a surprise to me when I got the call from Mattia, when he told me that there was no further intention from the team to continue.

“We never got into any discussions, there was never an offer on the table and therefore, there was no sticking point.”

Vettel’s departure from the Scuderia comes at a time when a host of drivers are set to hit the market.

Regulatory changes initially set to be introduced next year saw much of the field time their contracts to coincide.

However, those changes have now been pushed back to 2022 with teams set to carry their current cars into next season.

Both Lewis Hamilton and Valtteri Bottas are out of contract come season’s end, though there has been no reason to suggest either would part ways with Mercedes.

With Red Bull having ruled out a return, Vettel’s prospects of securing a front running drive are therefore slim.

“At the moment I’m not really having any (discussions with other teams),” he confirmed.

“Looking forward obviously I want to make sure I make the right decision for myself and my future.

“I think I have a very competitive nature. I’ve achieved a lot in the sport and I’m motivated and willing to achieve more.

“To do so, I think, I need the right package, and the right people around me. So that’s what I’m looking out for at the moment.

“If the right opportunity should arise, then I think it is quite clear. If that’s not the case, then I probably have to look out for something else.

He went on to suggest that, should he opt to leave Formula 1, he would be unlikely to return.

“I am of the conviction that if you are prepared to let’s say shut the door, then you should be prepared to shut that door, and not shut it and expect it to open again,” he said.

“I think you have to be aware of the decision that you are making at the time, and that’s why also I’m not rushing into anything.

“I think it’s good to get the season under (way), but the next weeks and months will probably bring some more clarity.”

Ferrari enters this weekend’s event on the back foot after an underwhelming pre-season test, and with an unchanged car from February.

It’s left the team pessimistic about its early chances, with the first round of updates set arrive in time for the Hungarian Grand Prix in two weeks.

“I think after the testing, we more or less knew that we were not where we wanted to be, especially on the qualifying pace,” said Leclerc.

“Then there’s been this whole situation with coronavirus, everything was closed.

“Once they reopened, we re-analysed the data with the small amount of time we had, and I think we decided to make a step back to try and analyse from where the issue is coming from first, to then work on the issues.

“That’s where we’re at at the moment. We have tried a different route for Budapest.”

Opening practice for the Austrian Grand Prix, the first event of the 2020 season, commences at 19:00 AEST this evening.