This year’s FIA Formula 3 Championship features a healthy serving of Australian and New Zealanders, with a total of five Antipodeans on the grid.

For Piastri, Doohan, and Williams, it’s a case of stepping onto the next rung of the ladder towards Formula 1, while Peroni and Lawson enter their second year in the competition.

The FIA Formula 3 Championship has become a stepping stone on the road towards F1, the point at which a number of other categories converge.

That includes the lines of Formula Renault, Euroformula Open, and regional Formula 3 competitions.

It also puts aspiring youngsters under the nose of team bosses as the F3 calendar supports Formula 1 throughout Europe.

As we head into the 2020 season, Speedcafe.com has put together everything you need to know to follow the next generation of F1 drivers. 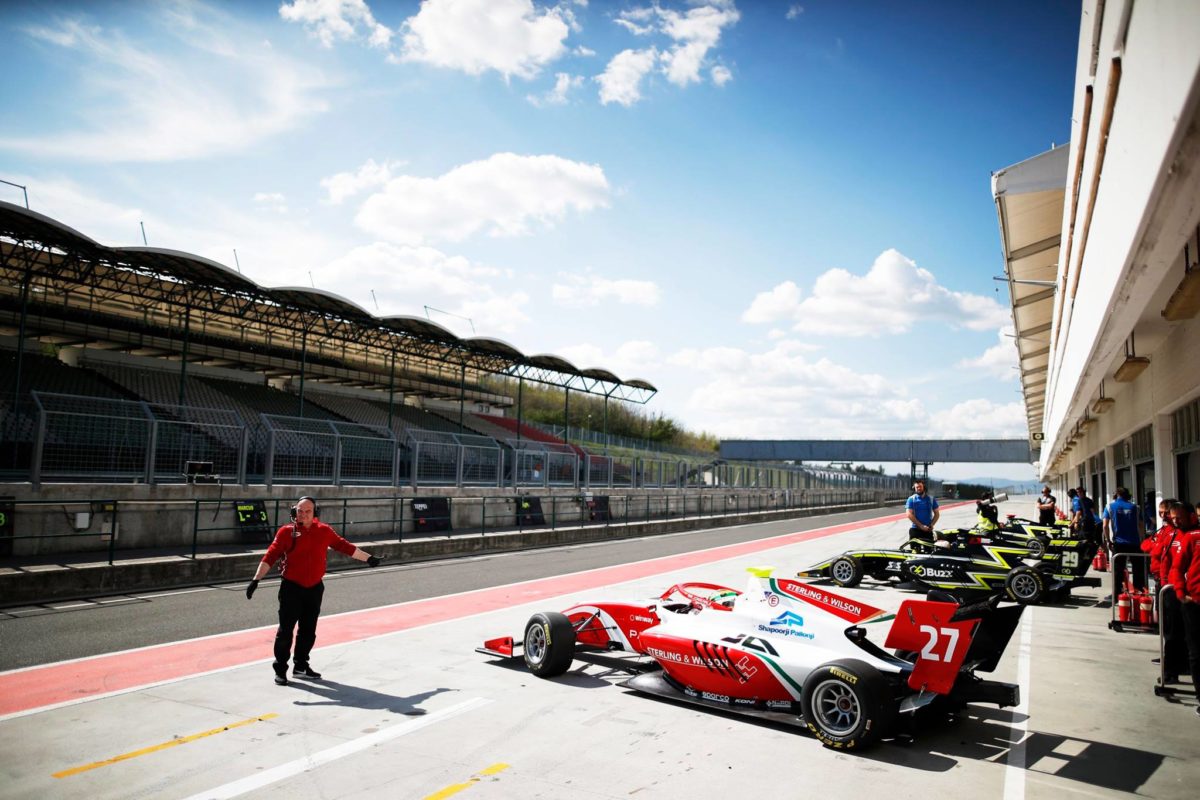 Though yet to be completely confirmed, it has been announced that the opening eight rounds will follow Formula 1’s hectic schedule through Europe.

That begins with events on successive weekends in Austria at the Red Bull Ring, the first of which is this weekend.

It’s then on to the tight Hungaroring circuit just outside Budapest in Hungary before heading across the English Channel for two races at Silverstone.

The rapid fire nature of the season continues with events in Barcelona (Spain), Spa-Francorchamps (Belgium), and Monza (Italy).

From there the series will potentially take in two more rounds, in Russia and Bahrain though dates for those are yet to be confirmed.

Should they go ahead it would make for a 10 weekend calendar, two more than last year. 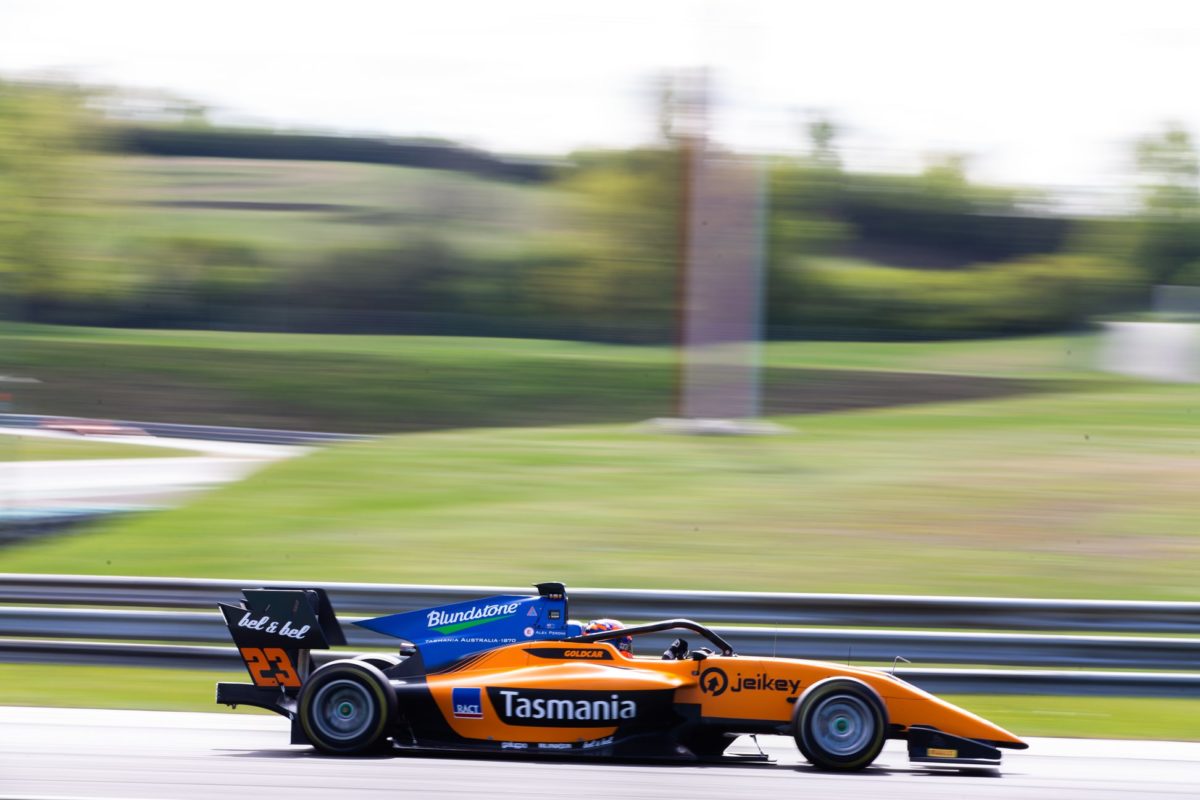 The Formula 3 Championship is a ‘spec’ competition, meaning drivers use identical chassis, tyres, and engines.

Making its debut last year, the Dallara F3 2019 will again be utilised; a car similar to the GP3/16 it replaced but with modifications to the front end and the addition of the halo.

Like in Formula 1, drivers have the ability to open the rear wing via the Drag Reduction System when in battle.

Powering the car is a 3.4-litre naturally aspirated V6 engine developed by Mechachrome, which produces 380bhp.

One of the competition’s main drawcards, aside from racing in front of the F1 paddock, is the Pirelli tyres – similar to those used in the premier class. 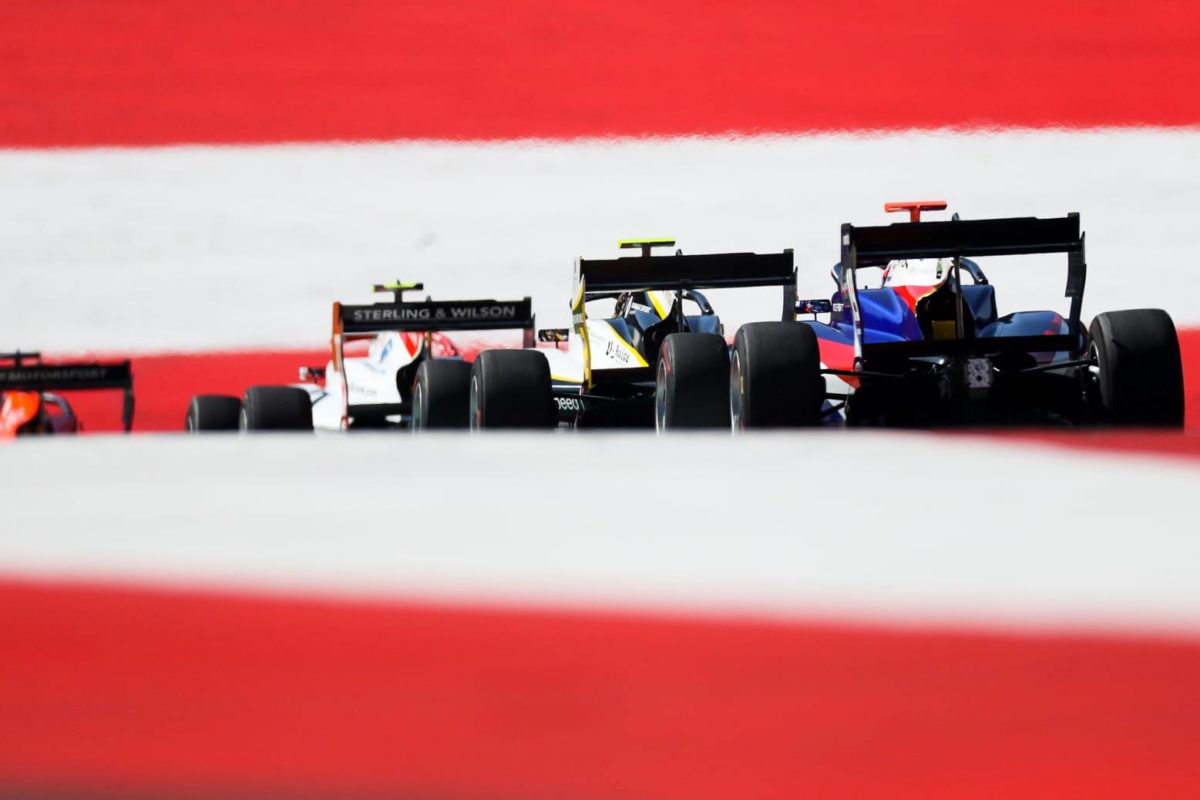 As a support category to Formula 1, the weekend format for Formula 3 is somewhat condensed.

There is just a single 45-minute practice session ahead of a 30-minute qualifying session.

Qualifying runs to a traditional format, setting the grid for the first of the weekend’s two races based on the times posted.

Along with qualifying on pole, the fastest runner also picks up four championship points.

The weekend then folds into two races that can run no longer than 40 minutes, which run without the need to stop for tyres while refuelling is banned.

Race 2 of the weekend is slightly more complicated as it features a reverse top 10 based on the results of Race 1.

It means the winner of the weekend’s opening encounter will line up 10th, and so on down the order.

Points are awarded for both races using the same format as Formula 1, with 25 for a win down to a single point for finishing 10th. 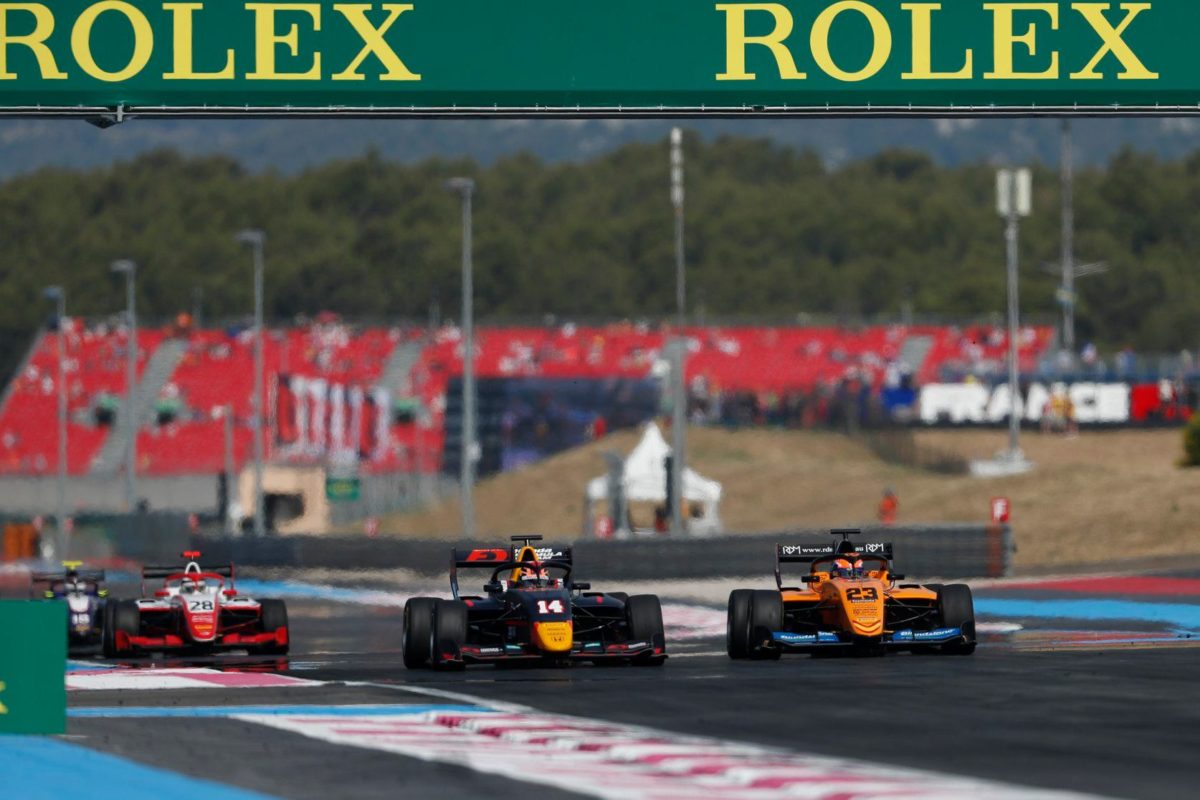 Australians will be able to enjoy greater coverage than ever of F1’s feeder categories, with both Formula 2 and Formula 3 set to have qualifying broadcast live on Fox Sports and the Kayo streaming service.

For the season-opener in Austria that will see the likes of Piastri, Peroni, Doohan, Williams, and Lawson on our screens from 22:05 AEST on Friday evening.

Coverage of the opening race of the season gets underway at 18:20 AEST on Saturday, with Race 2 slated for a 17:40 AEST start on Sunday evening.

For the rest of the season, be sure to check guides in the lead-up to each event. 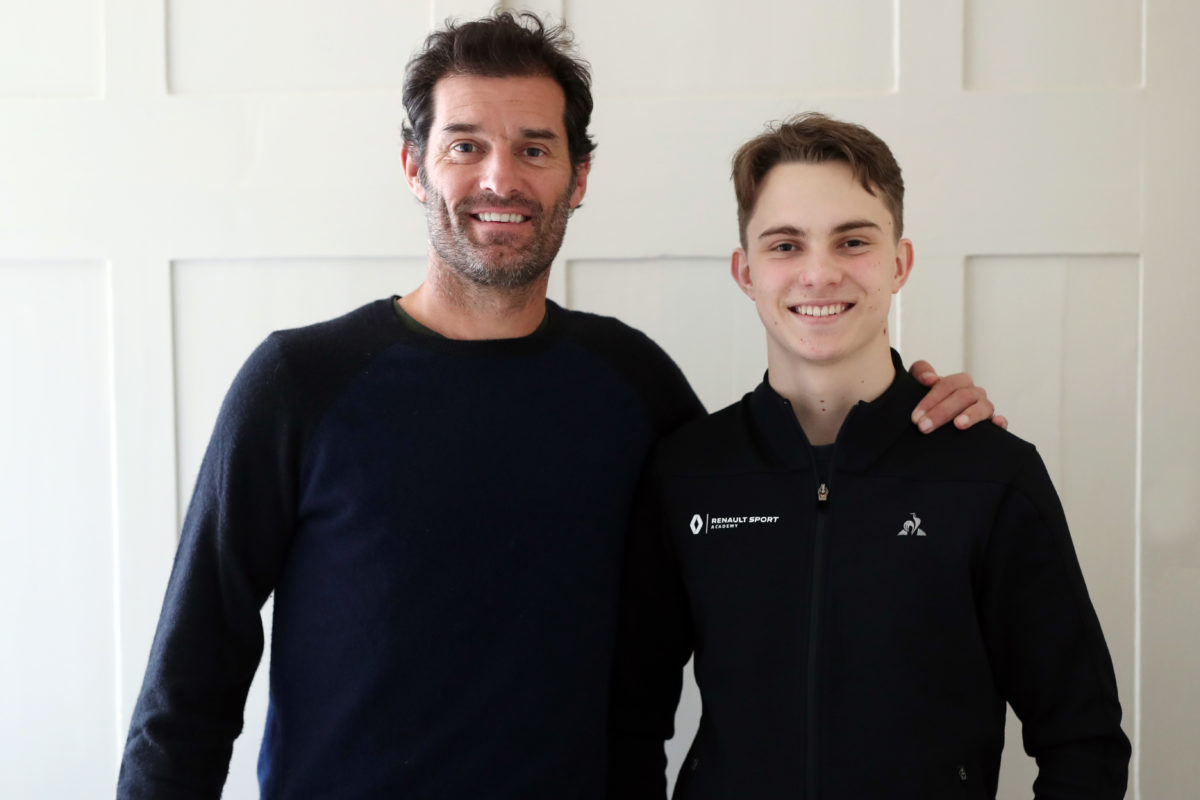 Managed by Mark Webber and part of the Renault Sport Academy, Piastri is set to embark on his maiden season in the FIA Formula 3 Championship.

The Melbourne-native is now primarily based in Europe, first competing in the Formula 4 British Championship in 2017, finishing second.

Last year he switched camps to R-ace GP and won seven times in 19 starts to claim the Formula Renault Eurocup, a competition previously won by the likes of Lando Norris, Pierre Gasly, and Valtteri Bottas. 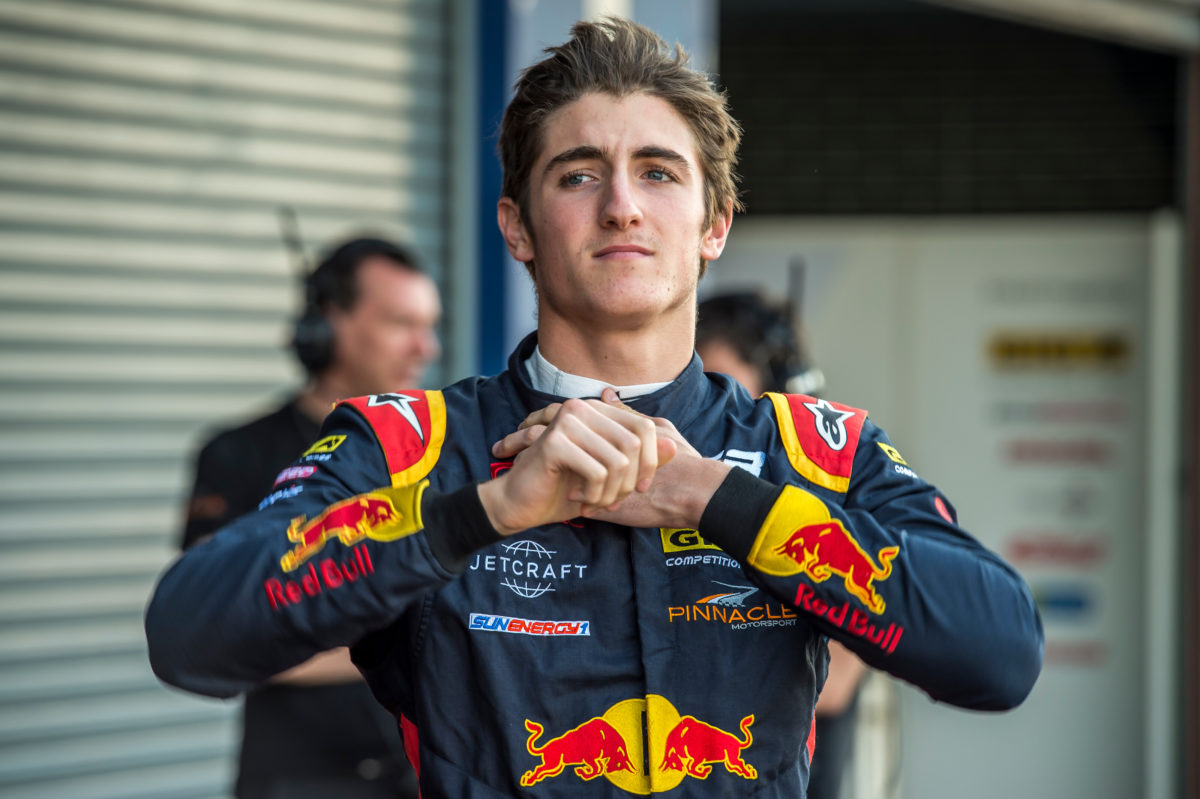 The son of a famous father, Doohan has Austrian drinks giant Red Bull in his corner.

While Doohan Snr carved a name for himself on two wheels, Jnr is this year taking the next step along a four-wheeled path.

Having progressed from karting, Doohan finished fifth in the 2018 Formula 4 British Championship.

That same season he had outings in the German and Italian championships too, and during the European winter raced in the MRF Challenge – Formula 2000 – a primarily Middle Eastern competition that pitted him against the likes of Jamie Chadwick.

In 2019 he finished second in the F3 Asian Championship, and campaigned for Double R Racing (a team owned in part by Kimi Raikkonen) in the Euroformula Open series.

Over the Southern Hemisphere summer he again raced in Asia, and was unlucky to miss out on the F3 Asian Championship title.

Doohan will campaign in the FIA Formula 3 Championship with HWA Racelab, a team which also fields an entry for Stoffel Vandoorne and Gary Paffett in the Formula E Championship. 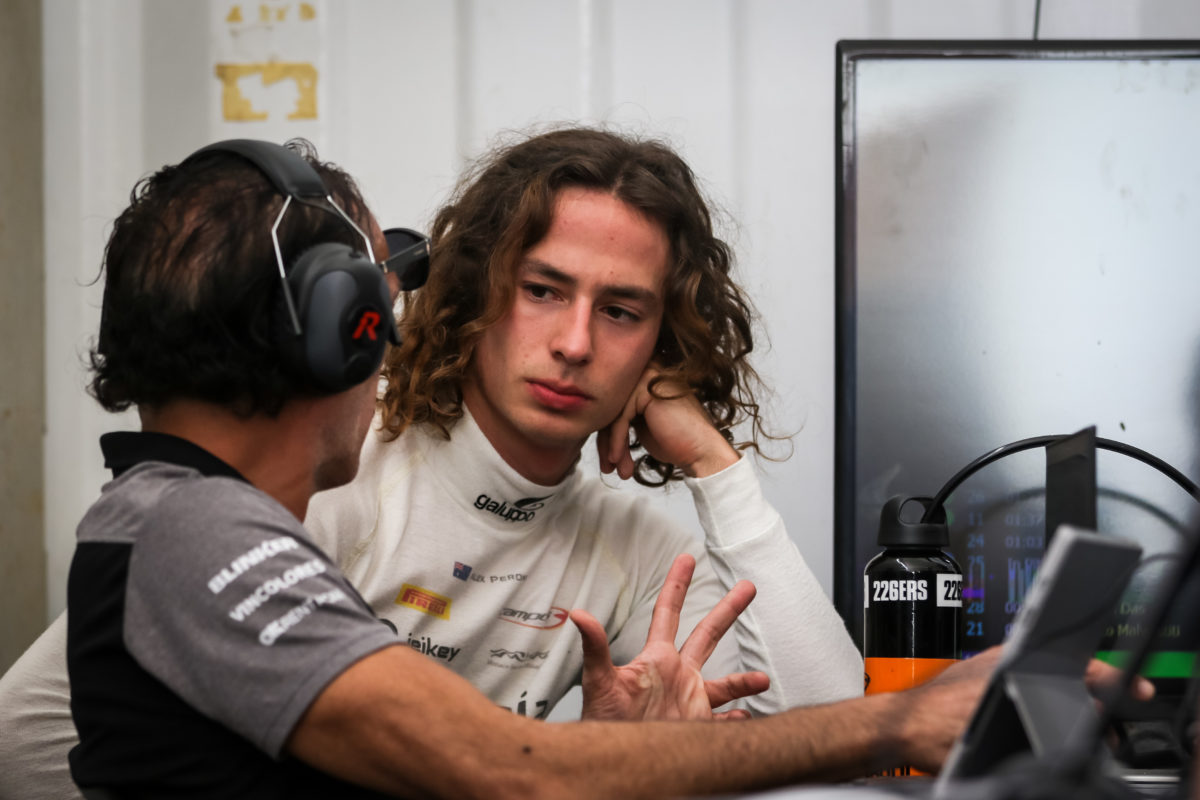 While best known for parking his car atop the tyre barrier on the exit of Monza’s Parabolica last year, Peroni has been building his motorsport career abroad for some time.

The Tasmanian, whose cars proudly display his home state’s name, has been racing in Europe since 2015.

Back then he raced in the Italian Formula 4 Championship before stepping into the V de V Challenge Monoplace – a junior open wheel series.

He duly dominated the competition, winning 14 times in 21 races, including the last six races on the trot. He was off the podium only twice all year, and won 10 of the last 12 races of the competition.

From there he stepped into Formula Renault Eurocup with Fortec Motorsports, winning at Pau in his debut season.

In 2018 he claimed another race win, this time at Monaco on the same weekend which saw Daniel Ricciardo win the Monaco Grand Prix and Will Power the Indianapolis 500.

Peroni stepped up to the FIA Formula 3 Championship last year with Campos, though his season ended early following his Monza aerobatics.

Having recovered from the fractured D6 vertebrae suffered in the frightening incident, Peroni will remain with Campos Racing for the coming season. 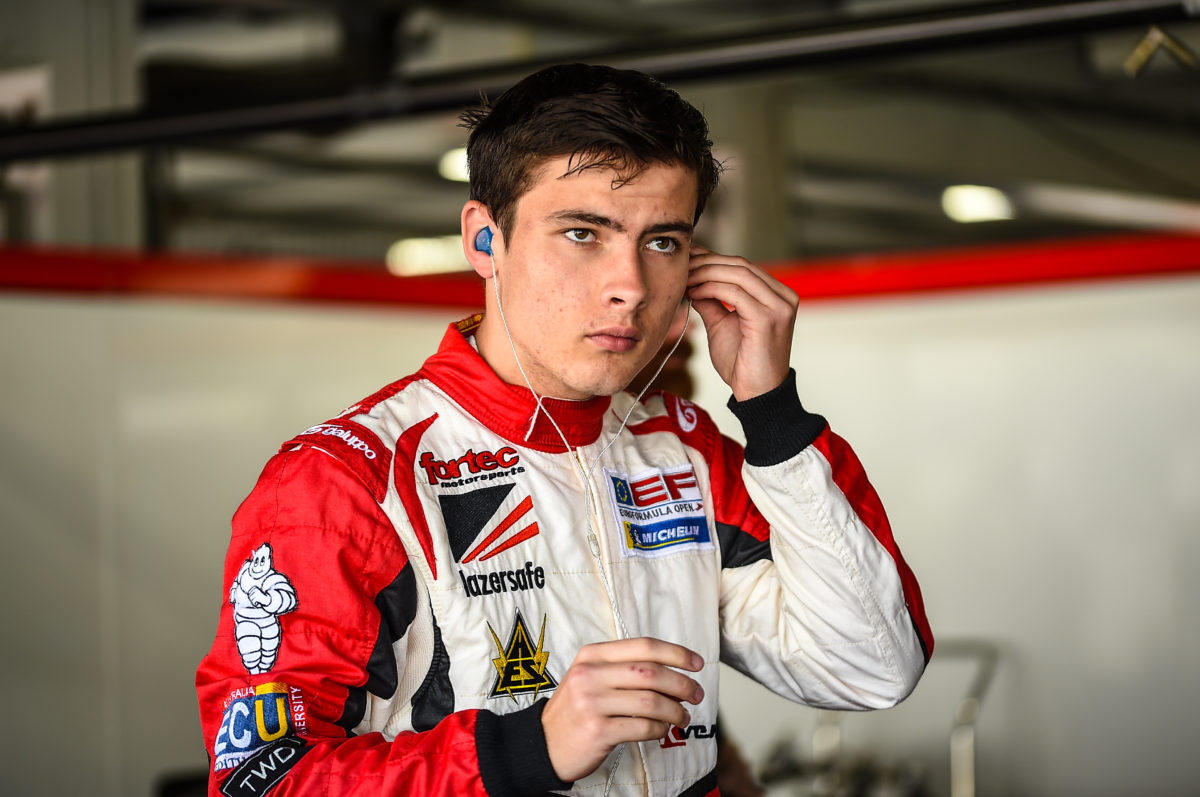 Making his debut in 2015, he was second in the series the following year.

From there he stepped up to wings and slicks racing, and won the Australian Formula 3 Premier Series in 2017.

He headed to Europe the following year and joined the Euroformula Open Championship with Fortec Motorsport, competing in a partial campaign that netted a best result of seventh at Spa.

Staying on with the squad for 2019, Williams challenged for podiums at the Red Bull Ring, picking up a fourth and fifth place in the weekend’s two races.

He spent last summer racing in New Zealand in the Castrol Toyota Racing Series and has since returned to Europe where this year he’s joined Jenzer Motorsport based out of Switzerland. 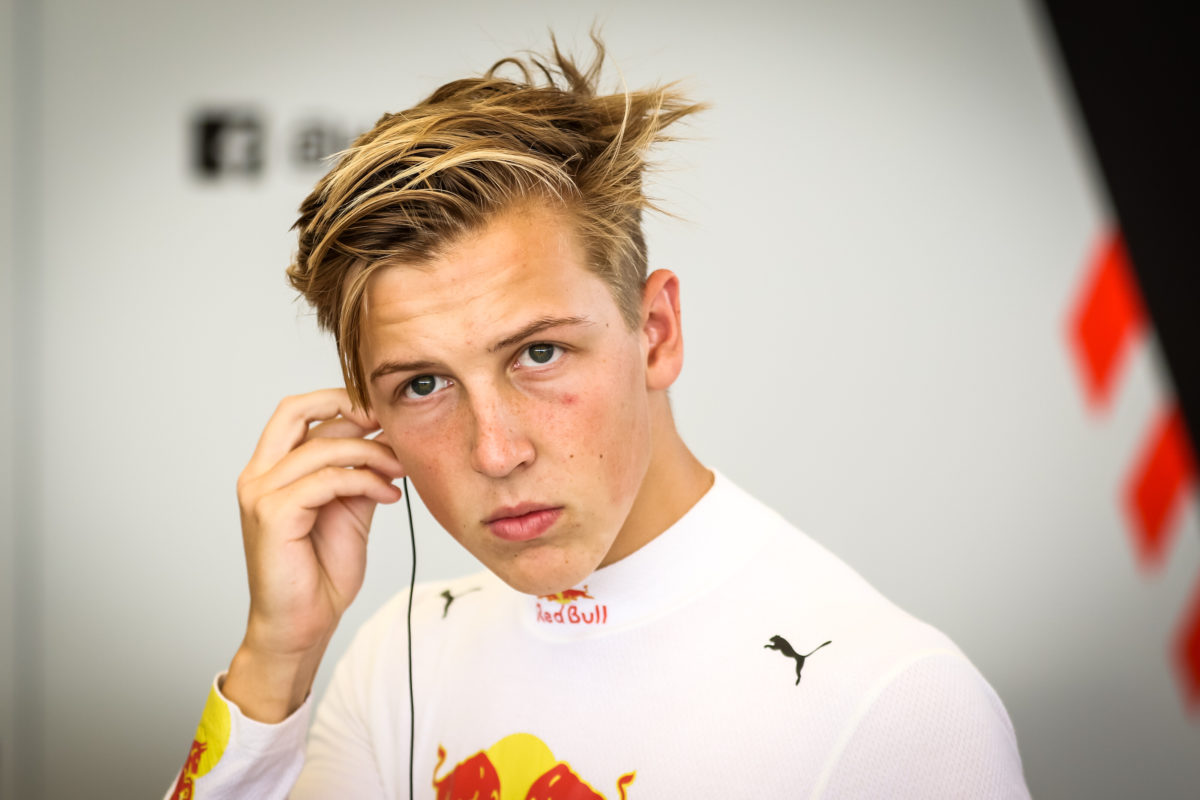 Hailing for the north island of New Zealand, Liam Lawson has shown plenty of promise at every stage of his career to date.

He won the 2016/17 NZ F1600 Championship Series by taking 14 victories from 15 starts, and was second in the Australian Formula 4 Championship the following year.

A year later he’d ventured to Europe where he was second in the Formula 4 Championship driver for Van Amersfoort Racing, winning three times.

It was a busy year for Lawson, who banked two podiums in the F3 Championship but also claimed second in the Euroformula Open Championship with four wins from 14 starts.

That followed on from victory in the Castrol Toyota Racing Series at the start of the year, a competition in which he finished second this year.

Now part of the Red Bull portfolio of drivers, Lawson has switched to Hitech Grand Prix for the coming year, the squad having finished second in last year’s team’s competition.