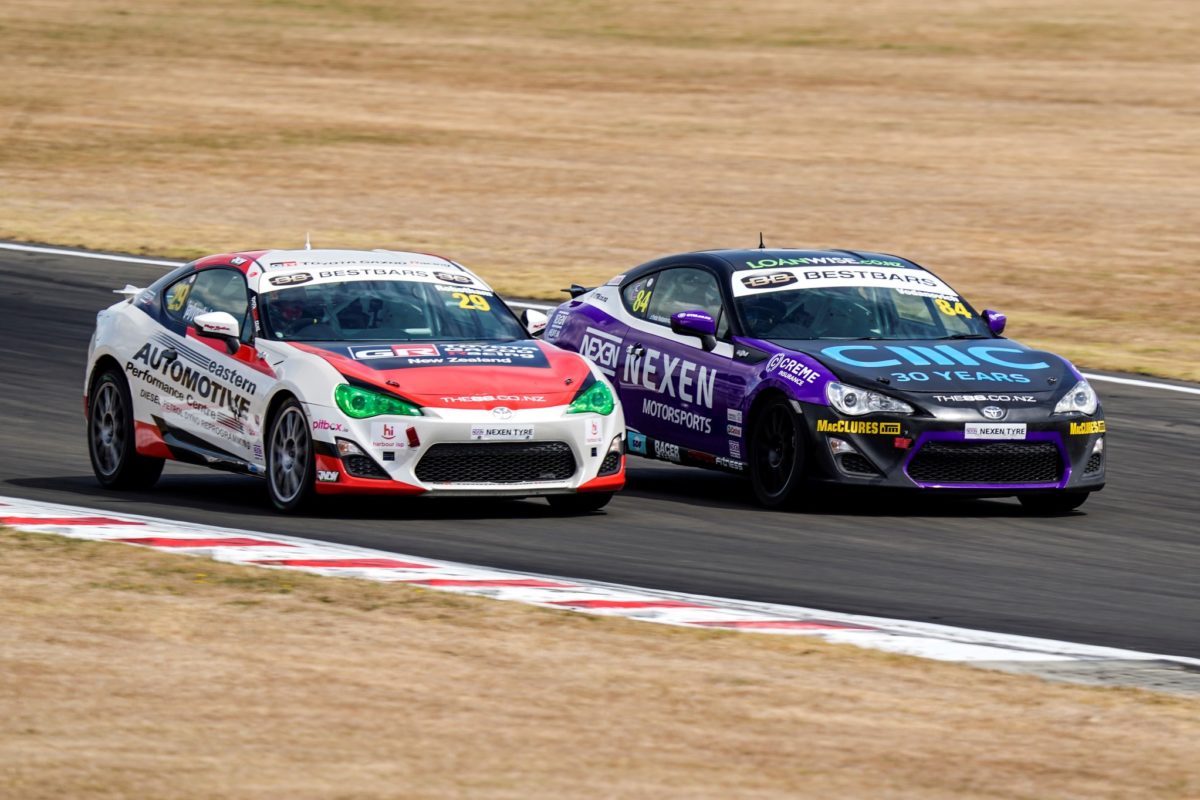 Victorian Jaylyn Robotham has admitted he is “a little bit gutted” about potentially missing a genuine title shot in the New Zealand Toyota 86 Championship finale due to border restrictions.

The 17-year-old sits two points behind Peter Vodanovich at the top of the table with the final round at Hampton Downs now locked in for September 4-6.

However, with New Zealand’s border effectively closed and no date yet on when a trans-Tasman travel ‘bubble’ might be instituted, Robotham has no obvious feasible means of entering the country.

“It’s not upsetting but you sort of don’t know how to feel about it because it’s out of your hands,” he told Speedcafe.com.

“When we first went over, we weren’t really expecting to be going into the final round around the front, so we were surprised.

“(We were) just going to each round, taking it by each round, because obviously I haven’t been over there before and driven at the tracks so each round was sort of definitely a learning experience.

“I’m a little bit gutted if I can’t go but can’t really stay focused on that.”

Robotham has conducted some other driving tasks for Toyota in New Zealand, opening the door for him to be granted an exception to be allowed to enter the country, but concedes that is unlikely.

“I think at the moment (entry is) only really (allowed for) a citizen or if you work,” he explained.

“I don’t know if I could say it’s for work, even though I’m not getting paid.

“Toyota over there wants me to go back there because I’m driving one of their cars, I think they sort of want me to, so I might be able to but I think it’s very unlikely.”

If it should actually come to pass that he is indeed allowed to travel across the ditch, with a fortnight of quarantine either side, Robotham, who is also juggling his final year of high school education, would happily endure the isolation.

“I’ll lose probably two-and-a-half weeks of school, and I don’t know if there’ll be many tests on then,” he noted.

“Even if I can go, it’ll be a bit of a struggle because obviously having to quarantine both sides, but if it goes ahead, I’d definitely go. I’m just going to have to pay the consequences when I get back.

“It would be a first championship win nationally, so even if I come second or third I’m still going to be pretty happy going over there for the first time and racing all those kids.

“They’re all quick and they’ve all driven the tracks, so I’ll still be pretty happy coming away with a top three.”