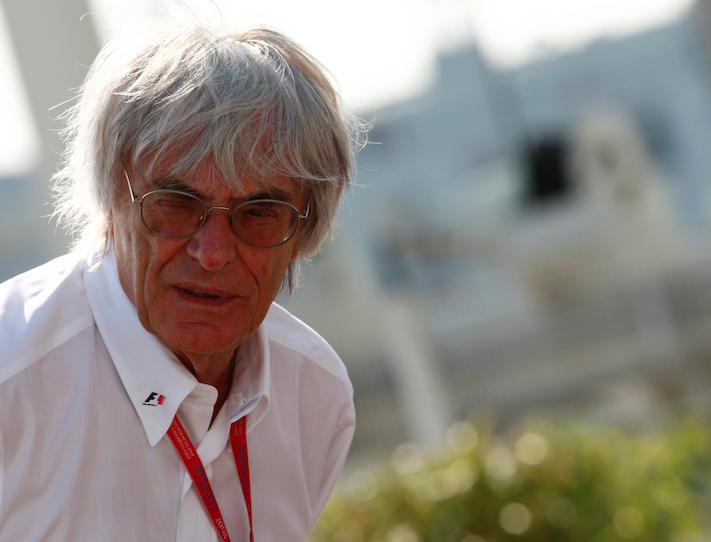 Former F1 supremo Bernie Ecclestone has become a father for the fourth time at the age of 89.

His wife Fabiana Flosi, 44, has given birth to a son which they have called Ace.

The pair are currently self isolating in Switzerland.

“We have a son named Ace. I am so proud,” said Eccelstone, who turns 90 in October.

“It was all so easy. The birth was over after 25 minutes. I thank God,” Eccelstone’s Brazilian wife, added.

Ace is Eccelstone’s first son having three daughters with his previous partners.

It was first reported in April that the self-made billionaire was set to become a father again as an octogenarian.

Eccelstone’s eldest daughter Deborah is 65 and was born to his first wife Ivy Bamford while his second wife Slavica Radic is the mother to high-profile socialites Tamara and Petra who are 35 and 31 respectively.

Deborah, who has always kept a very low profile, is already a grandmother, meaning that Ecclestone was already a great-grandfather, while Ace is automatically a great uncle.

Eccelstone met Flosi at a World Motorsport Council meeting in 2009 and the pair were married in 2012, three years after he divorced Radic, a Croatian model.

“Like all parents we have only one wish: the child must be born healthy,” Flosi said earlier this year.

“Hopefully he will never express any interest in doing something in Formula 1.”

The news comes on the eve of the opening race of the delayed 2020 F1 season in Austria this weekend.