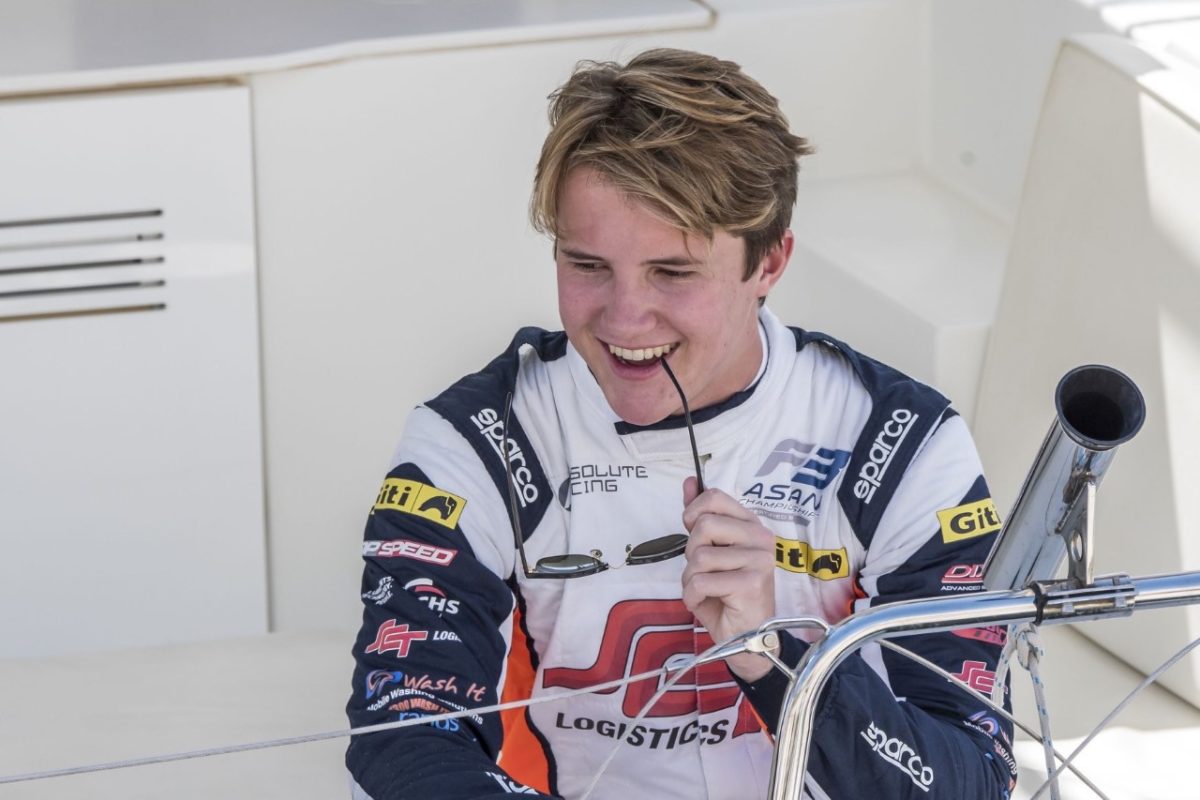 Smith has previously competed in Formula 4, the Formula 3 Asian Championship, and the Toyota Racing Series in New Zealand.

He sampled S5000 machinery at a test day at Winton earlier this year, and will line up for his maiden race at Sydney Motorsport Park in August with Team BRM.

“I had a drive of an S5000 not long ago at Winton, and it wasn’t as crazy as I thought it would be. The cars are really quite calm and I enjoyed it,” said Smith.

“From what I’m told, you drive these a little bit more like a Supercar. For a open wheel racer, that was quite a surprise to me.

“The braking is similar to any other single seater that I’ve driven, and the overall package is very good. I can’t wait to get back in the seat again.”

Initially, Smith will take in a limited programme with only the first three events locked in.

That could yet expand, pending international racing plans and his high school studies.

“We’ve locked in the first three rounds because we want to see what’s happening in the world with all that’s going on, and I still have my Year 12 exams to complete,” he explained.

“Those exams are meant to be around the Bathurst race, which would be awesome to do, but we’ll just wait and see.

“I know Team BRM really well already from when I did F4 with them.

“At that time, I was still learning, but now I’ve raced overseas, I have more experience and I’m looking forward to working with them again.

“At this stage of my career, we’re going to stick with open wheelers and see how far we can get. I really want to go back overseas, but while that is not an option, S5000 is the best for me locally.”

Chris Lambden, Category Manager, added: “It’s great that Tommy will be lining up when the VHT S5000 Australian Drivers’ Championship kicks off in just over six weeks.

“For me, the biggest upside is that it confirms that S5000 provides a challenging and viable option for one our young racers who would otherwise likely have been racing in Europe this year.

“Like the other young drivers who tested recently, Tommy represents the future of open-wheeler racing in Australia, and joins a growing grid contesting Australia’s longest-standing and prestigious motorsport championship.

“The fact that every race in the series will be live on the free-to-air Seven Network will help in building their individual profiles nationally.”

Following the opening race of the season at Sydney Motorsport Park on August 15-16 the competition will head to Sandown for Round 2 in mid-September.

Phillip Island is then poised to host the next event on a yet to be confirmed date in October.