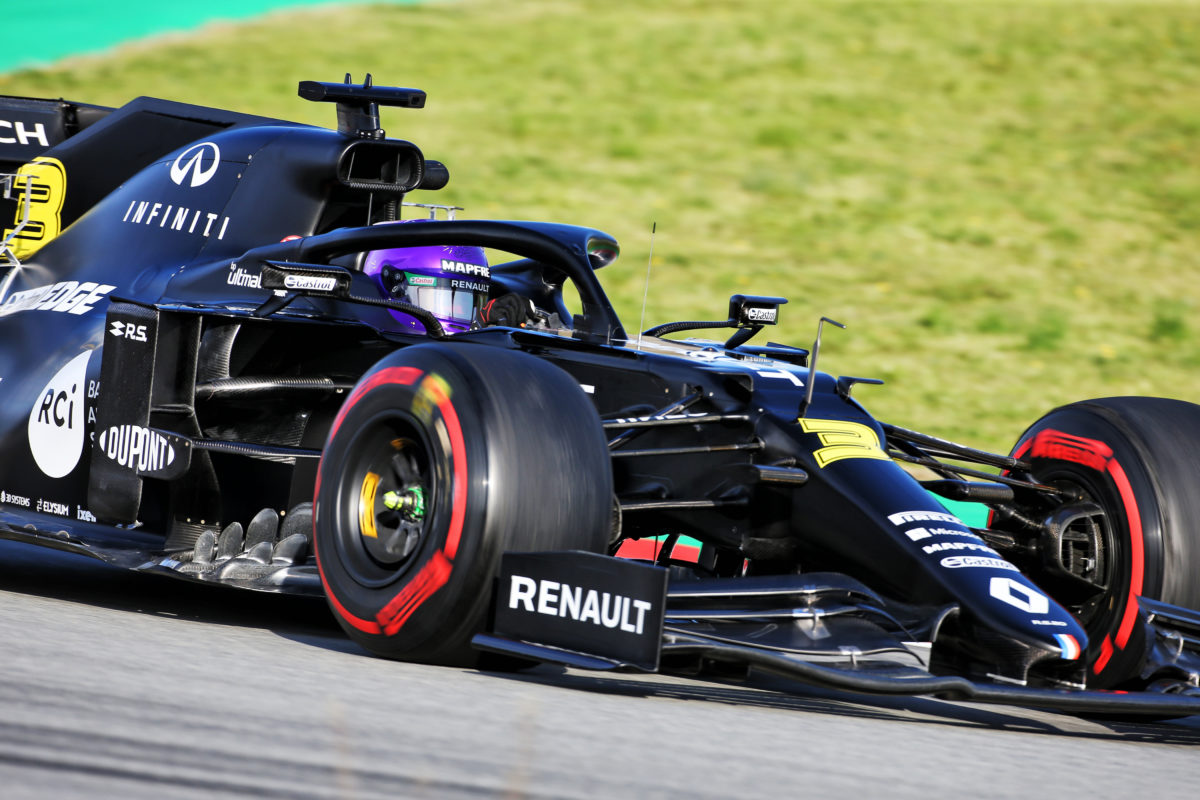 Renault will introduce chassis upgrades to its car as the 2020 Formula 1 World Championship kicks into gear in Austria this weekend.

The Anglo-French outfit has worked to bring the developments initially planned to run across the opening six races of the season to the opening round of the revised calendar.

Speaking as part of a joint interview with drivers Daniel Ricciardo and Esteban Ocon, team boss Cyril Abiteboul revealed his team has worked hard to maintain an ‘aggressive’ development programme.

“We’ve made some tough decisions during the break to do that, secure the plan, and we will execute that plan,” Abiteboul said.

“On the chassis side the upgrades are coming.

“It’s been a huge effort from internal production to get the package from race three, race five, race six – initial numbering, obviously – Vietnam, Netherlands, and Barcelona that will be on our car in Austria.

“Those races have not happened but the performance that was supposed to come will be in Zeltweg.

“But, I want to downplay any expectation because we know our car was really, really bad last year, so we just hope that we will be slightly better.”

Ferrari meanwhile will start the season with the same car which failed to impress during winter testing.

The Italian squad is instead focussing on a larger package of updates which it expects to have available for the third race of the season.

“The truth is that the outcome of the (pre-season) tests led us to take a significant change of direction in terms of development, especially on the aerodynamic front,” admitted team boss Mattia Binotto.

“First, we had to understand why we did not see the results we had expected on track and how much to recalibrate the whole programme as a result.

“It would have been counterproductive to continue in the direction we had planned, knowing that we would not have reached our goals.

“Therefore we decided to come up with a new programme that looked at the whole car, knowing that not all of it would be ready for the first race.

“Our aim is to introduce the updates at the third race on 19 July at the Hungaroring,” he added.

“Apart from that, over and above the actual development of the car itself, these past few weeks we have worked a lot on analysing its behaviour, with simulation work and with the help of our drivers and I think that will prove its worth in Austria.”

Ferrari appeared to have lost ground to Mercedes during pre-season testing, most notably in straight line performance.

At that stage it wasn’t known whether the team was simply sandbagging, running higher downforce or a lower engine mode, or whether an overall lack of downforce was influencing the drivers’ ability to carry speed onto the straight.

Heading into Austria, Bintto reinforced that his team is on the backfoot.

“We know that, at the moment, we don’t have the fastest package,” he claimed.

“We knew it before heading for (Australia) and that hasn’t changed.

“Having said that, the Spielberg circuit has different characteristics to Montmelo (Barcelona) and the temperatures will be well above those of February.

“We must try and make the most of every opportunity and then in Hungary, with the new development step we are working on, we will be able to see where we are really compared to the others, while having to take into account the developments our competitors themselves will have brought along.”

The 2020 F1 season begins with opening practice at the Red Bull Ring in Austria on Friday, followed by qualifying on Saturday and the race itself on Sunday.