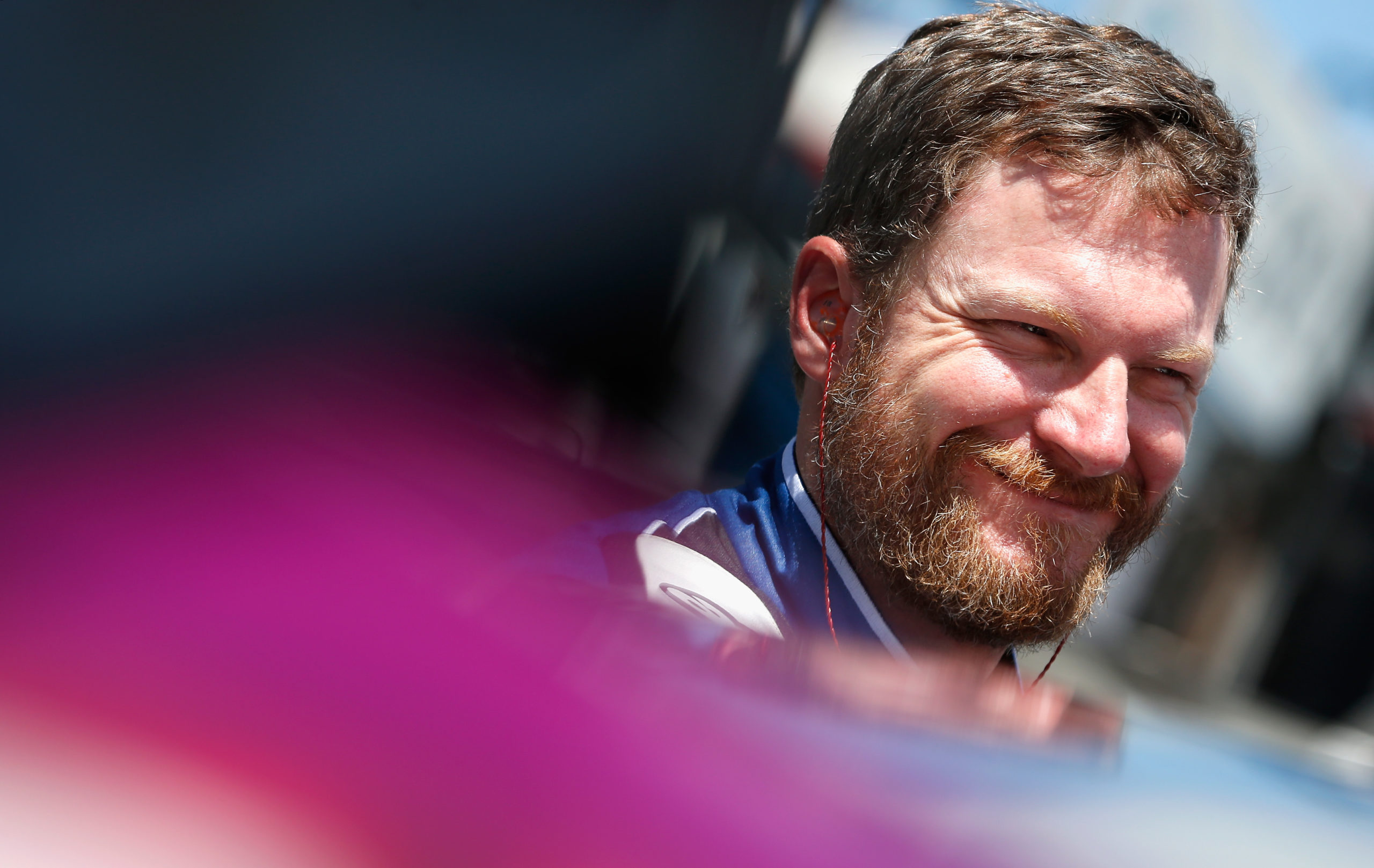 Dale Earnhardt Jr has recalled how a secret Camaro test for GM led to the NASCAR Hall of Famer getting his first Supercars test with Paul Morris.

At the end of 2007, Earnhardt Jr. moved away from the Dale Earnhardt, Inc outfit to Hendrick Motorsports for the following season.

Around that time, General Motors was in the process of reviving the Chevrolet Camaro with its “super-secret” prototype manufacturing taking place in Australia.

The two-time Daytona 500 winner was assigned testing duties of the fifth-generation Camaro down under at the Holden Proving Ground in Lang Lang.

Through Chevrolet, Earnhardt Jr. was sent to Australia and took what Paul Morris described as “a small jet full” of people with him.

Earnhardt Jr. approached two-time Supercars champion Marcos Ambrose, who at the time was only in his second season of NASCAR competition, for advice on who to talk to in Australia.

Earnhardt Jr. and Morris were duly paired up and toured the Gold Coast.

Around that time, Morris announced Russell Ingall would join his Supercars team for the 2008 season, which coincided with a test at Queensland Raceway.

“One of the best things we got to do in Australia back in 2007, Paul and his V8 Supercar team are testing… Queensland Raceway, they’re testing,” Earnhardt Jr. recalled on the latest Dale Jr. Download podcast.

“Paul has let us go play with the school cars over at the (Norwell Motorplex) driving school. I thought, alright, that was great, probably all the racing and fooling around we’re going to get to do. It was plenty and it was great. Then he (Morris) goes, ‘Hey, you want to drive a real Supercar? Come to the test’.”

Earnhardt was given the reins of a Paul Morris Motorsport Holden VZ Commodore, used in the 2006 season by Morris.

Having come to Australia with plans only to test the Camaro road car, Earnhardt Jr. borrowed Owen Kelly’s race suit and helmet.

“So, I show up to Queensland, I’m pretty damn nervous because I’ve never driven a car where you sit on the passenger side,” said Earnhardt Jr.

“The steering wheel is on the other side of the car. It had an h-pattern shifter in it. I’m shifting with my left hand, so everything is sort of backwards as far as … the muscle memory is all upside down and backwards.

“He basically set me in that car and I got to drive it all day long.

“I would run some laps, come in, and I’m like ‘alright’, he goes ‘keep running’.

“He even let TJ take it out, TJ Majors. He did a terrible job.”

The pair also recalled how NASCAR spotter TJ Majors was given a drive on the basis that Morris thought he was a driver.

“He took off out of pit lane the quickest I’ve ever seen anyone go and he never made it past Turn 1 – true story,” said Morris.

Earnhardt Jr. added, “TJ races our late model super good, he’s really good at racing an oval. I’ve raced online with him for years, so I thought ‘he can figure this out, this can’t be that hard’.

“TJ gets in, like Paul said, as soon as he drops the clutch on pit road, straight, wide-open out of the pits. He’s not working his way up to this thing. He’s just going as hard as he can.

“He goes to the first corner, heavy braking zone, and misses the braking mark by like 1000 feet. Locks up the front tyres and goes straight off the race track into the dirt and comes right back in.

Earnhardt also attended the final round of the Supercars season in 2007 at Phillip Island as a guest of Morris.

It was a trip he looks back on fondly.

“I got to really see what those cars feel like,” he said.

“I’m trying to frame this up for you, I’m going to Australia, this is going to be an incredible trip, I’m going to go to Phillip Island and watch a V8 Supercar race.

“For a motorsports fan that lives in America, this is a really once-in-a-lifetime opportunity. Then I found myself driving school cars, then driving an actual V8 Supercars a couple days later.

“I never imagined any of that would’ve happened without Paul. He never had a second thought about any of it, he’s like ‘here, do it, here are the keys’.

“It made the trip multiple times better than what it ever would’ve been.”

Earnhardt Jr. signalled his interest in racing a Supercar once his NASCAR career was over, a full-time career which only ended in 2017. However, a drive has never come to fruition.