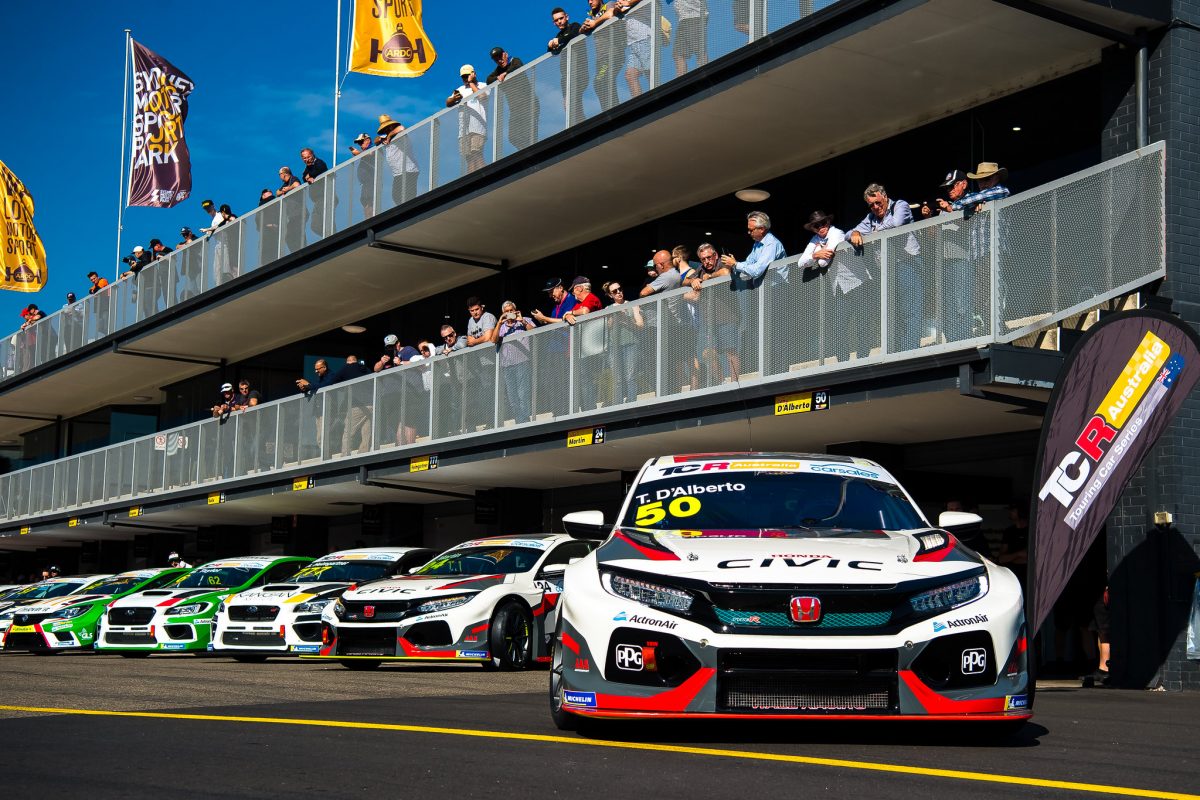 Further details of the 2020 carsales TCR Australia television broadcast have emerged with a regular time slot on the channels of Seven.

Set to take in six rounds between August and January, coverage will run from noon to 15:00 on the Saturday and Sunday of a TCR Australia event.

That includes the Bathurst International in November (which will feature increased coverage), and both legs of the Tasmanian double-header next January to conclude the season.

Confirmation of the broadcast schedule follows the announcement last November that coverage would be carried by Network 7.

Supercars Media was confirmed as the broadcast partners for Shannons Motorpsort Australia events, and the Bathurst International, in February.

Details of TCR’s broadcast times came to light through the Australian Racing Group’s ‘Race into the Future’ document.

It also revealed that the season ending Supercars event at Sydney Motorsport Park would be broadcast free-to-air by Network 10.

ARG’s portfolio of categories boasts a mixture of television coverage, with some falling under the 7plus deal and others featuring on Supercars’ deal with Fox Sports and Network 10.

The Kumho V8 Touring Cars Series falls into the latter with the category this year taking on a grid sharing arragement with the Dunlop Super2 Series in the Supercars platform.

Touring Car Masters is split across both agreements with appearances at Supercars run events and also on the Shannons Motorsport Australia Championships.

Also included within the document were the relative costs of each category, ranging from $60,000 a year for four rounds of TCM competition, to up to $240,000 for six rounds of TCR Australia action (if leasing a car).

“We are excited to have dates and a premium line-up of circuits confirmed for our return to racing,” said Matt Braid, CEO of ARG.

“Between the first live event telecasts of our categories on the Seven Network, the return of the Motorsport Australia Gold Star with S5000 and our inaugural Bathurst International and Tasmanian events, there is plenty to look forward to this season.

“The motorsport industry is generally aware that our categories offer excellent value and affordability, but we wanted to really consolidate that message across each of our categories with the support of key facts and figures, which is why we have produced the Race into the Future document.

“There are plenty of opportunities to race affordably and on a highly visible, national platform with ARG. That includes customer racing models for teams and drivers, or privateer efforts owning and running your race car – a path many young drivers and their families have taken in our categories.”

While the likes of Trans-Am and Touring Car Masters kicked off their campaigns in Adelaide in February, TCR Australia and S5000 are set to begin their 2020 season at Sydney Motorsport Park on August 14-16.

The V8 Touring Car Series opening round is scheduled for July 18-19 at Winton.