Supercars Commission ‘got it right’ with new format

Supercars Commission ‘got it right’ with new format 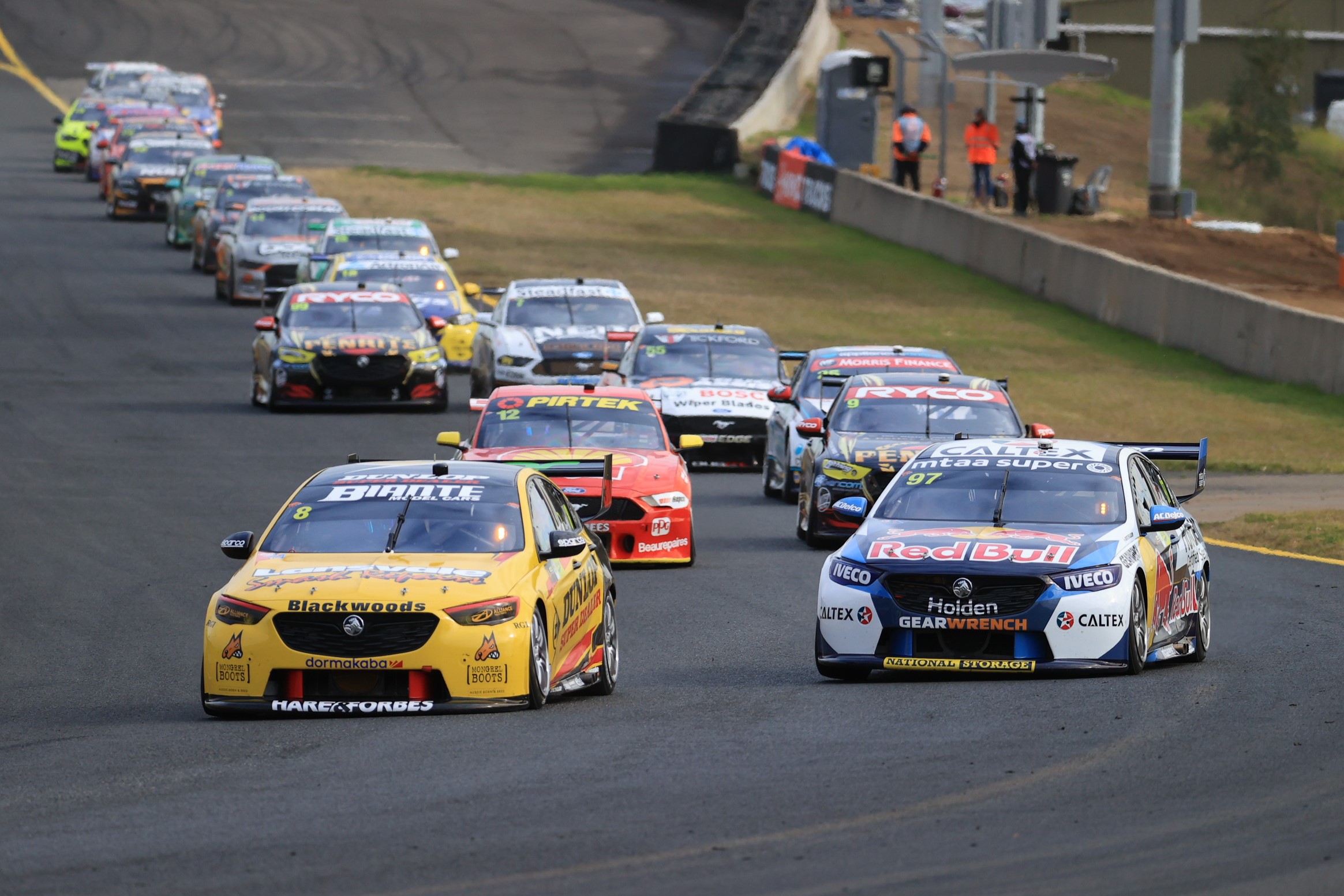 Supercars Commission members Tim Edwards and Brad Jones say they “got it right” with formats and rule revisions made to the championship upon its return.

Tickford Racing boss Tim Edwards watched the race from his Melbourne home and “played spectator” while his team claimed a podium with Lee Holdsworth in Race 9.

Speaking with Speedcafe.com after the event, Edwards said it was the perfect way to restart the Supercars season.

“You couldn’t ask for much more,” said Edwards.

“To have such a long break, to have a lot of changes, a lot of question marks about the changes that we’re implementing… just as a motorsport fan, you couldn’t not be enthralled with the show we put on.

“I think motorsport was the big winner out of that because we’re all racers and although you want your own car to do well, you also want to see a good race and good entertainment. I think we absolutely delivered that.”

The Tickford Racing Team Principal is part of the Supercars Commission that led changes over the coronavirus-induced break in proceedings.

Asked whether the changes had worked, Edwards said, “Well, I’d be biased in my opinion there, wouldn’t I? But yeah, I think we got it right.”

He added, “I’m quite capable of being impartial; even though I didn’t get the results I would’ve liked throughout the whole weekend, as a motorsport fan, I was well and truly entertained.”

He said the combination of tyre strategy as a result of limited availability and the high degrading Sydney Motorsport Park was an ideal setting for the resumption of play.

“Sydney Motorsport Park has got a massive amount of (degradation),” said Jones.

“Having one set of tyres less than what you need was a fantastic combination. And while I think our racing lends itself to longer races, this was really good. It was quickfire.

“There was no time to think about anything. I think in these really difficult circumstances, Supercars did an amazing job and the Commission certainly got it right with the tyre and format.”

Jones also watched the race weekend remotely from Albury and said the format worked well from the outside looking in.

“It was interesting for me. I don’t get that opportunity to watch it live on television and listen to the commentators. I thought the coverage was just excellent,” said Jones.

“I felt like it probably could’ve got a bit more info out of the pits, but you’ve got to understand, we were very people poor based on the numbers that we supplied to the government to get the event up. So I thought everyone contributed really well.

“I felt like the whole process ran really smoothly. I was in touch with Sean Seamer (Supercars CEO) over the weekend, who was bringing me up to date with where Supercars were on different things.

“I thought it ran, certainly from the outside, it was just really smooth, and went as planned. Certainly, I wouldn’t say there’s a lot I’d change in the short term.”

The Supercars Commission is expected to meet soon where it will discuss potential further changes on the horizon for future events.

Round 4 of the Virgin Australia Supercars Championship is the Truck Assist Winton SuperSprint on July 18-19.