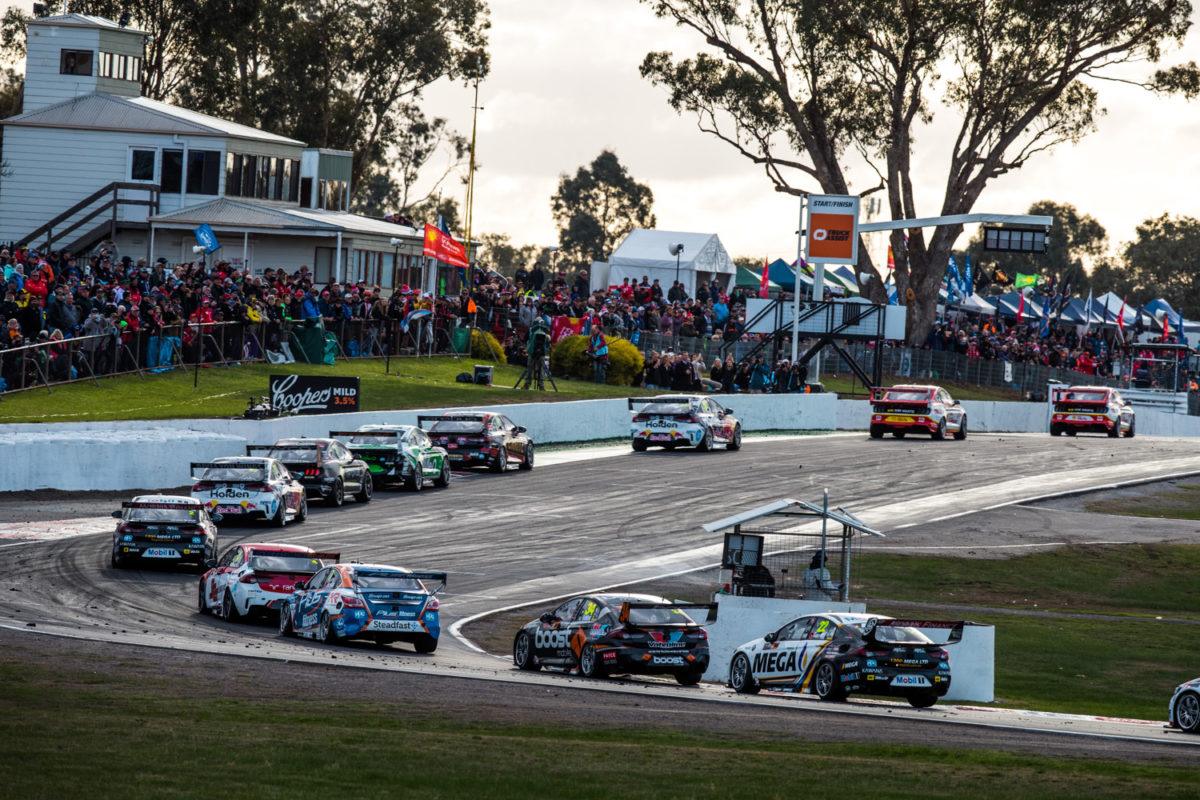 Doubts have been raised over Winton SuperSprint

Queensland’s border will remain closed to Victorians amid strengthened restrictions announced by Premier Annastacia Palaszczuk which have placed next month’s Winton SuperSprint in doubt.

The announcement comes as the state moves to Stage 3 restrictions, allowing for increased numbers at social gatherings.

Greater number of fans will also be allowed at sporting events, though social distancing must still be adhered to between family groups.

“Anyone who has travelled from Victoria, including Queenslanders, will be prevented from entering or will have to quarantine at a hotel at their own expense for two weeks,” Palaszczuk affirmed.

Those from states other than Victoria will be able to apply for a border pass, with entering Queensland having to complete a border declaration stating whether they’ve travelled to Victoria in the past 14 days.

The new measures will be introduced from midnight on Friday (July 3), casting fresh doubt over the Truck Assist Winton SuperSprint (July 18-19) and the ability for Queensland-based teams to return home following the event.

Similarly, South Australia has confirmed that it will not open its border with Victoria on July 20 while the New South Wales Premier has told Victorians living in hotspots not to travel.

That development comes as the World Health Organisation (WHO) warns the pandemic is far from over.

“We all want this to be over. We all want to get on with our lives. But the hard reality is that this is not even close to being over,” said Tedros Adhanom Ghebreyesus, Director General of the WHO.

“Although many countries have made some progress globally, the pandemic is actually speeding up.”

In response to Victoria’s current plight, South Australian Premier, Steven Marshall, has said the state will scrap the planned opening of its border on July 20.

“We are increasingly concerned about the outbreaks that are occurring in Victoria so we are not in a position to remove our border,” he said.

“Previously we had advised that this would happen on the 20th of July and I’m now advised that the transition committee’s advice is that we should scrap that date.”

The other four states/territories which maintained border closures have already been allowed entry, with NSW and Australian Capital Territory set to be permitted entry from July 20.

Supercars earlier this month announced it will not visit South Australia again this year, swapping The Bend’s planned September event to Sandown.

The Shannons Motorsport Australia Championships are not slated to visit South Australia until October, however Sandown is due to host Round 2 on September 12-13.

Located in Springvale, to the south east of the Melbourne CBD, Sandown International Motor Raceway falls within the City of Greater Dandenong, an area which has had eight cases in the last 30 days.

Springvale is not listed among the state’s hotspot suburbs.

According to Victoria’s Health and Human Services, a hospot is defined as having at least five non-overseas acquired cases since June 1, 2020.

However, Queensland’s Chief Health Officer has identified the all Greater Melbourne government areas as hotspots, meaning Queensland residents would have to quarantine upon returning home.

Last week a number of teams undertook COVID-19 testing ahead of personnel travelling to Sydney as the Supercars season restarted.

NSW Premier, Gladys Berejiklian, has today stated anyone from one of Victoria’s hotspots should not travel though the border between the two states, which is set to remain open.

Her comments come as organisers of professional sports navigate the pandemic, with the Australian Football League having to revise its fixtures for this weekend’s round due to bolstered Queensland restrictions.

“All the codes have been applying the strict Covid-safe plans which is what they should be doing, we don’t mind you playing in this state but unfortunately Victorians aren’t welcome to purchase tickets given the rate of community transmission down there,” Berejiklian said.

“We feel that the warnings we have put out, the directions we have put out, the fact that we have proactively worked with major event organisers to prevent Victorians from purchasing tickets, the messages we have sent to local residents about not welcoming friends and family from those hotspots or broader Melbourne at this time.

“They might sound like tough things to ask people to do but that’s what will keep us safe in New South Wales.”

The Northern Territory is set to open its borders from July 17, though last week confirmed that anyone travelling from a hotspot would have to quarantine at their own expense.

Queensland residents have also been told that they too will need to quarantine upon return to the state should they visit a hotspot.

Queensland Health subsequently clarified to Speedcafe.com that landing at Melbourne’s Tullamarine airport, located within the Hume Local Government Area, and transiting directly to Winton would not be considered visiting a hotspot.

Despite the fluidity of the situation locally, internationally Australia has been added to a list of countries from which the European Union will allow visitors as it looks to ramp up tourism.

Canada, China, and Thailand were also granted access, though the United States was not on the list.