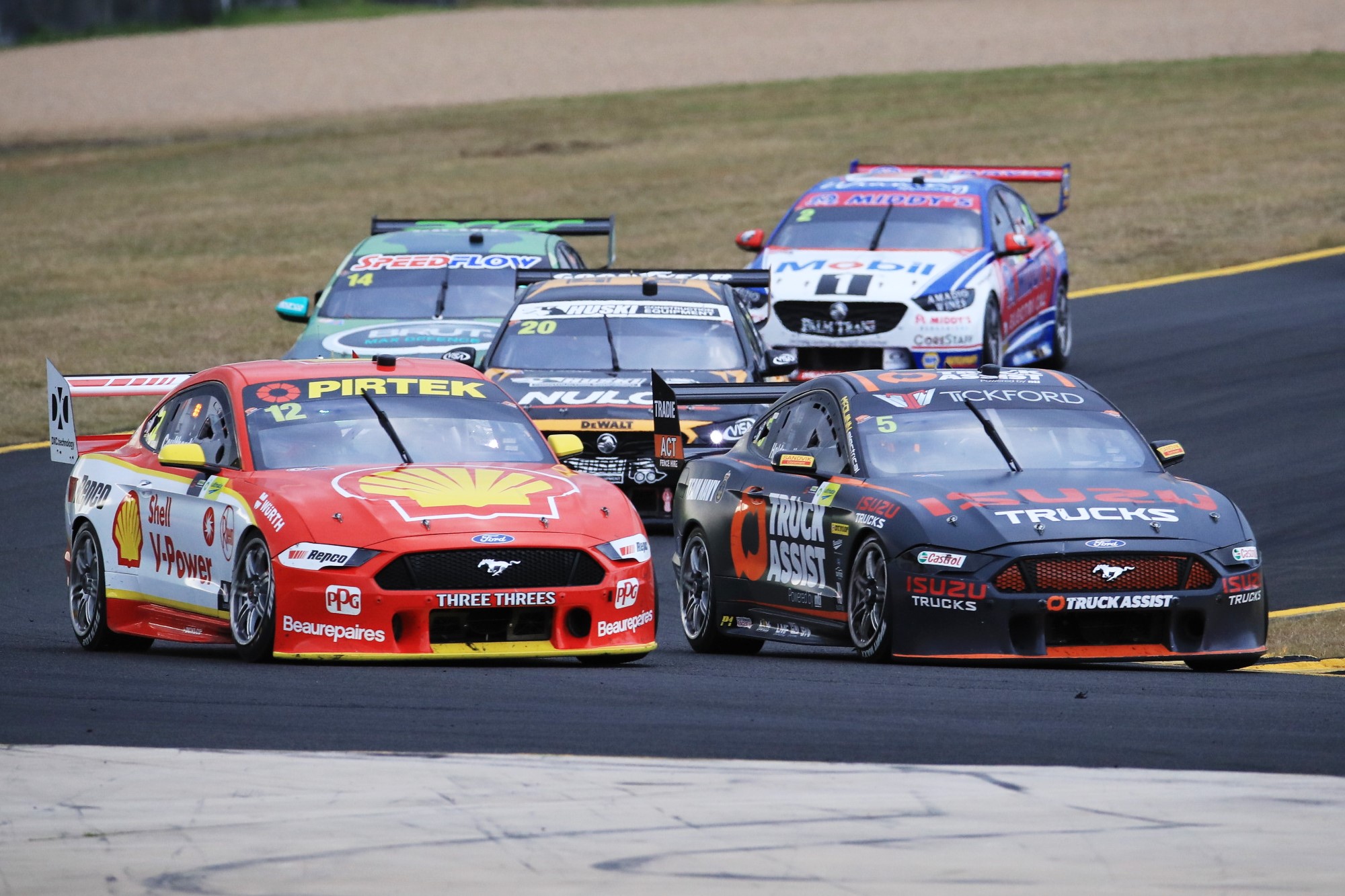 Driving Standards Observer Craig Baird has commended the Supercars field for “bumping, grinding, and getting on with it” at Sydney Motorsport Park.

The return of the Virgin Australia Supercars Championship with the Syndey SuperSprint broke a 107-day drought since the category last appeared at the ill-fated Melbourne 400 in mid-March.

It had been even longer since the first two races of 2020 at the season-opening Adelaide 500 in February.

Despite suggestions that the return of the championship could see chaos, the Safety Car was not deployed at any point across the three 32-lap races.

Every car ended the weekend without crash-related damage, only a handful sported minor cosmetic wounds from on-track battles.

Speaking with Speedcafe.com, Baird said he was impressed with the performance of the drivers after the break.

“The biggest thing for me was everyone said, ‘oh the guys will be rusty’, I reckon that’s the best I’ve seen every guy in the field,” said Baird.

“Where I was more impressed than anything is that they were all rubbing doors, bumping and grinding and getting on with it.

“But the nicest part; they weren’t just turning people around or ushering them off the road. They weren’t marching on with the advantage. It was just a good hard game of rugby.

“I was just so impressed.”

Across the two-day event, Baird received just two enquiries from teams about incidents of which no action was taken for either of them.

Baird believes the lack of downtime and less personnel on-site meant teams had fewer opportunities to try and get an advantage through judicial processes.

“I honestly think because of the limited resources on staff, people don’t have time to sit around and think about how they can out box someone on the computer,” he said.

“They’re actually getting on with it and all 11 members in the team are working, working hard, and working on their own programme.

“They don’t have time to worry about trying to screw people over by throwing them under the bus judicially.

“There was no rest time. I thought the format worked really well.

Fullwood scored his first top 10 finish in his fifth Supercars start while third-year driver Hazelwood qualified fourth in the final and went on to finish eighth.

“Hazelwood was really unlucky in the final race, he broke an anti-roll bar, but the speed he had and his tyre strategy was going to put him in very good stead for a podium,” said Baird.

“That was a shame for him, but at the end of the day, his time will come. Both of those guys, I wouldn’t say they flew under the radar, they were right there.

“You only have to look at their qualifying results but maybe didn’t quite get rewarded with podiums that were possible.”

Baird hailed the return of Supercars a success amid the ongoing coronavirus pandemic and restrictions.

“Everyone within our industry, the people that know how hard it is to actually present any form of sport in this era, it’s hard,” said Baird.

“We’re all struggling to get to showcase our sport. To rock up and have it showcased like we did was very good. It’s a big pat on the back for everybody.

“There are a lot of people behind the scenes that are organising how we go in and out of the hotels, how we use different entrances so we’re not cross-contaminating states.

“There’s all this stuff you don’t think about. We take it for granted and normally go through the gates and go racing.

“This was an eye-opener because you couldn’t get in unless you pass certain things and download certain apps and do temperature checks and paperwork.

“It was done really well. I felt safe. We worked under very strict guidelines. Everyone stuck to that.”

Supercars is set to return with the Truck Assist Winton SuperSprint on July 18-19.