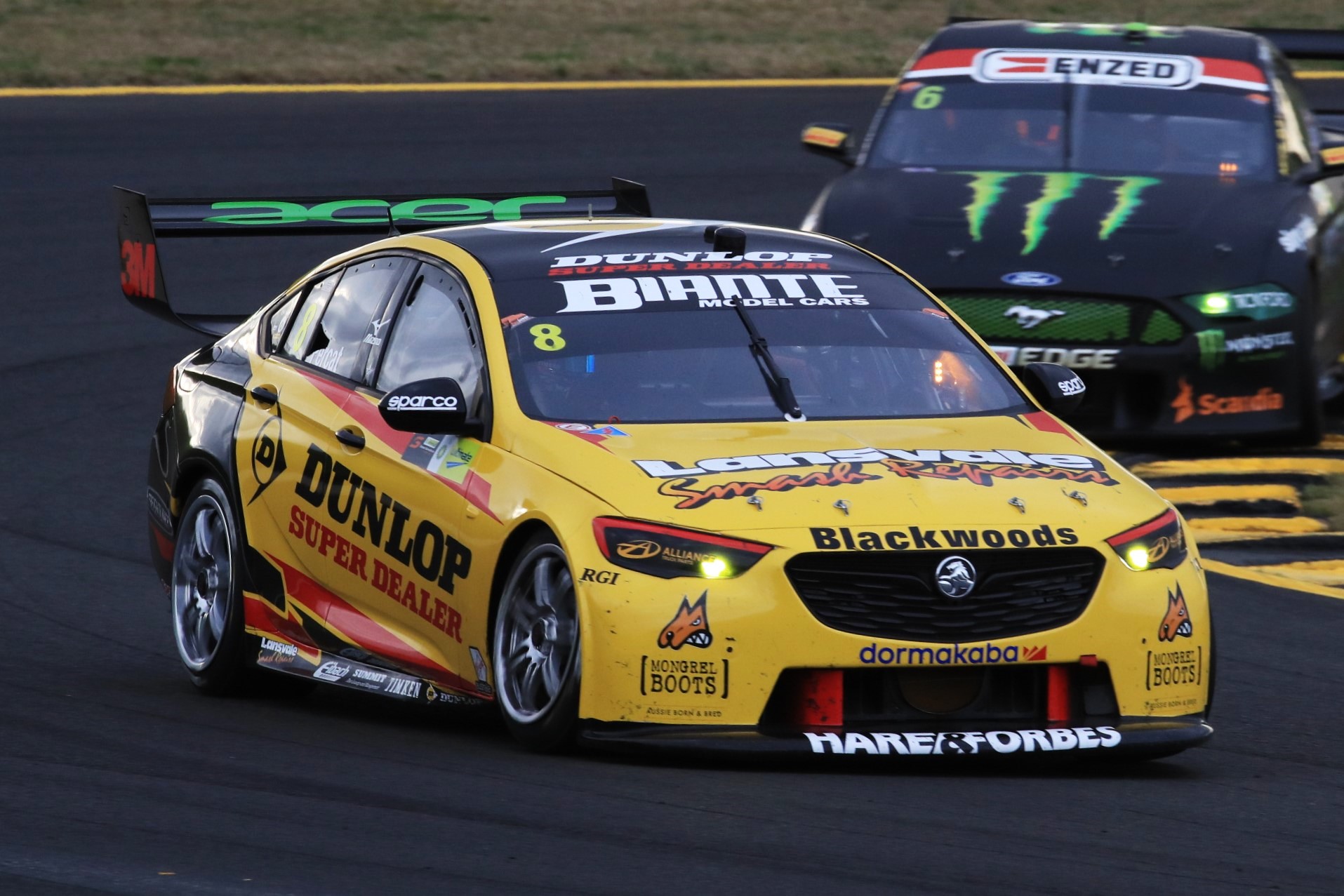 Round 3 of the Virgin Australia Superars Championship saw the season resume at Sydney Motorsport Park, a circuit typically known for high tyre wear.

Winton, by contrast, is a relatively low degradation circuit and with a shorter race format (105km versus 125km) it’s not expected to be as hard on tyres.

Speaking after the Race 9 at the BP Ultimate Sydney SuperSprint, Percat said Winton should provide entertaining racing despite the different characteristics.

“It can be a little bit difficult to pass at Winton but I think the racing should be quite good.

“Everyone is having a fair dip. It’ll be a little bit more difficult with the tyre deg.”

Percat noted the efforts of Russell Ingall, who in 2014 nearly claimed a podium for Lucas Dumbrell Motorsport after he charged through to third only to be given a drive-through penalty.

“Ingall had a crack, pitted really late and actually carved his way through the field, a turned around a few people (on the way),” said Percat, in reference to the penalty for spinning David Wall.

“It is possible. You’ll probably go six or seven tenths faster but it will be harder to get through.

“At SMP, you can be a bit creative with the way you pass people so there’s a bit more opportunity.”

Holdsworth said Supercars could consider mandating the use of soft and hard compound tyres across the three races to force mixed strategies.

“At the moment, taking two different compounds is not compulsory,” said Holdsworth.

“And I would have thought that would be a good thing to create some more racing like we did this weekend.

“I don’t think the deg is bad enough (at Winton) to want to go to a hard tyre so if we’re forced to do it, it’ll create better strategy and mix up the results again.”

He remained hopeful that the Winton event could see a repeat result.

“I enjoyed passing and there was some really good racing this weekend,” he said.

“A track with deg provides that. There’s no deg at Winton, but hopefully we can make some good spicy racing there.”