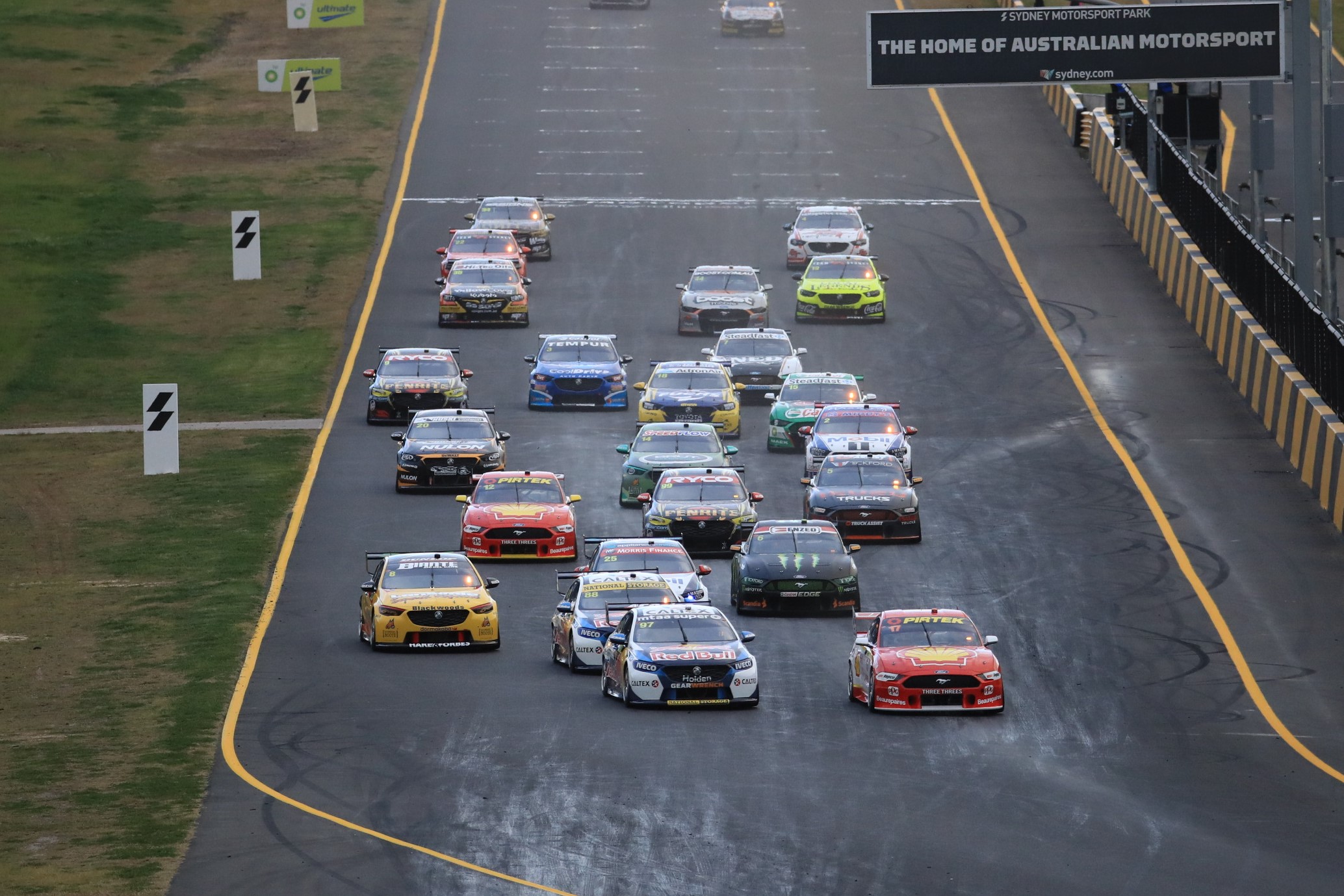 Saturday at the BP Ultimate Sydney SuperSprint saw the full field get just two practice sessions before going straight into qualifying and a top 15 shootout.

Shortly thereafter, the field made its way onto the grid for the first race. The teams only got an hour at most between each session.

“After (Practice 1) you get out, cool down, start talking to the engineers and all of a sudden there’s only 15 minutes until you’re going again,” he said.

“It was really cool today. I don’t know what it seemed like watching on TV but for us, it felt like non-stop, go-go-go all day.

“I’m wrecked now, ready for bed, come back and do it all again tomorrow.”

McLaughlin said he enjoyed the new approach to racing, however, he felt his skeleton crew struggled.

“I loved it but my mechanics didn’t like it,” said the Shell V-Power Racing Team driver.

“I love being on track all the time but I’ve never seen the boys so flat-out. It’s tough but I’m sure, when we get some support categories, it won’t be as quick.

“I do like the quickfire, how it just happens. I like the two-day format, it’s a cool thing, being here later and going home earlier.

“We’re straight on the job and it comes down to the team to roll out of the truck strong and put a lot of prep into it, which is really enjoyable.”

This weekend’s race meeting is the first to take place since the coronavirus pandemic struck March and hasn’t featured support categories.

Supporting series will return for the next round on the calendar, the Truck Assist Winton SuperSprint, on July 18-19.

While he said he leaves his Commission hat at home on race weekends, the seven-time Supercars champion said he was happy with how the day ran.

“I really enjoyed the fast pace of it,” said Whincup.

“There’s no time to mess around between sessions. You’re out, get a bit of time with the engineer and off you go.

“The day did feel long in some ways but it felt fast-paced in others. I really like the format, it’s great. I think it will get better as the rounds go on, better at managing that time in between.”

Back-to-back qualifying sessions begin at 10:35 AEST/local time on Sunday to decide the grid for Race 8 and Race 9 of the season.