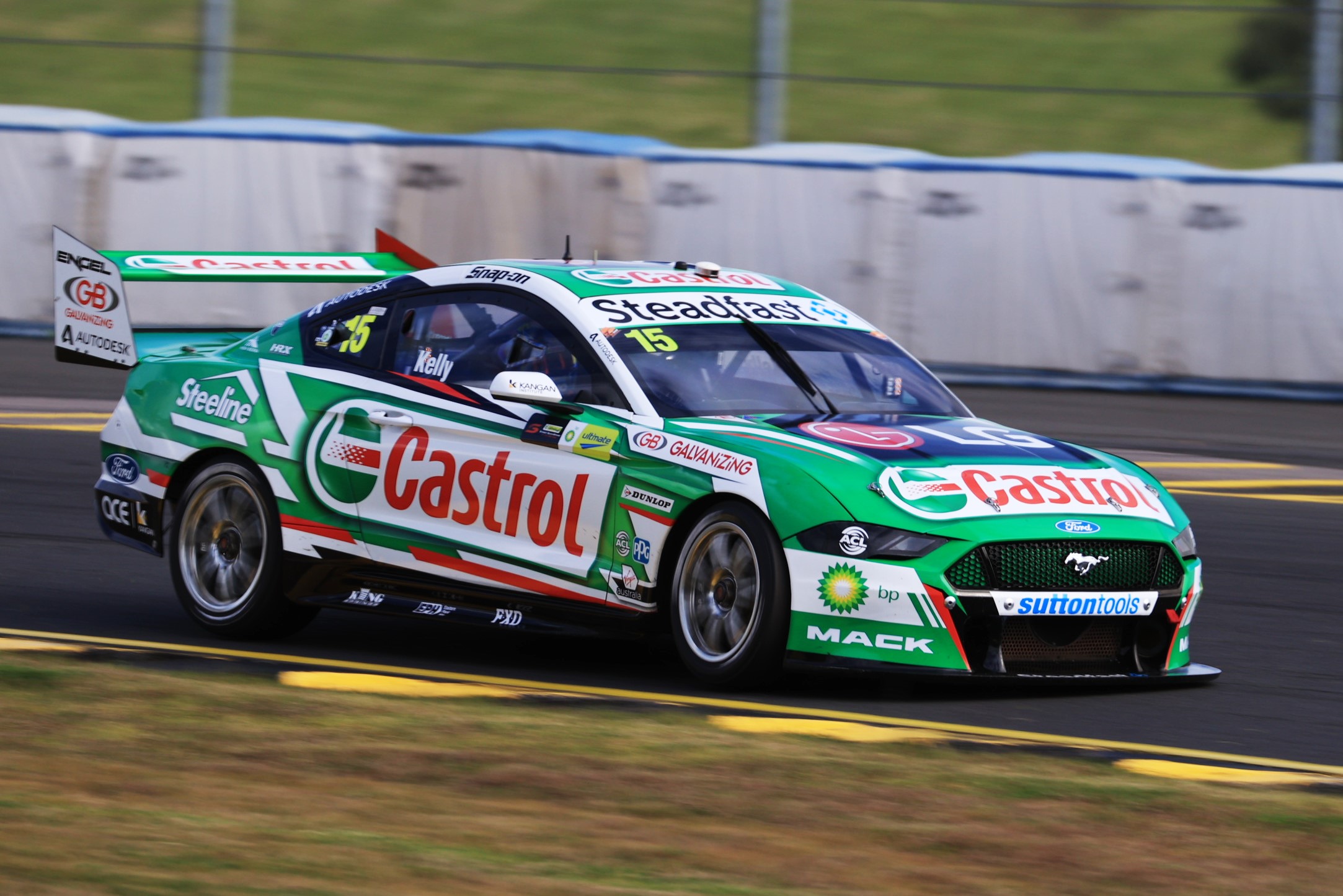 This year the Kelly Racing team moved from the Altima, a car known for having high drag, to the new-for-2019 Mustang.

Both van Gisbergen and Coulthard labelled the aero wash “the worst it’s ever been” despite changes during the off-season to the cars that dropped downforce levels by roughly 12 percent.

In a Facebook Live video, Kelly said there is a growing awareness that downforce levels need to be reduced.

“There’s a big talking point of reducing the downforce on the cars to be able to go closer and race closer and pass easier,” said Kelly.

“It hasn’t had much of an effect,” Kelly said of the changes made during the off-season.

“Even shifting from last year’s car for us to this year’s car has been an improvement. Clearly they (Supercars) haven’t dropped the aero down very much.

“As you’d expect from any manufacturer and team, they’re constantly pushing the boundaries and finding ways of improving the aero with the package they’ve got.

“Sticking the car to the ground, that creates wash. It makes it hard for cars behind and harder to pass and race. It’s definitely not like it was 10, 12, 15 years ago.”

Race 7 of the Virgin Australia Supercars Championship saw van Gisbergen cut down a sizeable lead held by McLaughlin in the dying stages of the race.

However, once the Red Bull Holden Racing Team driver got to the back of the leading Ford Mustang, he couldn’t pull off a pass.

“We still need to do some work on passing,” said Kelly.

“Like we saw (on Saturday) a couple of cars catch us so quickly, it can be a second a lap, and they can still struggle to get by.

“It’s still something that I’m sure everyone knows we need to work on to allow more passing.”

Supercars continues at the BP Ultimate Sydney SuperSprint with qualifying at 10:35 local time/AEST.