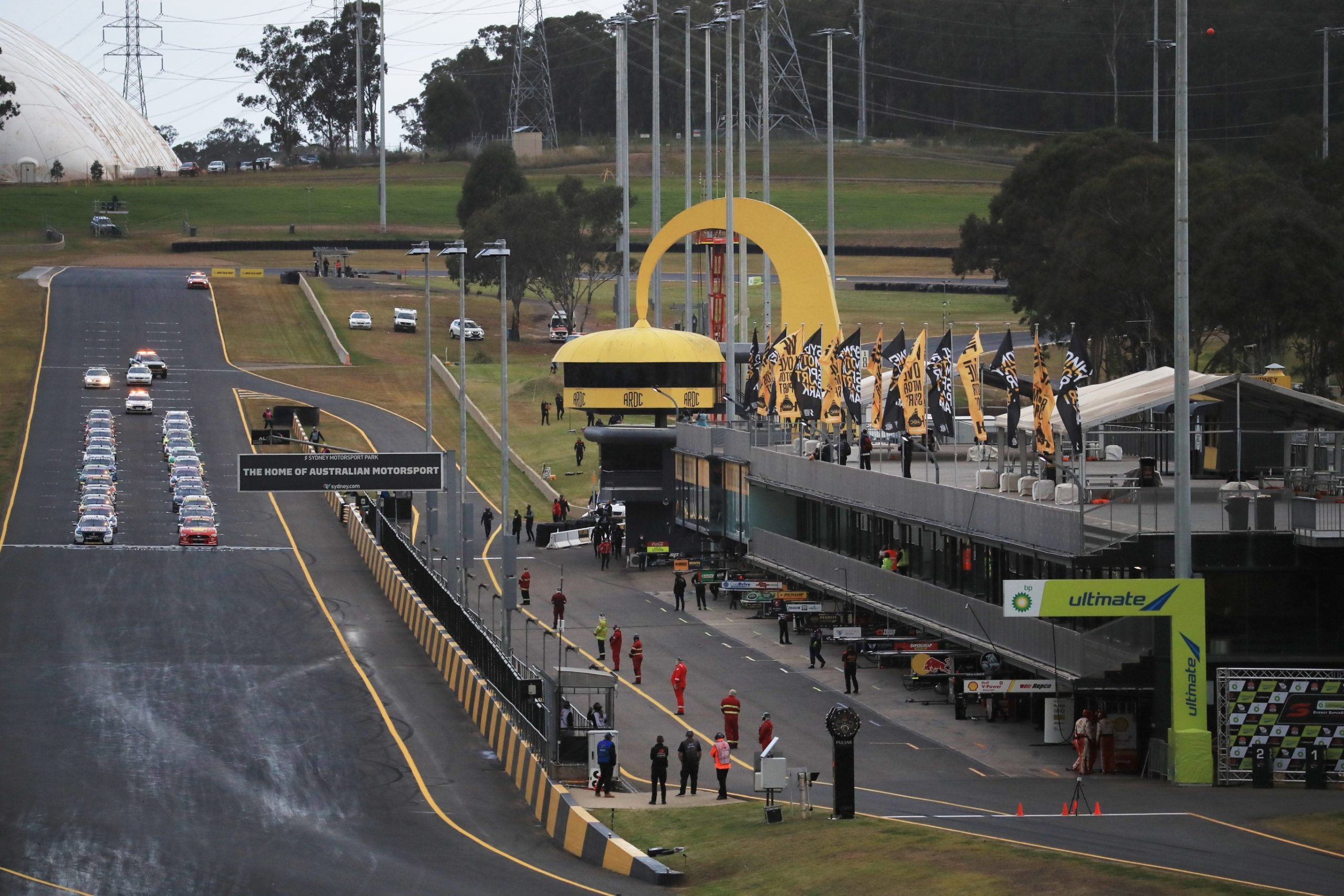 Scott Mclaughlin and Shane van Gisbergen have described the return of the Supercars as “very weird” and “hollow” without spectators.

McLaughlin won the first race of the Virgin Australia Supercars Championship since the coronavirus pandemic put a halt on proceedings at the Melbourne 400.

The Shell V-Power Racing Team driver led countryman Shane van Gisbergen to the chequered flag in Race 7 of the season at the BP Ultimate Sydney SuperSprint.

Post-race celebrations were a largely muted affair with no podium presentation, the top three placers parking next to their respective trophies.

“I’ve hardly seen anyone past the Red Bull garage. Everyone is so spread out. Everyone’s staying at the same hotel but you don’t see anyone. It’s all checkpoints.

“In terms of fans and corporates, it’s very quiet. It’s quite easy to go from your garage to your truck but it sucks in a way because that adds an element to the day.

“I’m looking forward to getting some people back here.”

“It’s weird, especially on the grid,” he said.

“You could hear Larko (Mark Larkham, Supercars Pit Reporter) talking between the cars, stuff you never noticed before.

“You love racing in front of the crowd and having all your friends and supporters here so it’s definitely a weird feeling but I think it’s going to be the norm for a while.

“In our team there was so much excitement to get back to the track, get back racing and for me, the first time I used full throttle, feeling the power again and the smell of everything.”

Van Gisbergen’s team-mate Jamie Whincup added, “It is different. We love performing in front of a big crowd so without the crowd here and the corporates out here enjoying it, it’s not as good.

“But at the same time, there’s no fluff. There aren’t all these activities going on during the day that, in some ways, feel like a waste of time.

“We’re here, we go racing. If we could do that and have big crowds of people enjoying it as well, that would be awesome.”

While fans haven’t been able to attend the resumption of play in Sydney, Supercars and its teams have done what it can to engage fans.

Fans have been able to ask questions in the post-race press conference and have also been able to show their support via Zoom calls, which are broadcast.

Race 7 of the season was won by McLaughlin, who edged out van Gisbergen to the win in a tightly contested fight to the chequered flag.