Courtney seeking to ‘reprogramme’ himself after Mustang debut

Courtney seeking to ‘reprogramme’ himself after Mustang debut 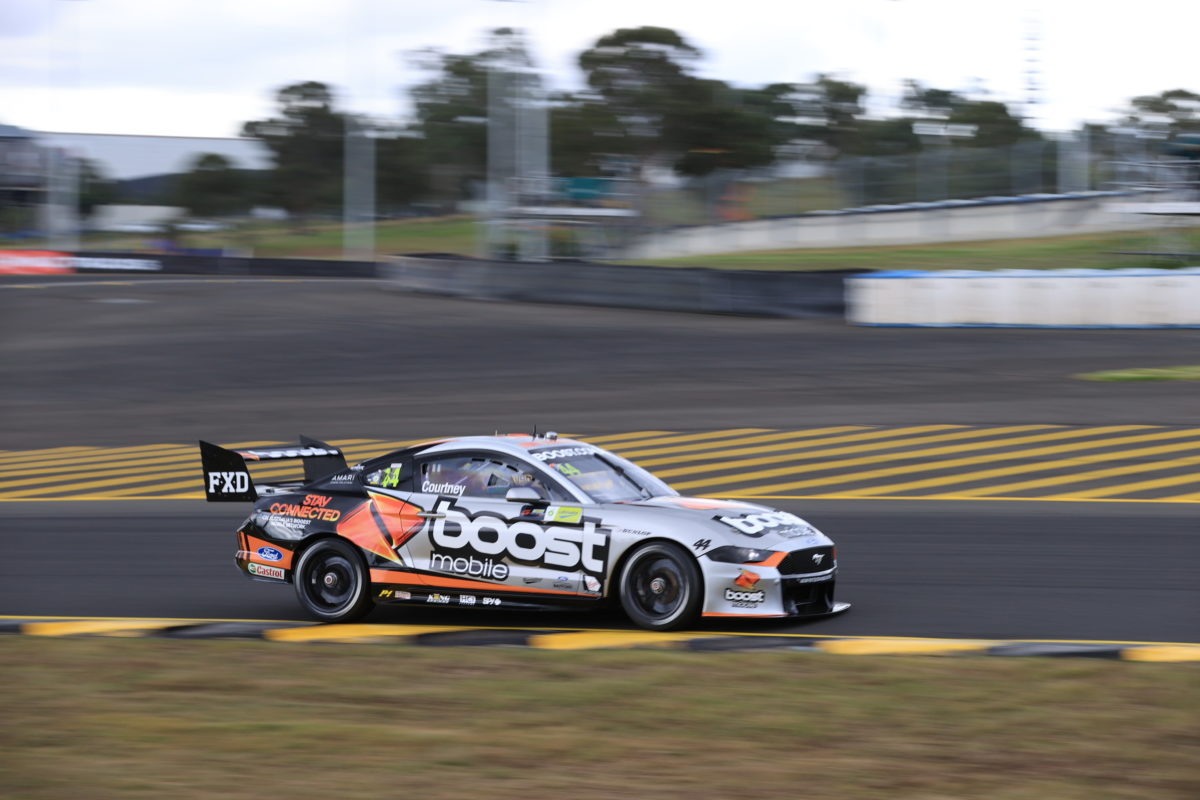 James Courtney says that he still needs to “reprogramme” himself after his first weekend in a Ford Mustang at the BP Ultimate Sydney SuperSprint.

Courtney made his first start with Tickford Racing after a deal put together by Boost Mobile following his sudden exit from Team Sydney, with which he contested the season-opening Superloop Adelaide 500.

It meant that Practice 1 on Saturday morning at Sydney Motorsport Park was the first time that the 2010 champion had driven his new ride, after nine years with Walkinshaw Andretti United and the one event in a Triple Eight Racing Engineering-built ZB Commodore in February.

Courtney only qualified 21st, 15th, and 18th for Races 7 through 9 of the season but raced to finishes of 12th, ninth, and 14th respectively.

“To think yesterday I rolled in here, never even really met anyone or sat in the car or done anything…” he noted on Fox Sports’ Supercars Trackside.

“We’ve done three races now, couple of qualis, and normally you wouldn’t really be that excited about being top 15s but we got a ninth, a 12th, and a (14th), so went forward in all the races.

“The characteristics of the car to get how it generates its speed is really quite different, so that muscle memory of how you drive the car is something I’ve got to try and sort out and reprogramme over this next little break.

“With a track like this, this is going to highlight it more than anywhere because you’re so long in those corners. So, looking forward to Winton.”

Having taken over the Mustang driven by Will Davison before 23Red Racing pulled out of the championship due to the loss of its major sponsor, Courtney now shares a garage with the driver of Tickford’s #5 Mustang, Lee Holdsworth.

Himself a veteran but embarking on only his second season with the squad, Holdsworth, who finished second in Race 9, backed up his new team-mate’s comments.

“I feel, as far as Car 5 goes, we’re on a good path,” he said on Supercars Trackside in reference to his own progress after a second podium with Tickford.

“We’re a little bit different to the other cars, there’s some idiosyncrasies that I like in the car that the other guys don’t, but we’re working very well and developing in the right direction; all the same direction, but different ways of skinning the cat.

“I think it’s (Tickford) a great place to be and JC coming into the team has been a good addition.

“Obviously Will was awesome to work with and I really enjoyed having him by my side in the garage, but JC’s been really good and I think he’s only going to get stronger.

“He’s having to adapt his driving style a lot, similar to the way I was at the start of last year.”

In the other Tickford garage are Cameron Waters and Jack Le Brocq, the former of whom has been a fixture since 2014, initially in the Dunlop Super2 Series, and latter of whom return this year having contested Super2 with the Campbellfield operation in 2016.

“The other guys in the driving group couldn’t have been more welcoming,” said Courtney.

“It’s really pretty unusual that there’s no sort of angst or any pressure or tension or anything within the group.

“They’re all great lads and they’re all trying to help me get up to speed, so thanks to everyone at Tickford, thanks to the guys at Boost Mobile, and thanks everyone for putting up with us through that Eseries.”

Having not in fact missed a race due to the cancellation of the Melbourne 400 at March’s Formula 1 Rolex Australian Grand Prix, Courtney crept up from 22nd to 19th in the championship over the course of the Sydney weekend.

The Truck Assist Winton SuperSprint is next on July 18-19.