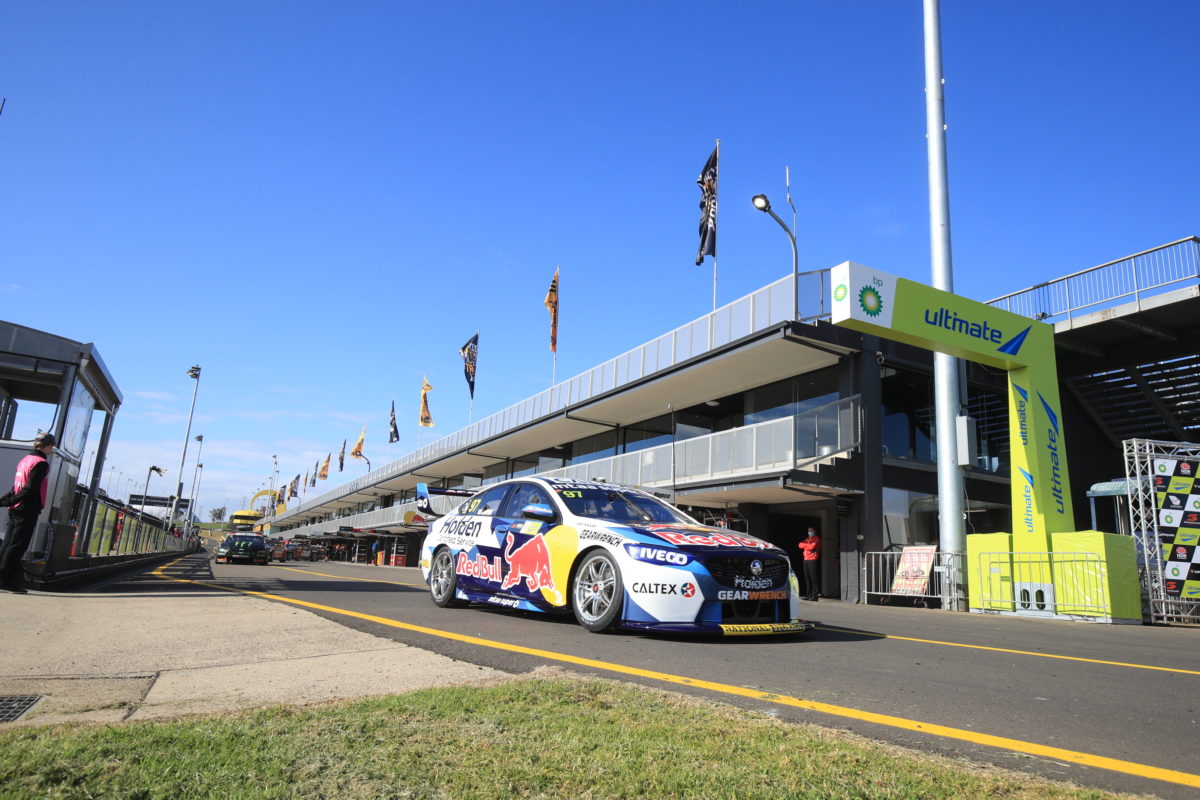 Shane van Gisbergen has gone fastest in Practice 1 for the BP Ultimate Sydney SuperSprint while Scott McLaughlin was second.

McLaughlin held the ascendancy for much of the 30-minute session courtesy of an impressive second flying lap and little movement between the first and last runs, but ended up 0.1607s adrift all told.

Van Gisbergen sat outside the top 10 when he clocked a 1:28.9179s in the #97 Red Bull Holden Racing Team ZB Commodore just before the chequered flag came, with McLaughlin rebounding from eighth spot soon after.

The former would not be drawn on the obvious limp he walked with when he stepped out of his Triple Eight entry, but did express his delight at being in a race car again.

“That was awesome to get back out there. I’ve missed that feeling of new tyres, a clean track and at the end there it was so cool. It’s really good to be back.

“When you haven’t driven for so long, the first time you put your foot down it feels so fast and at the end, you want more grunt. It’s a really cool feeling.

“I’m just getting used to what I need from the car again and what direction we should go in. We don’t have much time now so we need to figure it out quick. There’s not much data to look at any more so we’ve got to find the direction we want to go now.”

Anton De Pasquale, who racked up 14 laps of Sydney Motorsport Park on his first run in the #99 Penrite ZB Commodore, earned third with a 1:29.4014s on his second and final run, while Chaz Mostert was almost four tenths further back in the #25 Mobil 1 Appliances Online ZB Commodore.

Rounding out the top 10 were Andre Heimgartner (#7 Ned Mustang) and Lee Holdsworth (#5 Truck Assist Mustang), both around three quarters of a second off the pace.

Notables outside the top 10 included David Reynolds (#9 Penrite ZB Commodore) in 11th and Bryce Fullwood, who was fastest in the earlier ‘rookie’ session, in 15th in the #2 Mobil 1 Middy’s ZB Commodore.

James Courtney, in his very first session in a Ford Mustang, ended up 17th.

The former Team Sydney driver had Tickford Racing’s #44 Boost Mobile Racing second-fastest when the first runs draw to a close on a 1:30.4836s, but found less than two more tenths after locking a left-front near the end of proceedings at Bond Bend (Turn 2).

That was the main incident in a relatively trouble-free session, although Jamie Whincup reportedly needed a flywheel change in the #88 Red Bull Holden Racing Team ZB Commodore just before the field was let loose.

The seven-time champion was bottom of the order after pitting at the end of his out lap, and wound up 23rd with a best time of 1:31.7047s.