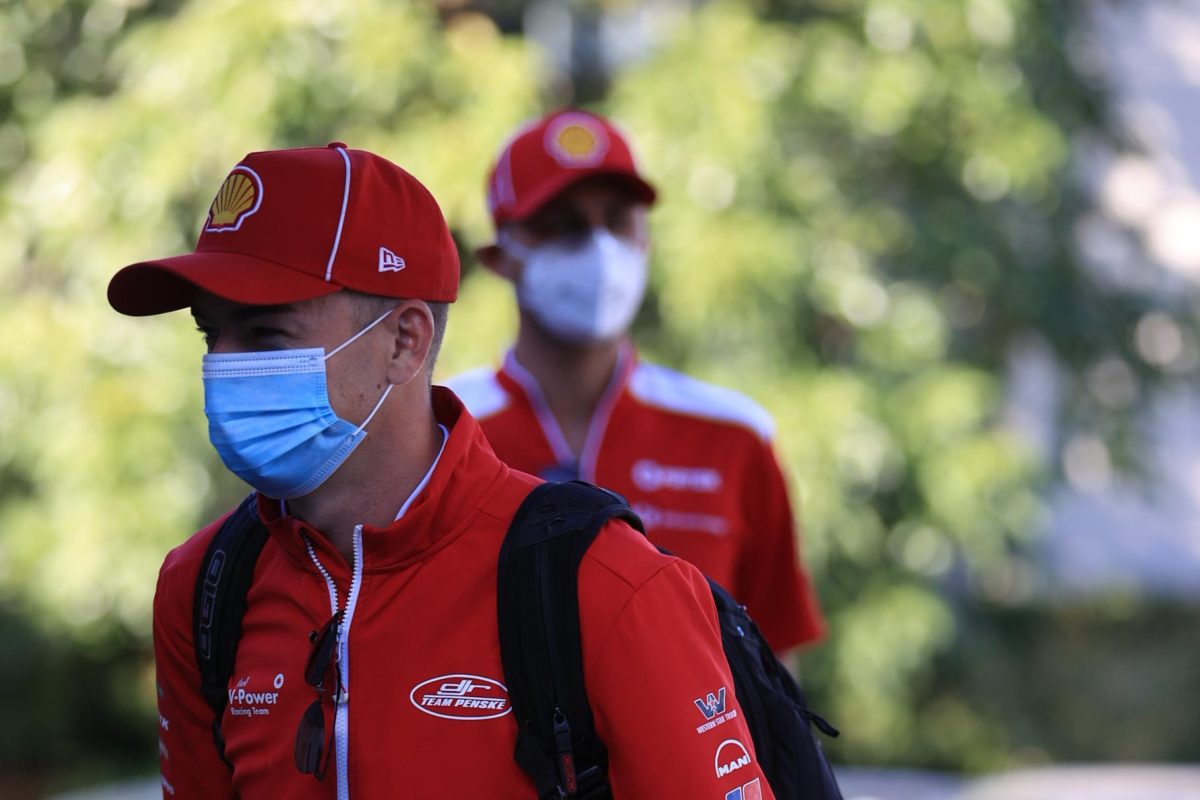 Supercars Medical Delegate Dr Carl Le has outlined the level of preparation that has gone into making this weekend’s BP Ultimate Sydney SuperSprint as COVID-safe as possible.

Today’s on-track activity at Sydney Motorsport Park marks the first high-level racing which will take place in Australia since the local outbreak of the coronavirus in March.

Even in the past week there has been concern that the return of the Virgin Australia Supercars Championship could be affected by the new outbreak in Melbourne, where half of the field is based.

Dr Le, who has helped develop the protocols which will be in place today and tomorrow, is nevertheless satisfied with the environment which competitors and officials will find themselves in.

“Even before the resumption of the racing was announced, Supercars were already well underway in terms of talking to stakeholders, health departments and medical advisers, including myself and other doctors from Motorsport Australia with guidance as to when things can resume,” he told Speedcafe.com.

“Obviously, Motorsport Australia released the Return To Race paper, as a guidance as to which way to head, and the first two Supercars events (since the season suspension) are promoted by Supercars.

“That is a good thing because the Supercars events team were able to take over and really push on and create the necessary documents, basically looking at an event as a workplace, and then doing all the necessary steps to make sure that it was a safe workplace from an infection prevention and control point of view.

“I know that many hours have been spent by the event managers and I was writing many documents. I’ve given them my counsel and recommendations throughout the process.

“Even with the recent spike in numbers in Victoria, Supercars were very quick to respond to that and, again, went back out to stakeholders, health departments to confirm, firstly, that the New South Wales border wasn’t going to close.

“Interestingly, Queensland (where three teams are based) has one of the strict border controls where, upon re-entry into Queensland, you would need to self-isolate if you were in a hotspot, so that’s something that we’ve been monitoring.”

Among Dr Le’s work during the pandemic has been an update to the Supercars Track Services Medical Guidelines document which he maintains for the purpose of standardising such services at all events.

The guidelines now include a series of recommendations pertaining to COVID-19 such as telephone screening prior to face-to-face medical consultations, which will be in place this weekend, and advice about personal protective equipment.

Supercars CEO Sean Seamer explained that Sydney Motorsport Park was chosen for the first event back, in part, because the circuit’s facilities lend themselves to compliance with COVID-19 restrictions/precautions.

According to Dr Le, the spacious nature of the paddock and nearby hotel, both features identified by Seamer, are not the only benefits of the circuit.

“As you know, everyone’s staying at the one hotel, which is walking distance to the circuit itself,” noted the doctor.

“They’re a company called Ambulance Service Australia, and they’re very professional and they’ve been involved in this from the get-go as well, because they not only are running this weekend’s event, but they need to look after that circuit for all their other corporate and all their other drive days and other events that they have there as well.

“And, thankfully, at Sydney Motorsport Park they have quite a high-level permanent medical centre that was actually was quite easy to make COVID-safe as well.

“Each event has a local doctor who’s in charge of that circuit’s medical services; (SMP’s) is Matthew MacPartlin. He’s an emergency specialist, he’s very motorsport experienced, he’s on the Motorsport Australia (National) Medical Advisory Committee, so he’s been integral in preparing for this event as well.”

A focus of the weekend will also to ensure that the circuit remains a ‘clean’, coronavirus-free environment.

“There’s a lot of things that are about effective communication,” added Dr Le.

“Ambulance Service Australia has been very effective in communicating with (nearby) Blacktown Hospital, their emergency department, (and) we’re aware of where screening centres are so that, if needed, those resources could be used.

“I guess one of the game plans of the weekend is that if anyone does have any signs or symptoms of a respiratory illness, that they’re referred away from the circuit, to try and maintain the circuit as a clean circuit.”

Melbourne-based squads Walkinshaw Andretti United and Team 18 are known to have had all travelling personnel tested for COVID-19 this week, with all returning negative results.

Anyone entering the circuit this weekend will have their temperature checked, and various social distancing measures have been implemented, while each team has had to appoint a COVID-19 Compliance Officer.

On-track proceedings commence with Rookie Practice from 10:20 local time/AEST, followed by Practice 1 at 11:00.