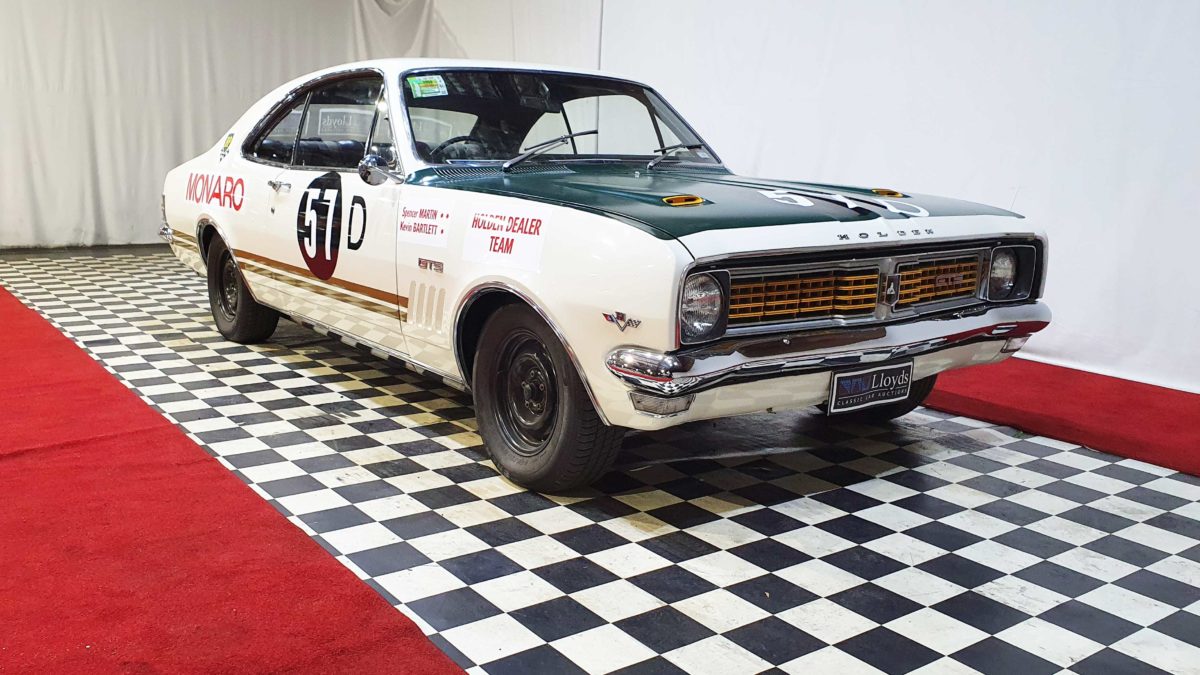 The classic Holden Monaro expected to reach $1 million at auction may not be allowed to leave Australia.

Lloyds Auctions has been told by the Department of Infrastructure, Transport, Regional Development and Communications that the rare Monaro could be an Australian protected object.

“We have been recommending General Motors buys this car and donates it to an Australian museum as a parting gift for them leaving the country,” said Lloyd Auctions CEO Lee Hames.

“While we’re seeing rare classic cars like Holden Toranas and GT Falcons selling for hundreds of thousands, none have the colourful back story or cultural significance of this Monaro, which is what makes it so rare and special.

“The enquiry on this car is massive from all over the country and we expect that this incredible piece of history will break seven figures – making it the most expensive Holden ever.”

This particular HT Monaro debuted at the 1969 Sandown 300 but a fiery crash at the 45-minute mark ended its race prematurely.